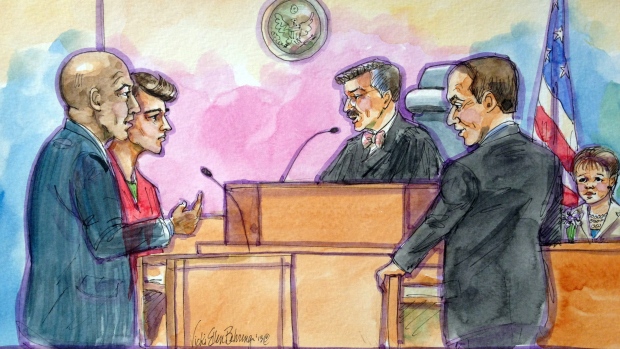 The original Silk Road was taken down over a year ago and the trial its supposed founder will start Tuesday. The man the FBI arrested for running the first online marketplace was a computer geek and libertarian, named Ross Ulbricht.

Ulbricht is facing multiple charges, including drug trafficking and money laundering to hacking and criminal enterprise. In the two years, the site was operational; it was reported it earned over 80 million dollars in bitcoins, a large amount of which have been confiscated and sold by United States Marshalls to bidder.

The high profile case has been wrapped up in controversy, including how the FBI originally hacked the site. When pressed by the defense, the FBI said they used a bug in the captcha forum to get behind into the inner workings of the site. Many computer scientists refute that this was the case. The defense believes the FBI illegally hacked into the website and is trying to cover it up, but the judge ruling over the case rejected this in a technicality.

Many libertarians and internet activities believe the outcome of the case could affect us all. “As the internet community has quickly recognized, the government’s facile explanation of how it located the Silk Road servers raises more questions than it provides answers,” Joshua Dratel, Ulbricht’s lawyer, wrote on his blog. “It is easy for the government to provide a selective narrative, but without verification through documentation and forensic proof, the explanation…simply does not suffice.”

A similar site, but ran by a completely different person was Silk Road 2. The site was later shut down and is founder, Blake Benthall;  the arrested. Where he is in the legal process is unclear, unlike the operator before him. According to deep web news site, DeepDotNews, he has been released from prison and is either on parole or the custody of another law enforcement agency.

What do you think will will happen in Ulbricht’s trial? Let us know in the comments below

The Central African Republic Actually Adopted Bitcoin. What Else Do We Know?