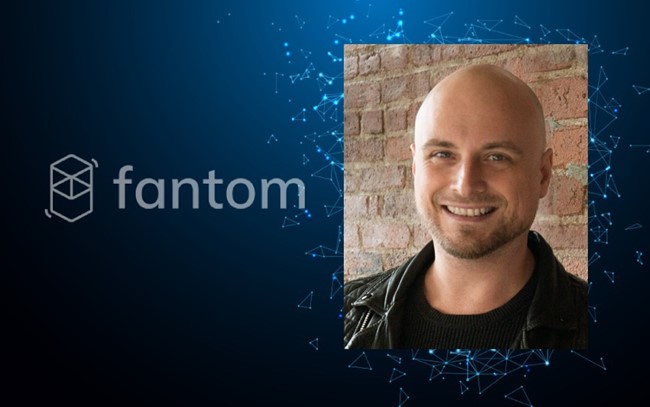 Today, we’re talking with Simone Pomposi, the Head Of Marketing at Fantom, who will share his Fantom journey with us. He will also give us insight into Fantom Tech’s secret sauce and some recent developments around the company.

So, Simone, how did you join the Blockchain industry and the Fantom Foundation?

I came across Bitcoin in 2013, two years after it launched, but did not wholly register what it was, its purpose, and potential until 2017. Once I truly understood the revolution blockchain was, there was no turning back.

In early 2018 I joined the Fantom community as one of the first people in it, and in 2019 I hosted an event along with them. And finally, in 2020, I joined the company!

As the marketing head, what are your current plans with Fantom?

Currently, a few things are going on simultaneously. First, our marketing plan execution is right on track. We’ll soon also have a completely revamped Fantom wallet with several cutting-edge features. And we’re also planning to expand our tech applications with new DeFi projects.

How do you envision your career to make a difference, and are there any goals you’ve set for the company?

To put it in simple terms, I see a future where blockchain adds value to people’s lives. Fantom holds immense potential to tap into its technology and be applied in our day-to-day lives so that people can truly explore and benefit from crypto.

That’s quite profound. Let’s talk a little bit more about Fantom. How did it seamlessly shift to Decentralized Finance from Smart Cities?

Right! So Fantom is the ideal blockchain platform for DeFi applications. That’s where the demand is now, and Fantom elevates the user experience compared to other platforms. Fantom evolves and adapts with time. Smart Cities are quite far out in the future; Fantom will be ready for them.

Fantom has accomplished quite a lot since it began, and its growth has been pretty rapid. Would you say that all your tech goals have been achieved, or is there something bigger in the making?

If we consider tech exclusively, then yes, we have accomplished the goals we had set for ourselves. However, there’s always more to leveraging the tech to improve the applications and services. As an industry, we are ever-evolving, and so the improvements would be progressive, too.

What do you think is Fantom’s forte & what’s that one thing that Fantom knows to do better than the rest?

Considering there are so many networks out there, we tried to provide solutions to the challenges they faced, thus becoming better than most. Today, on Fantom, transactions are confirmed within a second, faster than any other network.

Furthermore, Fantom fees are among the lowest in the market. And if that wasn’t enough, we ensured that the network is EVM compatible so that developers can use Solidity, Vyper, and other tools used on Ethereum on Fantom as well.

Additionally, Fantom security doesn’t depend on other networks, and we provide some of the most effortless ways for anyone to migrate to the Fantom chain. There are bridges such as Multichain.xyz and SpookySwap that help users transfer their assets onto Fantom.

As you can see, we stand out in several major aspects of blockchain platforms, which sets us apart.

We all know of the Blockchain Trilemma, and I’m sure you do too. So do you think you’ve solved that challenge, and are there any other platforms that have solved it?

Well, I believe that Fantom is solving the trilemma. Fantom doesn’t make any trade-off between scalability, decentralization, and security.

To name a few other companies doing pretty well in solving the challenge, I’d say Algorand, Solana, and Avalanche, among the others. None of them, though, have the same ease of use and seamless onboarding as Fantom has.

Besides this, some talks suggest Fantom will be collaborating with Andre’s projects such as Yearn. Are these mere rumors, or is there something under the wraps that is soon to be revealed?

Yearn is an excellent product, but it’s an aggregator. To make sense and function correctly on Fantom, there needs to be enough TVL and protocols on the network. Once that happens, I believe Yearn will add a lot of value to Fantom.

One of the biggest challenges the crypto industry faces is the high volatility of digital currencies. Prices are hype-driven, and hence they can soar or crash pretty unpredictably. Do you think this challenge can’t be solved in the DeFi ecosystem that Fantom operates in?

Well, whenever there’s something new, it’s more volatile. Cryptocurrency is an industry in its nascent stages, so the volatility you see is higher. However, once digital currencies become more widely adopted, volatility will solve on its own.

Volatility also leads to higher risk and rewards. Once that reduces, it won’t be the case, and people may miss it.

Right! So this brings us to the end of our interview, and I must say it was pretty insightful. Any last thoughts or messages for the community?

As I’ve stated earlier, the industry is in its early stages. There’s immense potential for greater things to happen, so now is the time for you to join the bandwagon. Fantom, too, grew exponentially both in scope, adoption, and user base. The future holds limitless possibilities.