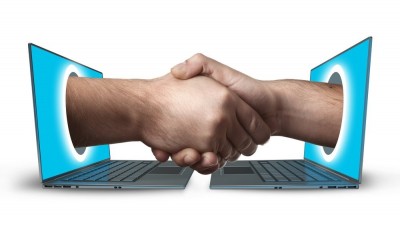 by Edward DeLeon Hickman
in Altcoins, Markets and Prices, News
0

One of the bigger contests to keep an eye on in the cryptocurrency market is without a doubt the smart contract race. With the ability to effectively decentralize, automate, and replace multiple trillion dollar industries it represents a sizable target for entrepreneurs and developers of all shapes and sizes to place their crosshairs. While the developers over at Blackcoin (specifically David Zimbeck) have technically already won this race (and I’ll get to that point in a minute) the race very much seems to be continuing with a number of major players still yet to put a working application on the table.

Looking out across the landscape of this contest one would think that it’s still pretty much anyone’s race. With Ripple receiving a great deal of fanfare and massive support from the JPY markets. Support that, at the time of writing this article, has placed Ripple in 3rd place overall with a market cap of 74,981 BTC (or 44,180,215 USD).

Nipping right at their heels (and sometimes actually swapping into third place) you find NXT with a market cap of 68,527 BTC (40,377,183 USD) being mostly bolstered by direct BTC trading (meaning support can be coming from anywhere in the globe) with a notable amount of CNY holding it up as well (suggesting the boys in Vancouver dig it).

While to the casual observer it’d be almost impossible to tell Ripple and NXT apart one thing even a closer examination will reveal is that neither have a working proof of concept yet. A disconcerting fact made more disconcerting when you look at their distribution and inflation models; neither of which one would describe as fair or egalitarian.

Now the much ballyhooed Etherium platform, currently in the middle of its big Ether sale, is another big player in the smart contract race and seems to be pulling resources from the other smaller players in the game. This is in some part due to their PR and marketing efforts but also because of the respect the crypto community seems to have for Vitalik Buterin and his robust white papers. Again, like Ripple and NXT though Etherium does not have a functioning application (although they do have a proof of concept available on their site).

While I always anticipate a “flight to quality” as market leaders emerge, one way to hedge against being ripped off is to simply go with a company that already has a working prototype or application in play; which brings us back to my initial comment regarding Blackcoin. Currently sitting at number 15 on the charts with a total market cap of 8,915 BTC (5,256,501 USD) it is a constant underdog in a race it has technically already won. Crossing the finish line in May of 2014 with the world’s first working smart contract application, known as Blackhalo / Bithalo, you’d think everyone’s favorite dark horse would already have this game under wraps.

For the time being, the markets have not officially recognized that David Zimbeck and the devs at Blackcoin were the first to cross the finish line in the smart contract race. However we can, at the very least, take note of that fact given its historic merit. While they are pursuing further developments and acquiring avenues to take advantage of the fact that *they have a working application already* whether or not they can capitalize on their current functional lead is a question still left unanswered.

For now the race is still on and as history has shown us the winner is rarely who the markets anticipate it being. So while the course twists and turns and the fate of whole organizations rise and fall it stands to reason that we should at least sit back and admire it all. It’s a beautiful race towards modernity. A race towards efficiency and shared functionality that promises to impact the way we transact and do business for the rest of our lives. While for my money David Zimbeck and the team at Blackcoin have already crossed that finish line, the future (as it always should) belongs to anyone.