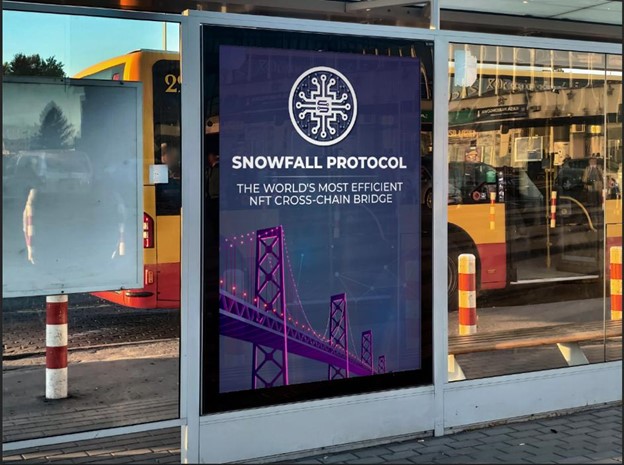 The cryptocurrency bear market of 2022 has caused a big impact on the crypto market. While some coins have survived the downtrend; others have lost most of their value. Still, coins like Snowfall Protocol (SNW) have managed to make a name for themselves despite the overall grim appearance of the market. Crypto analysts predict that snowfall Protocol (SNW) will surpass Zcash and Aave (AAVE).

With Snowfall Protocol (SNW), a user can move both fungible and non-fungible tokens across EVM and non-EVM compatible chains.

Snowfall Protocol (SNW) supports stablecoins such as USDT, USDC, and BUSD among others. The platform also features an NFT bridge that makes use of autonomous swaps to allow for the wrapping of NFTS between blockchains.

Zcash (ZEC) acts as a privacy-protecting, peer-to-peer cryptocurrency that uses zero-knowledge cryptography to ensure that the transaction verification doesn’t reveal any sensitive information about the transaction.  All transactions on Zcash (ZEC) are tracked and managed on a public blockchain. However, the user identities of those transacting are not revealed.

Aave (AAVE) is a peer-to-peer cryptocurrency lending platform. The Aave (AAVE) platform uses smart contracts to automate the process of borrowing and lending crypto. These smart contracts have preset rules on the assessment of fees, handling of collateral, and distribution of funds.

Lenders on Aave (AAVE) earn returns in form of the interest that borrowers pay.

Aave (AAVE) doesn’t match lenders and borrowers directly. Instead, the platform creates liquidity pools that allow users to deposit cryptocurrency assets that are then lent to borrowers. Aave (AAVE) also allows borrowers access to flash loans that they have to pay back within the same block on the blockchain.  Flash loans are designed to leverage arbitrage opportunities in the crypto market.

AAVE, the native cryptocurrency of the Aave (AAVE) platform is a popular coin in the crypto sphere. The coin has proved to be a good investment, creating massive profits for its users.

Zcash (ZEC) and Aave (AAVE) are both considered good investments in the crypto sphere. Both coins have made massive profits for their investors in the past, and are expected to continue doing well. Snowfall Protocol (SNW), on the other hand, is a new coin that is proving to be just as profitable as Zcash (ZEC) and Aave (AAVE). Experts predict that Snowfall Protocol (SNW) will continue to skyrocket in price, and might even reach the levels of Aave (AAVE) and Zcash (ZEC)

Learn more about Snowfall Protocol (SNW) in the following links