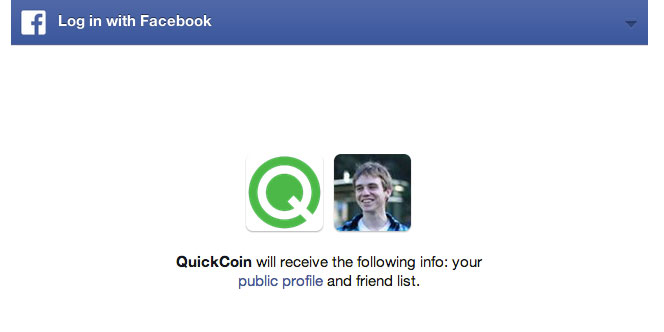 Quickcoin, a San Francisco based startup company has plans on bringing Bitcoin to the mainstream by an online web-based “social wallet” that lets users transact Bitcoin easily.

At first, they plan on integrating it with Facebook, to get the most users as if it will go viral; this is where it will most likely happen. Considering Facebook has 1.28 billion users (as of March 2014) Quickcoin will be able to receive a lot of feedback. It does plan on integrating with other services and companies, but that’s for the future.

The reason quick coin made this social wallet is to make it easily accessible by the average user. For them, they don’t care about 51% attacks or SHA-256. They just want to be able to use it. 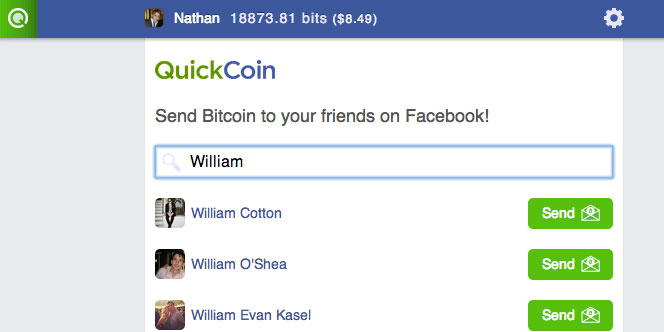 Once the wallet releases, to start using the wallet all you need is a Facebook account. The application then creates a list of contacts based on Facebook friends, even ones that do not have the application. To add funds to your wallet, you must send bitcoin to your wallet. Funds can also be sent to an external wallet.

A great step towards bringing Bitcoin towards mass adoption, this “social blockchain” will sure be a hit. Bitcoin purists may argue about the obvious centralization at hand, with Facebook most likely storing your information.

And with Facebook with its intrusive (to put it nicely) privacy settings, they do bring up a good point. But once again, this is for the average person, so they’re not going to worry about owning their private keys, anonymity, etc.  All in all, this social wallet is browser only with no plans for native IOS or Android apps yet but that may soon change.