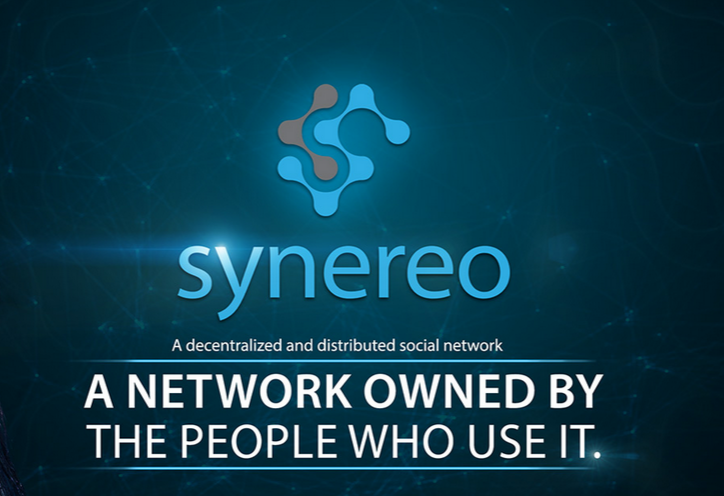 The advent of crypto currencies and its inherent technologies have brought us a new and long string of innovation along with a newborn industry teaming with activity and replenishing of new business opportunities.

Crypto currencies and decentralization as its core fabric have enabled the use of sensitive applications with the sole purpose of stretching the boundaries of communication channels thus allowing freedom of speech. On an internet controlled by ISP’s, bombed by a growing and constant surveillance, the concept of privacy is increasingly being taken out and turned into an obsolete feature soon to be lost in social networks. Every day we see people posting their entire lives at social networks, either it is Facebook or it is Twitter or Google plus. People are becoming addicted to these social communities, granting them access to their most intimate secrets and private information.

What is freedom of speech all about?

Social behavior plays a significant part in the social acceptance and can sometimes seem restrictive and limiting in the real world. Internet-based social networks and social media groups enable people to have a certain sense of freedom to express like they wouldn’t in real life. Online communities promote freedom of speech in their fashion, and people tend to have a different behavior in these virtual worlds – a type of behavior that they wouldn’t adopt in everyday life. 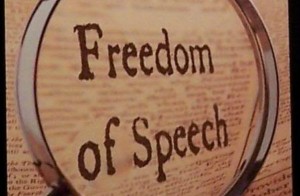 Most users of these conventional social networks don’t even know what’s being made with their profiles and the way their private information is being treated. For the companies behind Social Networks, users are simply a target and a product of advertisement, mere numbers of a wider game, from which they avidly take enormous profits.

By constantly monitoring user’s profiles, and their private information, they perform some surveillance over the user’s web character and indiscriminately collect data to use it for unknown purposes.

Why do Social Networks matter?

There’s little doubt that social networks already play a big role in everyday life and in the way how companies use them and how they can be used by governments as the ultimate social control tool. However, they are also one of the most important tools enabling freedom of speech that we all should be protecting.

In this new “global village” all voices should be heard and the community should be the one making the decisions. Not some central authority or an arbitrary position from a lobby or interest group. Besides this, how can we ensure that we are being heard and more importantly what is our private information being used for. Social Networks have the potential to spread new ideas to report new concepts and most of all, to spread knowledge and information that needs to be absolutely free of control and censorship.

Can we trust Social Networks?

Currently, the Internet serves as a unique tool for freedom of expression. Anyone can contribute. Social Networks have enhanced even further this particular feature of the internet, but it is also safe to consider that Social networks are still in its infancy, still being developed gradually. Social Networks are monitoring and managing all content that users share. This content can be removed or subjected to scrutiny.

Social networks have currently adopted a method where users are not the client, but simply the product constantly being sold. The value created by users is being controlled, reaching only a select few and who gets to decide this? Not the users.

So the future of Social Networks is set to be founded upon the decentralization concept where the user is in full control and the value he creates stays under his control.

Decentralization can occur at many levels and with many different characteristics. It’s commonly regarded has the transfer of authority and responsibility of public functions from a central organization. 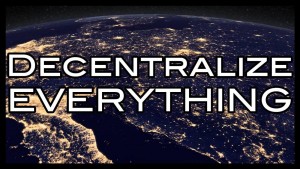 This can happen in the public or private sector and provides a greater transparency and less vulnerability to censorship.

Freedom of speech and free expression is in its real sense Decentralization. Freedom of speech is more important now than ever. The intervention of the State and Law is widely expanding. The access to free speech and free expression allows the dynamics of so-called Democratic Societies through the manifestation of individuality in public space dominance. However, what we see today is a control imposition from the Society against the individual.

Currently, with Social networks having a crucial part in offering people the opportunity to express themselves at will and to totally achieve the real concept of free speech it is becoming increasingly important to apply decentralization to such platforms.

To do this, we need to deliver a place where people can meet far from the dictating eyes of censorship or at least totally free from it. This is where decentralization comes into play.

Today we are seeing an increasing number of developments being made with the intention to design new ideas and new concepts in order to present the perfect solution for the future of Social Networks. 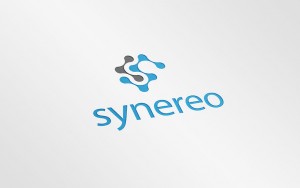 One of these proposals is an open source project called Synereo. Synereo is one those projects trying to introduce something significantly new while placing itself in the vanguard of a new generation of social networks. Their main approach is: Power to the User.

Synereo introduces a set of key features taken from the bitcoin protocol to implement a fully self-maintained and auto moderated social network that enables a completely decentralized environment. This environment maintains its neutrality by using and introducing three main elements: Decentralization, Compensation, and Reputation.

Synereo vision is to improve the model already presented by other social networks, but instead of being managed and regulated by a central authority, it uses blockchain technology to ensure a decentralized level of security and privacy fit for the next generation of social networking. Having this as the main approach, Synereo may well be the Facebook killer.

This new social network was designed to give people the alternative of having a single resource-rich entity that manages and controls the information they share throughout social network.

Synereo will introduce AMPs as its own currency in order to promote and compensate users sharing information through the network: AMPs, will be the Synereo’s content flow currency – a Token, whose main purpose is to amplify the flow of information through the network. AMPing content increases its ability to propagate to peers and the chances of it being seen by more users. This is what gives AMPs its intrinsic value, because if someone wishing to advertise to the user’s attention will have to pay the user with Synereo’s Currency for it.

Synereo was developed with the right technology to run a distributed social network where users may contribute in many aspects and in turn receive the rightful compensation. The platform will also provide its users and communities the ability to choose how to govern themselves and organize according to their principles and values.

Synereo will have no center of control and will be totally free from its operator’s financial desires. Because it’s designed to value attention through direct compensation it will reward content creators while being as private and as unmonitored as the demand seems to be.

With these directives, Synereo’s development team believes to have built a better system for social organization online. Its organic design and decentralized features make it a secure network almost impossible to take down.

What do you think about the importance of implementing decentralization to maintain freedom of speech on the web? Tell us about it in the comments bellow!