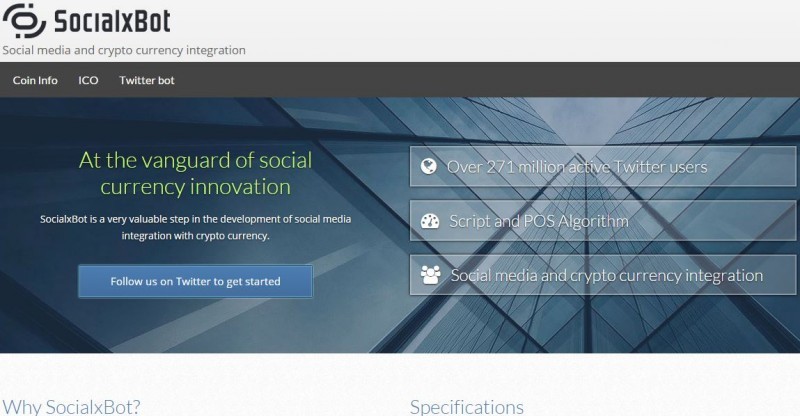 SocialxBot is a decentralized crypto currency that offers the innovative ability to send and receive secure, anonymous funds by merely tweeting. Now, every Twitter account in the system is automatically connected to SocialxBot.
The goal of the project is to bring crypto currencies to all available markets in regard to social media, specifically focusing on the Twitter platform. Users can receive SocialxBot coins with their Twitter account without downloading the QT client.

Twitter has over 271 million monthly active users and in order to bridge the gap between Twitter users and decentralized currencies. Anyone who uses Twitter will automatically be able to send funds, anywhere in the world, instantly. 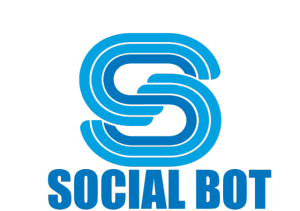 Users can also receive SocialxBot coins with their Twitter account without downloading the client’s wallet, so there are no extra steps involved to ensure that the recipient gets the funds.
The developers believe SocialxBot is a very valuable step in the development of social media integration with crypto currency. SocialxBot will be able to introduce the wider social media community into crypto currency along with a whole host of new users that join social networks and engage with each other everyday.
The currency is the first in history to use a Twitter Bot that lets users send or receive crypto currency funds on the Twitter social networking platform. Much of the value to investors and utility for users of crypto currency lays it the ability to deeply penetrate markets and gain a general widespread use. But the unique socially-powered characteristics of SocialxBot give it a tremendous advantage in that respect, since Twitter already boasts millions of active monthly users.

Instead of traditional mining, the SocialxBot team developed a Twitter Bot that sends coins from the genesis block to all SocialxBot participants. 1,000,000 coins are set-aside for SocialxBot Mining. As soon as the first coins were minted SocialxBot leveraged the existing market breadth and depth of the well-established and extremely popular Twitter platform. That immediately put SocialxBot currency capability in the hands of every single person who has a Twitter account.
To invest, all the user has to do is “follow” the “@xbotme” address on Twitter. The crypto currency system will then reciprocate, and a direct message can be sent to SocialxBot using the command “btaddress.” Once that has been done a deposit address is established and deposits can be viewed after six confirmations. From then on it is possible to check balances in the SocialxBot account by just using Twitter. 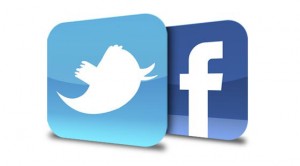 This new crypto-social concept presents an extraordinary opportunity for investors who want to capitalize on a rise in value triggered by increasingly high demand because SocialxBot has the potential to do go where no other crypto currency gone before! By bridging the developmental gap between crypto currency exchange and the sharing of social media data, the team plans to overcome this new frontier; an integration of these two concepts promises to steam up the adoption rate of SocialxBot on Twitter and later on getting to other connected social media networks. That will certainly make SocialxBot currency extremely popular.