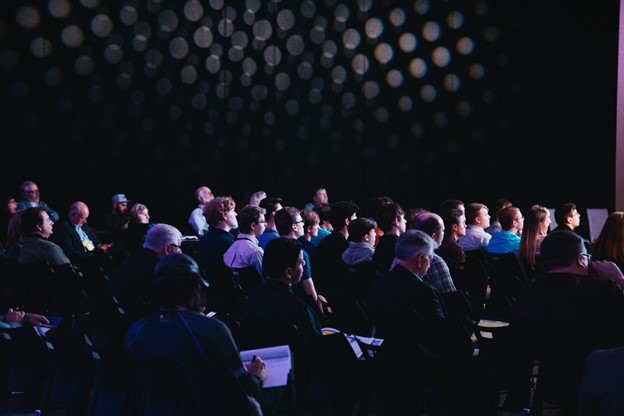 The Solana Foundation’s first international conference will be held in Lisbon, Portugal this November 7-10. Breakpoint will be the first event to gather Solana’s builders, partners, and supporters in one place to share ideas and network on a global scale.

Hundreds of participants will attend the sold-out event featuring a schedule packed with talks and workshops led by dozens of influential guest speakers from around the world. The conference opens for registration on Sunday, November 7, and attendees are invited to participate in a Solana networking event with drinks and DJs from noon until 6 PM GMT.

On Monday, the conference kicks off in earnest with presentations led by Anatoly Yakovenko and Raj Gokal, Solana’s Co-Founders, Balaji Srinivasan, Former CTO of Coinbase and General Partner at a16z, and Ryan Selkis, Co-Founder and CEO of Messari.

Breakpoint Kicks Off With Workshops for Builders and Developers

After several talks about the current state of Solana’s network, the current multi-chain landscape, and a debate on scaling and censorship resistance, the schedule for hands-on technical workshops will commence in SUD Lisbon. There, two events running back to back will guide attendees through some basic and essential topics regarding smart contracts on Solana.

The first workshop, Instant Smart Contracts Development on Solana, led by an anonymous team, will focus on helping newbies and seasoned pros alike develop dApps on Solana without any pre-installs or special software necessary.

Next, Maintaining Global State in Solana, led by Marius Ciubotariu of Hubble Protocol, will show attendees how Hubble manages to leverage Rust to solve a significant issue for smart contracts when dealing with thousands of users on Solana.

Marius’ workshop will be one of the more tech-focused events of the day. It will highlight how Rust, voted the most-loved programming language in the world six years in a row, can be used to create smart contracts on Solana that blow EVM smart contracts out of the water.

Marius first came to Solana as a participant in the network’s premier hackathon, Season. During this hackathon, he helped write all of the Rust code for ZeroInterest, a project that was awarded an honorable mention. Marius brings a wealth of FinTech experience to Solana after spending nearly a decade programming exotic derivative products and leading teams at Bloomberg.

According to Marius, “When I saw how Solana is parallelizing transactions, it reminded me of Rust’s memory model, and I couldn’t believe why other chains haven’t gone for this approach as well.” Marius goes on to say that, “In retrospect, it’s blindingly obvious that this is the best way to scale a parallel system. Both Rust and Solana share a philosophy learned from years of Comp Sci & Prog Lang design, and developers that finally join the Rust/Solana bandwagon will finally be able to unlock the power of parallelization.”

Sam Bankman Fried, CEO of FTX and Alameda Research, shared a similar take on the power of parallelization in an interview by saying, “What does Solana do to distinguish itself from yet another Proof of Stake blockchain? The key thing you run into is basically parallelization. If you have to put everything in serial, then that’s going to end up constraining what you can do. Parallelization really massively increases the total throughput of the blockchain.”

Solana is a beast in the world of blockchains. It’s the world’s fastest public blockchain with current speeds of 65,000 TPS, and Solana is aiming much higher, at 700,000 TPS, in the near future. These high speeds delivered at low costs make Solana’s infrastructure a system that can be used by the entire world and mainstream the use of blockchain technology and participation in DeFi.

Rust is also a beast. It’s a universal coding language that possesses a powerful toolkit of community resources developed by Google, Amazon, and Facebook. Combining these tools with Rust’s compiler means developers can use less energy thinking about technical errors and spend more time focusing on smart contract logic, so it’s easier to write safe code for DeFi.

Financial systems must operate securely and at high speeds delivered at a low cost, and Solana’s 65,000 TPS delivered for pennies could serve as the future of the world’s transaction settlement layer. Eventually, the synergy of a secure and fast programming language like Rust combined with the speed and economy of Solana could mean DeFi 2.0 will finally have a chance to meet the needs of a global community.

Solana’s choice to deploy its smart contracts in Rust could be the next step towards making DeFi available to the whole world. However, the cherry on top of the Rust and Solana combo is that these two powerful tools are realistically opening the door to other blockchain use cases that would be otherwise impossible for slower blockchains and less-developed programming languages.

Along with a schedule jam-packed with DeFi related topics, Breakpoint will feature sessions that spotlight the diversity of Solana’s ecosystem beyond financial markets. From Monday through Wednesday, there will be several panels and workshops devoted to gaming, NFTs, and social media on Solana held by key influencers and developers in each field.

More information and updates about Solana’s Breakpoint conference can be found on Twitter.