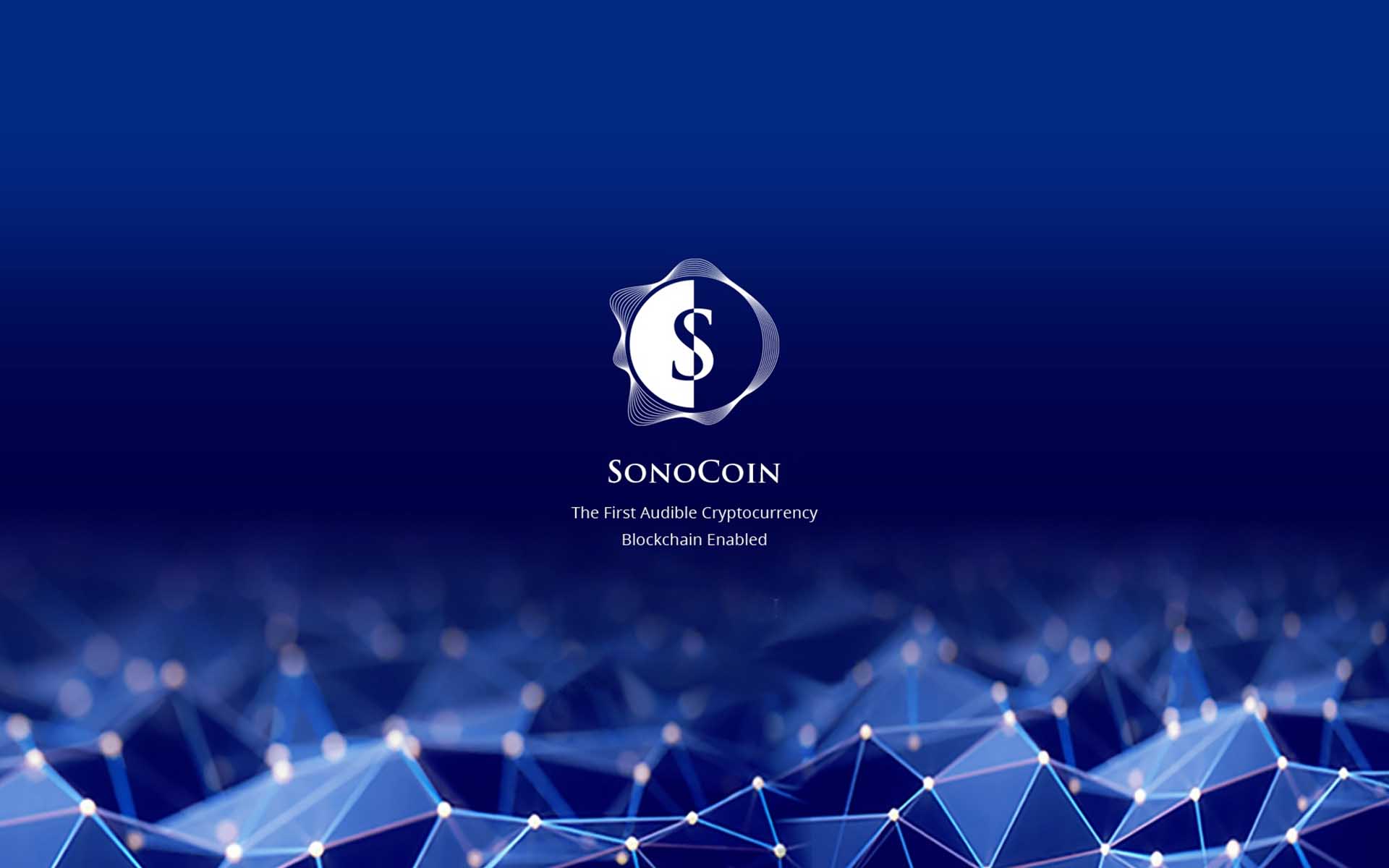 Geneva, Switzerland, Dec 7, 2017 – SonoCoin has made global headlines this week with the announcement and launch of an ICO based on a new type of cryptocurrency. The SonoCoin solution is similar to Bitcoin’s peer-to-peer value transfer, with an improved user-friendly platform similar to PayPal. Whereas all other cryptocurrencies are numbers based, SonoCoin is a digitally encrypted audio file that operates on a proprietary blockchain system, using the Proof-of-Stake (PoS) protocol to verify transactions. The SonoCoin audio file is a sound interpretation of a code that can be recognized and recorded by any device that reproduces sound.

Many other companies offer applications or services through decentralized blockchains, however, the bulk of those companies use features that result in higher costs to the end user. (e.g. smart contracts, enhanced anonymity). SonoCoin offers a superior solution and is the first cryptocurrency to transact via encrypted audio files, putting money back in the pockets of end users. SonoCoin network fees will be approximately 0.5% on total transactions, making it extremely attractive to businesses including the payment processing industry, gaming industry, online gambling industry and advertising industries, just to name a few.

The stellar team at SonoCoin consists of asset managers with decades of combined experience, engineers, coders and blockchain specialists. The SonoCoin project began in early 2016 and will soon be launched in Geneva by a software development team with extensive expertise in blockchain technology. A team of engineers, each with deep knowledge in blockchain as well as the communications industry, remains actively engaged in research to advance the SonoCoin ecosystem and secure the necessary intellectual property to sustain SonoCoin’s long-term competitive advantage. The vast blockchain experience from the SonoCoin team has allowed them to introduce unparalleled features to the platform including enhanced safety features, wallet free storage and the ability to store SonoCoins as a regular file.

According to the company spokesperson, “SonoCoin is unlike any other Cryptocurrency in the world. Unlike other cryptocurrencies that rely on traditional forms of blockchain transfer, SonoCoin can be sent through all channels like Messenger, Social Networks, and email services. SonoCoin can even be sent through an audio signal.” He went on to say, “It took a substantial amount of time, money and expertise to develop this unique and cutting-edge technology. We are pleased that early investors are recognizing this ICO as an opportunity to get in on the ground floor of something truly exciting.”

The SonoCoin ICO has already opened for Pre-Sale and during this period only 15 million coins are available for purchase at a price of $1.25 per coin. Pre-Sale is scheduled to close on December 13th, 2017 at which time the cost of each SonoCoin will increase. The SonoCoin ICO will then launch for public investment on January 20th, 2018 at a cost per coin of $2.00. Early investors are encouraged to buy in during Pre-Sale as most profits are made after the ICO hits the exchange for public trading.

To learn more about this ICO or the first Audible Cryptocurrency, visit their official website or download their Whitepaper directly by clicking here.