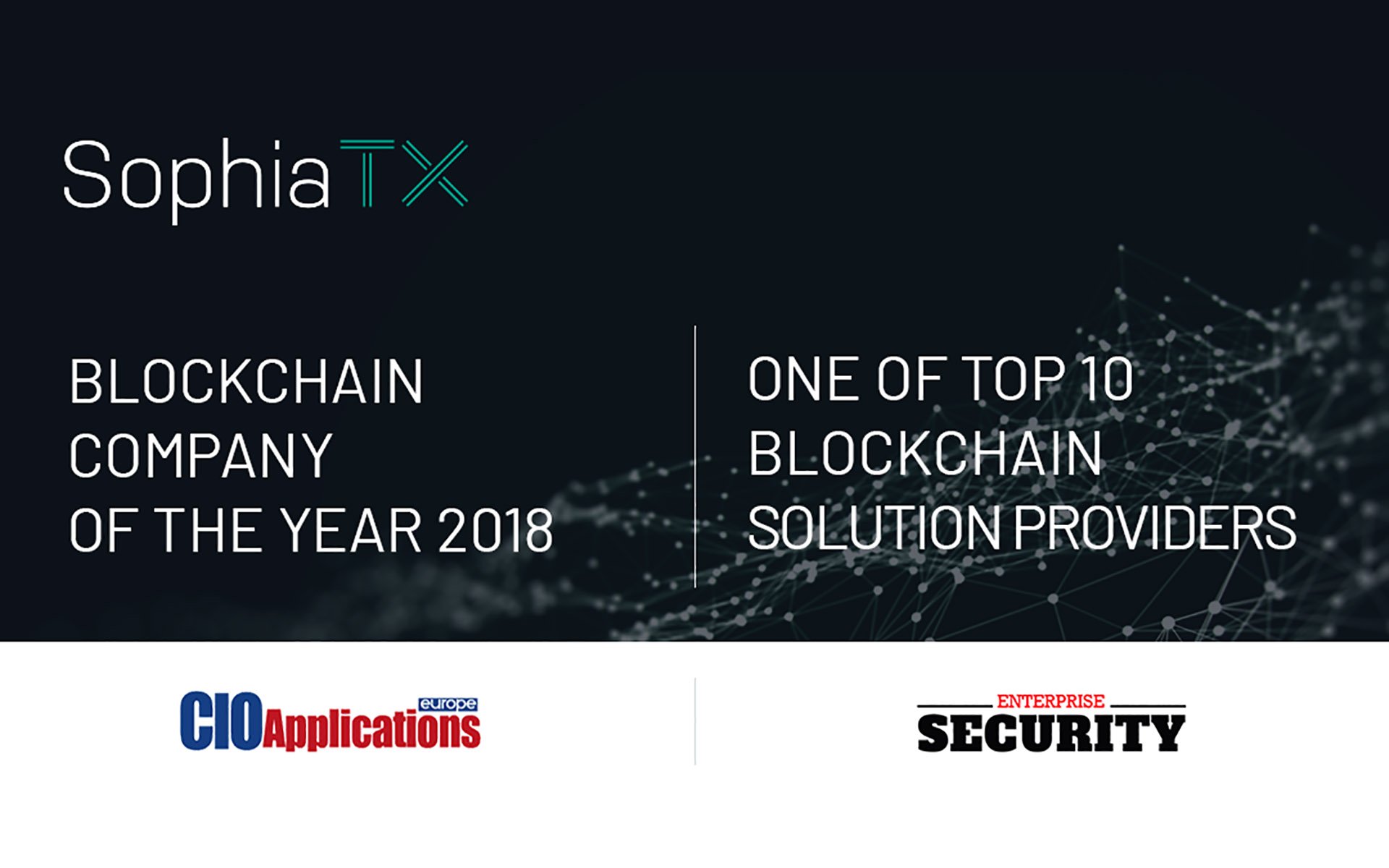 Zurich, Switzerland, April 19th, 2018  – SophiaTX, the enterprise blockchain platform which is bringing innovation to industries by expanding applications like ERP, CRM, and others, has been ranked among the top ten providers in its field and named “Company of the Year” in this month’s edition of CIO Applications.

The company is currently driving the adoption of blockchain across industries and realizing the technology’s potential to become a significant source of disruptive innovation in business and management. The SophiaTX platform has the potential to strengthen the connectivity of a company system and provide end-to-end transparency, from manufacturing to consumers.

“We are glad to announce SophiaTX as one of the Top 10 blockchain solution Companies 2018,” said Joe Phillip, Managing Editor of CIO Applications. “SophiaTX has long been a leading player in the blockchain technology landscape, and their progress and advancement in blockchain is impressive. We are pleased to recognize SophiaTX for its exemplary contribution in providing robust solutions in blockchain.”

Commenting on the recognition of SophiaTX CEO Jaroslav Kacina explains that his company aims to become the principal platform for Blockchain adoption for businesses of all sizes and help organizations realize the real power of Blockchain technology.

We’re very proud that this goal, and the innovative nature of our platform, is being recognized by CIO Applications. We’re honored to be named the Company of the Year and to join other leaders in our field in the Top 10.

Separately, Enterprise Security has named SophiaTX in its Top 10, after a year-round selection process. The publication’s market research team tracks all available solutions in the marketplace, and monitors conversations and updates in the industry. Nominations are then opened to the magazine’s subscribers and the list of nominees are then shared with a section panel of Senior IT Decision Makers and Senior Editors, who together determine the ten finalists based on a range of factors including product, innovation, case studies and target markets.

Since holding our Token Generation Event at the end of 2017 we have made huge advancements towards our goal of using integrated blockchain to revolutionize the industry. I’m delighted that we are already seeing this level of recognition. It is a testament to the efforts of so many here within the company – as well as the appetite from business leaders for this type of solution – that we’re able to mark this achievement.

SophiaTX is a blockchain platform and marketplace tailored for extending traditional applications like ERP, CRM and many others with robust collaborative and decentralized blockchain capabilities. It is Open Source and contains integration APIs to SAP and other enterprise applications. The company has already announced partnerships with a number of businesses across industries and is working together with EY (Ernst & Young) to develop a blockchain solution for the automotive sector.