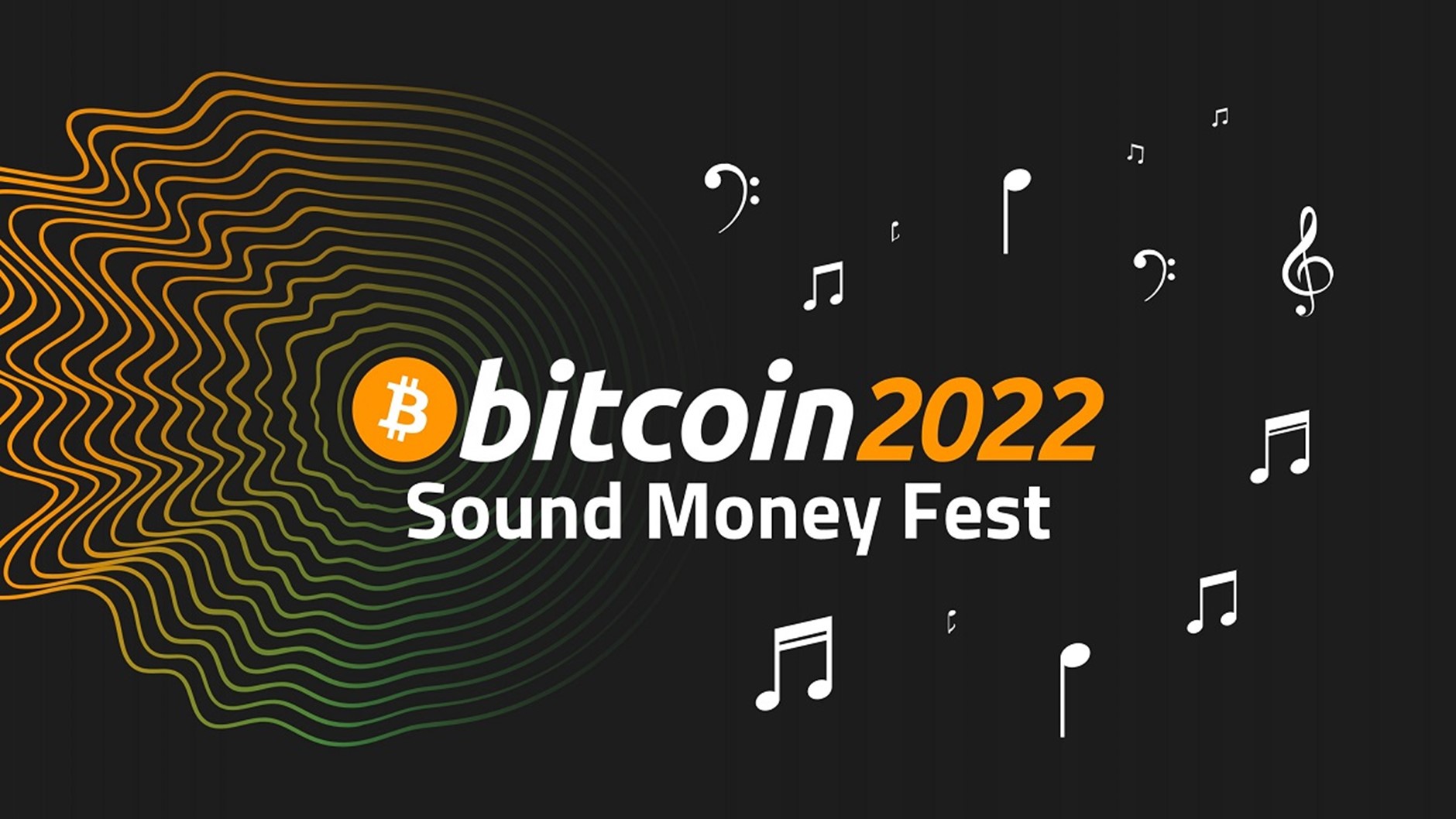 by Bitcoinist
in Press releases
12

Just a day or so away from Bitcoin 2022, the anticipation is building. BTC 2022 will be closed out by the first of its kind mega music concert featuring some of today’s top musical talent. The Sound Money Fest will be held on April 9, 2022, the final day of Miami, Florida’s Bitcoin 2022 experience. BTC 2022 is held in the midst of the broader Bitcoin Week which will soon sweep through Miami, only not like the hurricanes that are known to frequent the coastal beach city, but instead a storm which will add to the economy and the city’s popular position as a progressive US City.

The Sound Money Fest is the world’s first Bitcoin music festival, a huge deal in the world of BTC. Tickets to the Sound Money Fest are available on BTC 2022 registration page online. More than a dozen artists will touch and electrify multiple stages on April 9. The music festival is the only agenda item listed on the final day of Bitcoin 2022, with exciting headliners named who will anchor the talented list of multi-genre musicians and music artists.

Which artists will be at the Sound Money Fest?

Headliners at the Sound Money Fest have had quite a bit of experience lighting up stages across the world. The six named headliners are from different locations across the globe, but all received by fans globally, reaching across all continents. Hailing from Seoul, South Korea, rapper, singer and songwriter CL has been performing in the mainstream on stages worldwide since the age of 15 charting several hits as a solo artist and group member earlier in her career. San Holo started as a DJ and producer from the Netherlands and now entertains fans across the world. His remix of Dr. Dre’s classic “The Next Episode” gained the music man international recognition, reaching over 250 million YouTube views and counting.

Logic and Run the Jewels are rappers from the United States. Logic is a world-recognized rapper and producer. The world famous artist has been nominated for 2 Grammy awards in the course of his 6 released studio albums. Run the Jewels is a politically-engaging hip hop duo from the US. Atlanta-based rapper Killer Mike and Brooklyn, NY-based rapper and producer El-P make up the highly engaging, sometimes controversial hip-hop act. Hailing right from the city of Miami, Florida is American DJ Steve Aoki, consistently one of the Top 10 club DJs in the world. DJ Aoki will take part as one of the six headliners at the Sound Money Fest alongside the other talented artists and musicians. DeadMau5, the Canadian house and electronic legend, rounds out the Sound Money Fest headline acts. The multi-platinum DJ, producer and artist will be set to rock the crowd with his famous mask and costume that has grown to be a globally recognized symbol over the years.

As already mentioned, the Sound Money Fest will close out Bitcoin 2022, but many elements will transpire prior to the high energy close to the conference. On the days prior to the highly anticipated Sound Money Fest Bitcoiners will gather around meetings, internationally-renowned speakers, presenters, panelists, a Bitcoin Pitch Day to start the conference off on Day 1, and so many more truly beneficial events and engagements which may very well encourage alliances and partnerships that often assist in moving the Bitcoin industry forward beyond the conversations started in the halls of the international conference.

Admission tickets to Bitcoin 2022 are still possible to obtain. Online registration can be completed up to the conference start time. Sound Money Fest tickets are available on the website as well, sold separately for those interested in attending the music festival alone. Speakers from around the globe will encourage and educate tens of thousands of guests expected to attend Bitcoin 2022. Further conference and event details can be obtained on the BTC 2022 social media channels and website for more specific information.