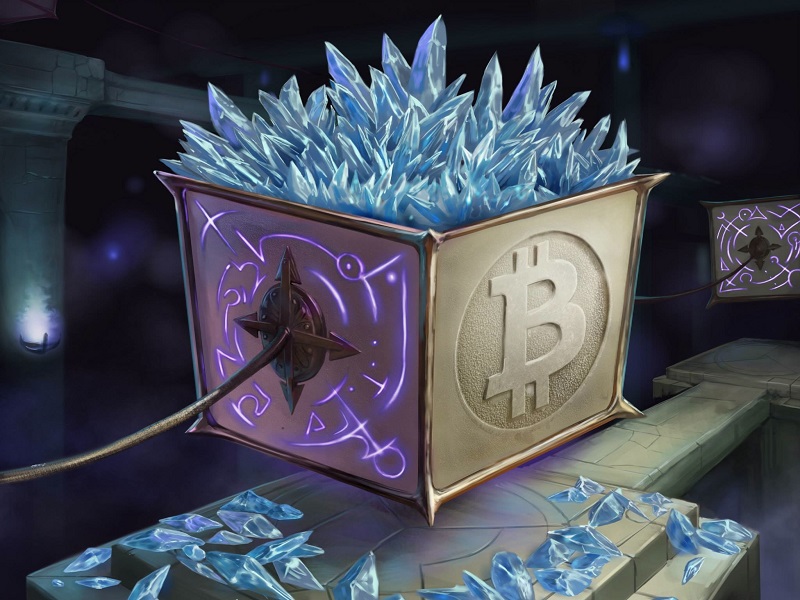 Spells of Genesis to Launch Fall 2016

The soft launch will be in smaller, English-speaking markets, and possibly Japan via Apple’s and Google’s app stores.

According to the latest “roadmap” released this month, updated game versions with additional features will also be put out by EverdreamSoft in the ensuing months until the full release this fall, where the TCG will be available worldwide for download on iOS, Android and WebGL (online).

Milestone #4 of SoG is also slated for release by the beginning of June at the latest, and will include over 100 levels and over 150 cards, composed of blockchain-based and free cards you can earn by summoning in-game with “gold” earned through playing.

Game creator, Shaban Shaame, said he was thrilled by the response from the community so far, and added:

The success of a game comes from the player’s engagement. With the closed beta we have had a gigantic engagement rate so far. Most users spend more than three hours a day in the app. I’m looking forward to see the results once we launch worldwide.

The SoG full release is highly anticipated and is the first mobile game of its kind that features such an innovative in-game economy with game assets tied to Bitcoin’s blockchain. Not only does this enhance the value of card collection, it also provides an arena where players can exchange assets — cards, tokens and more — peer-to-peer.

Spells of Genesis has been in beta testing for months, maintaining a strong community of players arriving daily within the Moonga-based world to play, interact and exchange.

The game’s story itself is also tied allegorically to the blockchain-based world — the real-world players of the industry.

Cards issued in-game depict important projects and personalities from today’s blockchain ecosystem and carry specific powers and capabilities, which adds another layer of fun. The cards are digital assets as well, purchasable with BitCrystals (BCY) or other cryptocurrencies.

BitCrystals, for the uninitiated, are digital assets that act as both the game-fuel and the premium in-game currency, which was initially issued in a limited supply of 100,000,000 units. Seventy percent of the total supply was offered during the initial token sale last August. The unsold BCY were “burned,” making them unspendable, leaving 44,433,900.82 units in circulation.

BitCrystals can be traded on Bitcoin’s blockchain or used to purchase playable blockchain-based cards.

And while a TCG is simple to understand, there is a complexity to SoG that can’t be ignored.

Initially, explained Shaame, shooting to destroy enemies is something attractive to all gamers.

“But the more you play SoG the more you realize there is strategy to consider,” he said. “Players will have to choose the right cards with the right spells, speed, health, and attack strength.”

It can get really interesting and in-depth, given each player will run into their own mix of cards and therefore deciding how best to move forward is entirely unique.

Aside from trying to attain a blockchain-based cards — as not all cards are of similar value — and there is an addictive quality to building out a squad that incentivises players to collect more and to further strategies available in-game.

Shaame also ensures that new players can start-up for free by summoning cards with gold earned in-game simply by playing.

There will also be an in-game store which will allow players to purchase card packs designated rare, epic or legendary, and which will yield cards of that same corresponding designation.

Packs will be purchasable with a new in-game currency — still to be named — or with fiat as an in-app purchase.

Those currently testing the beta version can also play the soft launch version with manual installs and invites.

For more information on SoG or Everdreamsoft, visit spellsofgenesis.com and stay tuned for more on the blockchain-based trading card game, including upcoming articles on the game’s newest developments in guilds, level creation and blockchainization of summoned cards.

EverdreamSoft is a Swiss-based company founded in 2010. The company specializes in the development of casual and online trading card games for smartphones. One of their games is the popular trading card game Moonga, which was the top grossing card game in 6 countries in Summer 2010. Visit Everdreamsoft.com to read more or to contact.