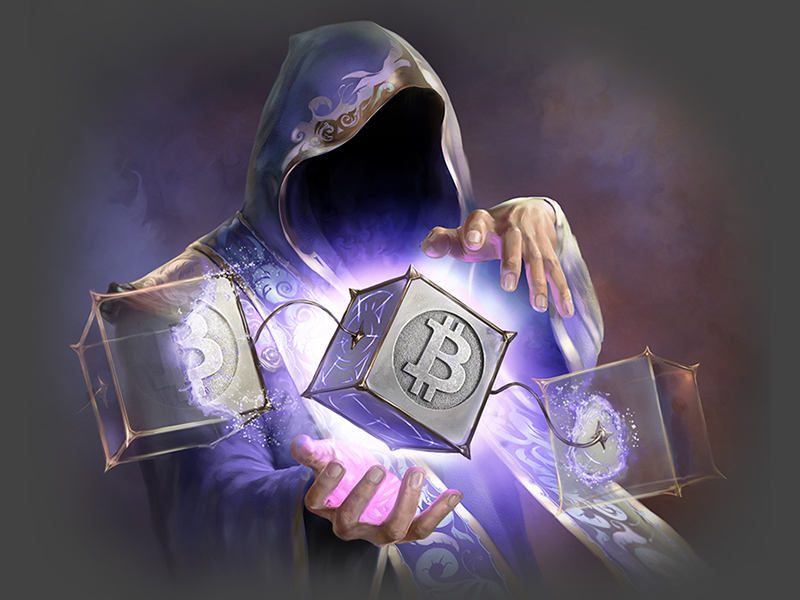 EverDreamSoft’s Spells of Genesis is all the buzz these days, with every crypto media outlet having written something about it by this point. Though the game hasn’t come out yet (details on the project’s fundraising in a second), some of the game’s trading cards have begun to appear online. It brings out the 15-year-old geek in all of us, looking at the cool artwork.

In their latest newsletter, the company announced that the token sale for their in-game currency, BitCrystals will officially kick-off on July 29, 2015. The sale will last for 30 days with an initial offering of 15,000 BitCrystals per BTC ($0.016 per BitCrystals), and the price of the BitCrystals will increase every five days. More information about the upcoming token sale can be found on the official project page.

BitCrystals, are themselves assets on Counterparty. And now, in true form, the game developers have started developing cards for other assets on the platform, including Counterparty itself. The Counterparty community on Reddit was recently approached about the design of an XCP card though the post did not reveal whether such a card had been decided on just yet. While little is known of the actual game play in Spells of Genesis, a few cards were recently revealed, including one for Storj and another for FoldingCoin. 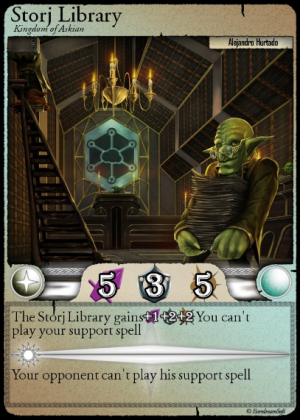 Others have also gotten into the mix, including GetGems, Ethereum and Swarm. It’s no surprise to see Swarm get involved as the BitCrystals token sale will be hosted on their platform.

The question is, what other projects will appear on the Spells of Genesis cards, and how much will this sort of meta insertion of brand names and such effect the gameplay experience? Indeed, this is a fantasy-based game, but these names are very real-world brand-type names. The next question, of course, is where does it end, and who has a place in the game? It seems that the decision to include FoldingCoin was out of appreciation for the project, which uses hashing power to fold proteins for research projects. Still, though, aren’t there some deep pockets who’d like to have a rare, tradable card in the game.

Perhaps we’ll see a Coinbase Exchange card, which will act as some sort of in-game currency switching agent. Even better, a ShapeShift card that would somehow be less risky to use. It’s easy to imagine that little blue fox running through the game. Even better, a Mt. Gox card would be interesting. It could do some devastating damage to the opposing player.

And, of course, one of the fundamentally special things about Spells of Genesis is the simple fact that there are no counterfeit cards in the game, a mathematically provable, publicly-verifiable proof of rarity one could never have with analog games like Magic: The Gathering. But Magic: The Gathering does have a long, interesting history with Bitcoin. Indeed, Mt. Gox originally stood for magic the gathering online exchange.

Mark Karpeles never envisioned that it would turn into a large-scale failure that lost people millions of dollars. How could he? And so it’s true, as well, that plenty of people involved with Bitcoin were Magic: The Gathering players back when. Thus the game has a lot of appeal, and will likely see competitors and successors.

Games like Spells of Genesis have a special place in our hearts, and many in the Bitcoin community most likely want to see this succeed. That alone has been the mark of success for more than one project. In the end, what we’ve got in Spells of Genesis is the most creative use of the block chain to date. We can only hope more creative minds like EverDreamSoft come to the table in the coming years.

What projects would you like to see get custom Spells of Genesis cards? Let us know in the comments!