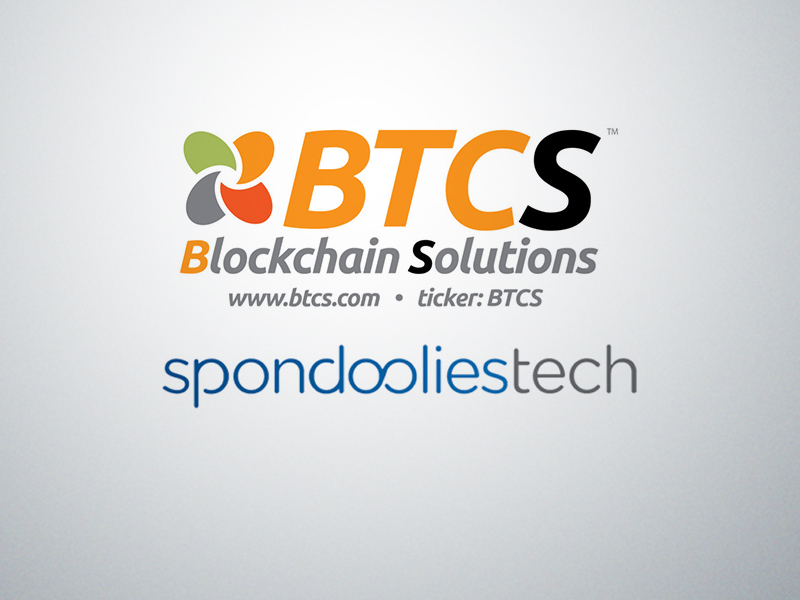 Spondoolies and BTCS to Merge

“Our merger with Spondoolies marks a major milestone for us and sets the stage for rapid revenue acceleration in the years ahead. BTCS produced year-over-year revenue growth of 1,225% in 2015, while cash used in operations was reduced by 25%. To combine this strong performance with Spondoolies’ industry leading technology, which generated impressive revenues for its first and second generation products, we’ll be positioned to create a new global leader in the blockchain sector.”

“The blockchain is set to radically change the future of transaction-based industries,” stated Guy Corem, Chief Executive Officer of Spondoolies. “BTCS has positioned itself at the core of this disruptive transformation, and we are excited to combine forces to capitalize on the immense opportunities that lie ahead. The OCS approval places us one important step closer to completing the merger.”

After giving effect to BTCS’s recent $750,000 investment in Spondoolies, BTCS shareholders will own a 69.7% to 61.2% stake in the combined company, and Spondoolies shareholders will own 30.3% to 38.8% of the combined company, based on the number of common and preferred securities outstanding immediately following the merger. The ownership range is a function of BTCS’ liquidation preference associated with its existing $2.25 million investment in Spondoolies. The final ownership percentages will be determined prior to closing.

Allen continued, “We remain committed to improving shareholder value and fully believe in our ability to execute on key strategic initiatives in 2016. We’ve demonstrated that commitment with our recent move to voluntarily escrow a large number of our founders’ shares, representing 15% of the Company’s outstanding shares, pending the successful completion of the merger and an up listing of our common stock to a senior exchange. This effectively ‘puts our money where our mouth is’ as we move forward to achieve both of these important steps ahead of their respective year-end deadlines.”