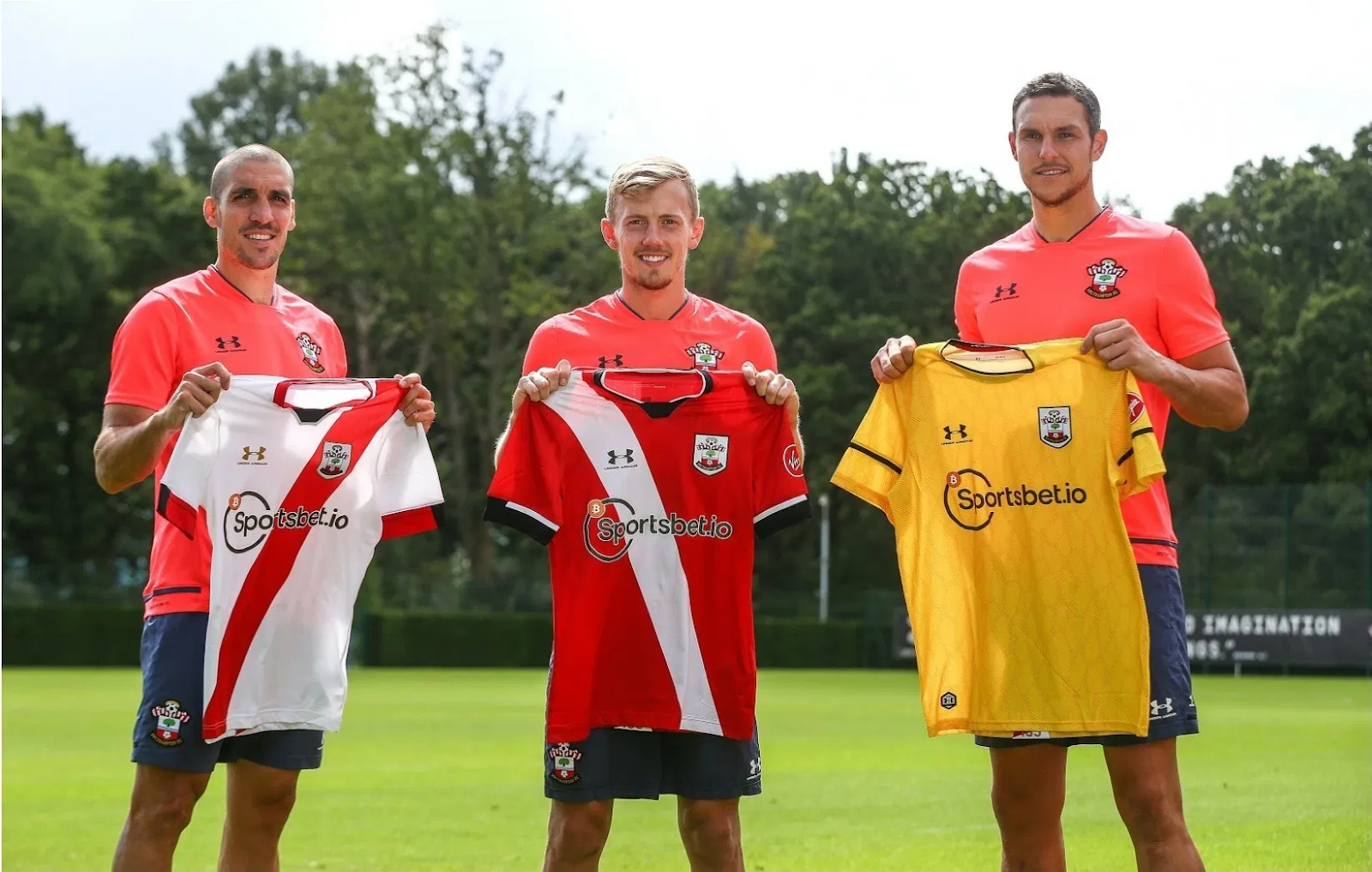 As the world’s most-watched football league prepares for its upcoming season next month, fans and watchers will be sitting up and taking notice of Bitcoin once more, with crypto sportsbook Sportsbet.io having successfully signed a one-year deal with Southampton FC as their main club sponsor.

Just as they did when Watford FC stole the hearts of crypto lovers last season when their players ran out to the field for 38 matches, quite literally wearing the famed orange logo of Bitcoin on their sleeves as part of Sportsbet.io’s sponsorship of the team, This sponsorship will see Sportsbet.io featured prominently on the front of Southampton FC’s new 2020/21 kits, with the Bitcoin logo also sharing the spotlight.

The deal itself was struck in lightning-quick fashion. Just up to a week ago, Southampton FC had been pursuing an extension of its existing support with LD Sports, but their efforts could not find a breakthrough, leading to Sportsbet.io stepping in at this crucial time to ensure the Premier League club’s focus on their upcoming playing campaign with peace of mind.

The deal and announcement effectively ended the club’s relationship with LD Sports with immediate effect, and the club and Sportsbet will now look to support its fans with a swift solution to replace their current jerseys with an updated replica.

Together for Social Responsibility

The leading crypto currency-based sportsbook brand of Coingaming Group will not only feature on the senior team’s jerseys but will also be present on the Under-23 team wear. Sportsbet has committed to working closely together with the Saints, as the Southampton players are affectionately called, to ensure that their shared message of social responsibility is actioned on together with the local community, providing a safe place for people to enjoy games responsibly.

Southampton Football Club’s Chief Commercial Officer, David Thomas, shared his delight in welcoming Sportsbet as the main club partner, noting that the brand’s efforts in innovating the online gaming space by combining new tech with football have defined the spirit of fun, fast and fair gaming experience. He promised:

“Everyone at the club is looking forward to the start of what we hope will be a strong season for Southampton, and we are very happy that we will be able to share that journey with sportsbet.io.”

CEO and co-founder of the Coingaming Group, Tim Heath, spoke with pride at being able to strike the deal with one of the biggest names in English football, saying that the two rands shared a common desire to disrupt and expand their global reach. Tim declared:

“We are absolutely thrilled to announce this sponsorship deal with one of the Premier League’s most ambitious teams… We’re proud to be able to contribute to the Saints and support such a prestigious team which has been around for nearly 135 years!”

For fans and supporters of Southampton FC, please note that all sales of football kits for the clubs have been temporarily halted to ensure that the new kits are produced and updated. All those who have already purchased any of the home, away and third kits for 2020/2021, featuring the old LD Sports name on the front will be offered a solution for updating these shirts. Your patience and understanding as the club resolves this extremely complex situation is much appreciated!

Full-suite crypto trading platform AAX is nearing its latest flash sale round with 1,000 $AAB set to be handed out, for free, to half of the participants. Leading crypto trading...

For avid crypto users looking to take their privacy to the next level, BitLaunch is offering private VPS services at competitive hourly rates. To uphold their privacy and protection...