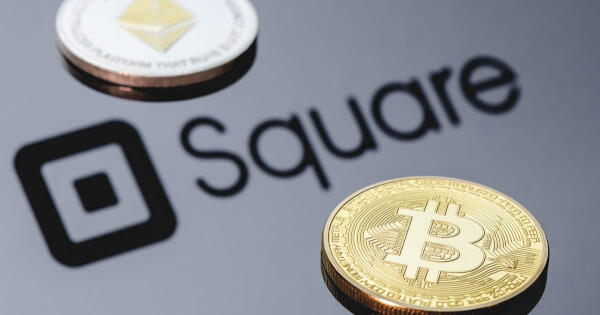 Jack Dorsey’s company Square has announced that it plans to acquire Australian technology company Afterpay. This was revealed in a press release that went out on August 1st. The press release showed that both companies had entered into what is known as a Scheme Implementation Deed.

Square plans to acquire all of the issued shares in Afterpay. And this will be done by a recommended court-approved Scheme of Arrangement. The total value to be paid for Afterpay came out to $29 billion. This was based on the closing price of Square’s common stock on July 30, 2021, which had a strong close.

Related Reading | Robinhood IPO’d: Here’s Why You Should Move Your Crypto Out Of Robinhood ASAP!

Following the purchase, Square plans to integrate Afterpay with its existing apps. Then the payments app will start offering Bitcoin purchases for Afterpay users. The integration will also see Afterpay’s co-founders and Square’s co-CEO working together to lead Afterpay’s businesses in the Square ecosystem.

The all-stocks deal is slated to be finalized in 2022.

The CEO of Square, Jack Dorsey, said “Square and Afterpay have a shared purpose. We built our business to make the financial system more fair, accessible, and inclusive. And Afterpay has built a trusted brand aligned with those principles.

Afterpay is a service that allows you to buy and pay for things over a period of time. All the while offering zero interest on these purchases.

Users can pay for items in four payments, which are stretched out over two months. Payments are made every two weeks by the users until the price for the item is complete. And do not have to worry about interest rates being added to the purchases since there is none.

Related Reading | This New Partnership Will Allow Litecoin Users To Checkout At One Of The Largest U.S. Retailers

The only additional payments that the payment service charges are late fee payments. Which are only implemented when customers do not pay the specified amount on the day it is due.

As of June 2021, Afterpay reportedly had over 16 million. The buy now, pay later giant has continued to report record sales in 2021. In the first quarter, Afterpay had reported a record $10 billion in sales.

The acquisition by Square will provide Afterpay users all of the benefits currently available to Cash App customers. Things like money transfer, stock purchases, bitcoin purchases, cash boost, and more will be available on the platform.

These will be in addition to the services already being offered by Afterpay to its customers. Square hopes to accelerate its strategic priorities for its Seller and Cash App ecosystems using Afterpay. Which Square referred to as “the pioneering global ‘buy now, pay later’ (BNPL) platform.”

The integration will help bring buy now, pay later (BNPL) capabilities to even the smallest merchants. While customers will be able to manage their installment payments using Cash App. Also giving Cash App customers the option to use buy now, pay (BNPL) from the app.