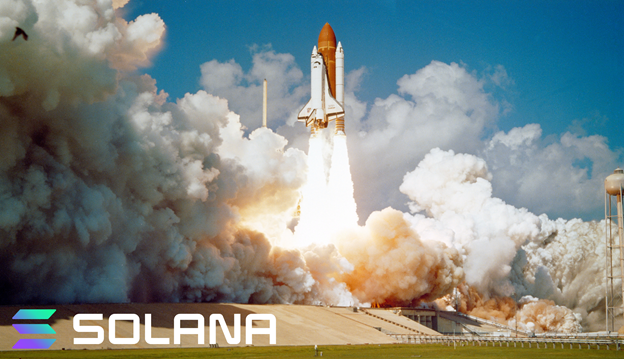 The concept of decentralized finance (DeFi) exploded in 2020, and its long march to prominence shows little sign of slowing down. While Ethereum-based projects set the tone for DeFi with projects like MakerDAO, blockchains like Solana have since emerged which are gaining traction with developers and users drawn to the network’s high speeds and cheap transactions.

Speed, scalability and security are more than just popular buzzwords of the cryptosphere–they are the values that developers most desire when building a new protocol. As DeFi developers begin flocking to Solana with their teams in 2022, here are the top three projects to emerge in January.

Hubble Protocol is a stablecoin and DeFi protocol set to launch on Solana at the end of January. Referred to by pundits as a “supercharged MakerDAO” for the Solana blockchain, Hubble lets users mint the protocol’s USDH stablecoin at 0% interest against multiple types of collateral including BTC, ETH and SOL, and users can earn yields on their deposits.

For example, when SOL is deposited by a user in return for a USDH loan, users can opt to have their tokens staked in a Proof-of-Stake (PoS) liquid staking protocol, Marinade. When the user returns their loan, not only do they reap the profits of whatever application their USDH was leveraged on, they also stand to receive profits from their original SOL tokens, which have been accruing yield in the meantime.

Stablecoins have become one of the most important parts of DeFi over the last year. Hubble seems to be filling a void left in the Solana ecosystem for a fully decentralized stablecoin that can be redeemed for cryptocurrency, much like DAI on the Ethereum network, which has made MakerDAO the third-largest DeFi project overall by total value locked (TVL). This might be why Hubble managed to fundraise $10 million from key players in the Solana ecosystem.

Hubble Protocol is set to launch on the Solana mainnet on January 28th with a triple IDO beforehand. The protocol has already launched a devnet application that users can try out and earn HBB tokens for submitting feedback about bugs or improvements for UX/UI.

In addition to Hubble Protocol’s MakerDAO inspired platform, the Solana blockchain is also home to numerous other DeFi protocols aiming to establish themselves as leaders in a new generation of decentralized applications (dApps).

Among these are the likes of Zeta Markets, a futures and options decentralized exchange (DEX) that looks to provide a decentralized platform for cryptocurrency derivatives traders. Still in development with a roadmap that extends into the middle of 2022, Zeta aims to enable hedging, speculation and futures options on a (potentially limitless) selection of market movements.

Zeta promises to provide users with one of the first decentralized derivatives platforms that aren’t overseen or controlled by anyone entity, granting the average trader access to sophisticated trading options that have previously been the remit of centralized exchanges. Additionally, Zeta offers users the chance to trade with under-collateralized positions.

This project won the Grand Prize at Season, the Solana hackathon held earlier this year. On top of the prize money from the hackathon, the project raised $8.5 million on the way to launch. Zeta Markets launched on January 17th, and the protocol is now live.

Upcoming additions to Solana’s burgeoning DeFi suite include 01, a decentralized derivatives protocol that provides an on-chain orderbook and cross-chain collateralizations using numerous tokens from different blockchains. Like other Solana dApps, 01’s trades can be confirmed in seconds, and executed while incurring sub-milli-cent transaction fees.

In the past, derivatives traders have typically been limited to using only fiat currencies, or the singular token native to whichever centralized exchange they happened to be trading on. 01 looks to upend this model by flattening a previously vertical derivatives landscape to allow cross-chain collateralizations from multiple networks.

01 has had a live public devnet running since September of last year, and it will launch on the Solana mainnet this January 27th.

Solana Starts of the Year Strong Backed by Power Projects

As DeFi continues to grow into a multi-chain environment, Solana has become the one network placing all of its chips on creating a scalable and composable network. As more projects are built on the Solana network, the future of composability in DeFi just might rest on the success of the protocols launching this year.

The three projects mentioned in this article are strong contenders for protocols that will help shape the future of DeFi on Solana. It will be interesting to see how their contribution to the Solana ecosystem further enhances the traffic to the network that already boasts the fastest transactions and cheapest fees in blockchain technology.