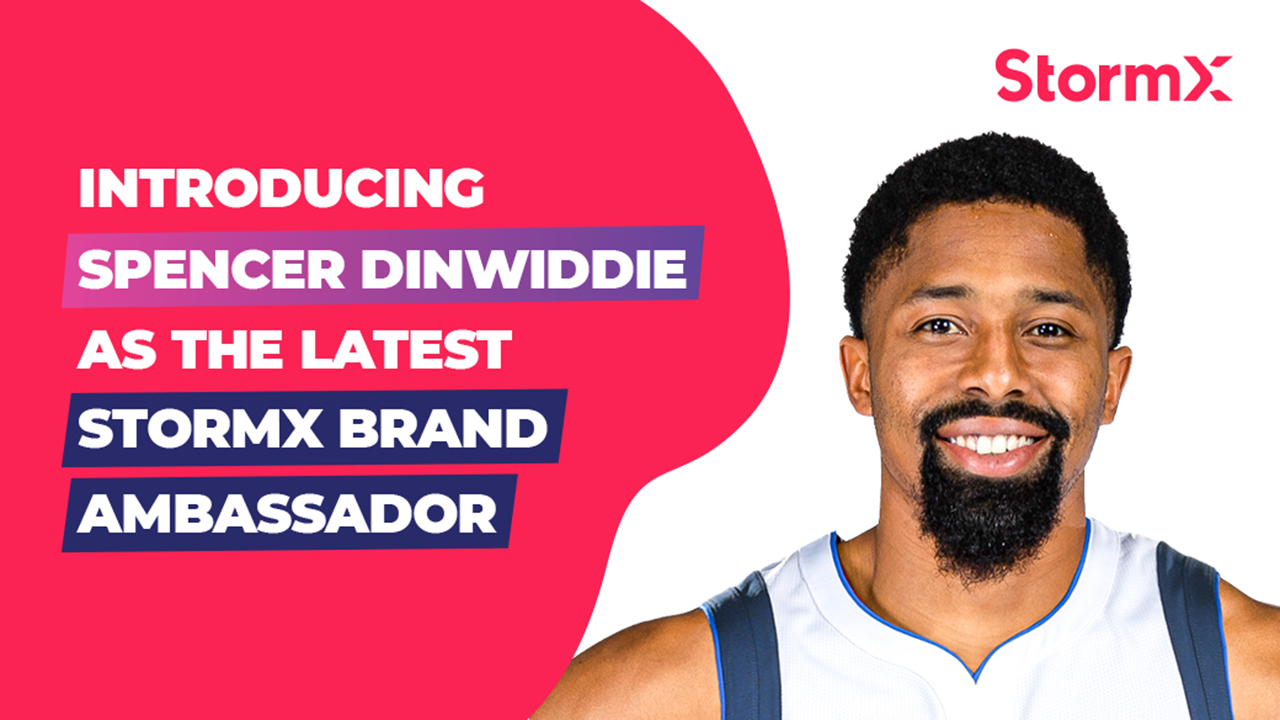 The partnership will kick off with a charitable NFT auction off Dinwiddie’s original signed contract of Brooklyn Nets in 2019.

With over 4 million app downloads, $5.5 million rewards paid out in crypto to-date, StormX is greatly embraced by the sports community and crypto enthusiasts as it allows users to earn crypto on their daily purchases at eBay, Nike, Foot Locker and 1,000+ global merchants.

Simon Yu, Co-founder and CEO of StormX, said, “We are thrilled to partner with Spencer and expand the relationship with StormX and the NBA community. He is really looking at digital assets from an outside-the-box perspective and we are thrilled to have that perspective as we work together to grow crypto mass adoption together.”

A longtime proponent of digital assets and blockchain technology, Spencer Dinwiddie tried to tokenize his $34 million dollar contract with the Brooklyn Nets in 2019. As an athlete who epitomizes NBA player’s growing interest in tech investing, and entrepreneurship, Dinwiddie will work with the StormX team to introduce key initiatives as well as increase education around blockchain technology and StormX’s cashback rewards & loyalty ecosystem.

Spencer Dinwiddie also commented on the announcement by saying, “I’m excited to join StormX as a brand partner. I’ve long been a proponent of decentralization and blockchain technology, and StormX is making it easier for every-day people to enter the space. StormX is the tip of the iceberg when it comes to how people can use blockchain in everyday life and I’m sure the NBA community will benefit from learning more about these tools.”

The partnership between StormX and Dinwiddie will officially kick off with a charitable NFT auction. Dinwiddie will be auctioning off the original signed copy of his Brooklyn Nets contract extension that he tried to tokenize back in 2019 as a 1/1 NFT. This commemorative piece of blockchain history will also offer real world utility including a signed Mavericks jersey, and tickets to an upcoming Mavericks game. 100% of the proceeds from the sale will be donated to Dinwiddie’s charity The Dinwiddie Family Foundation.

After announcing brand partnerships with the Portland Trail Blazers and Pelicans guard CJ McCollum, StormX is further cementing its relationship with the NBA community by unveiling Spencer Dinwiddie as their latest brand partner.