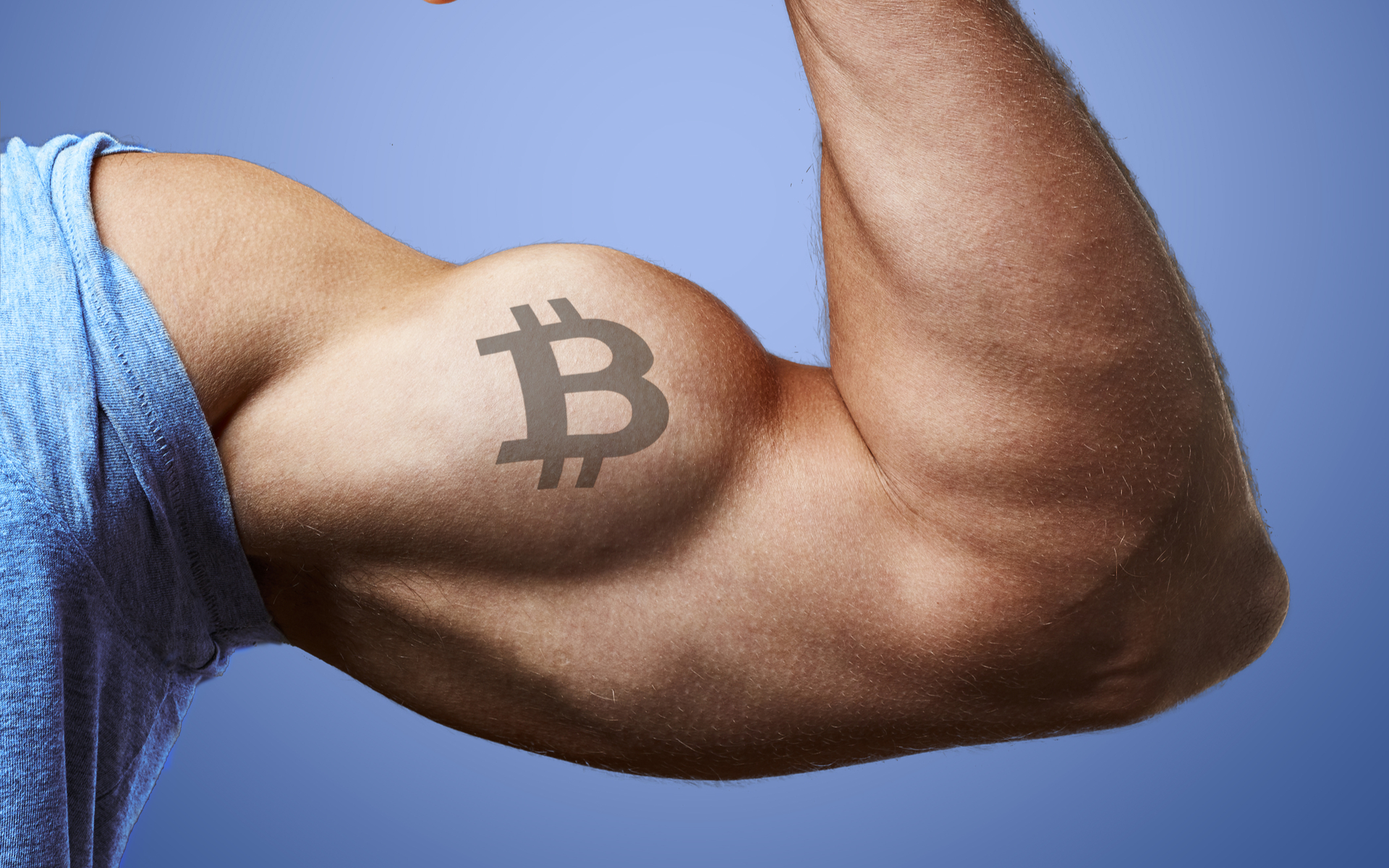 Bitcoin Analyst/Economist, Willy Woo, is known for his stellar work on signaling models and tools to aid investment decisions. Well, now he has unleashed a new metric, the Bitcoin Difficulty Ribbon.

How Difficult Can One Bitcoin Be?

However, when the ribbon compresses or flips, this signals a slowdown in difficulty increase or even a decrease in difficulty. These are the best times to buy bitcoin, which would seem like a nice simple indicator to use. But why should it be so?

Introducing the Bitcoin Difficulty Ribbon. When the ribbon compresses, or flips negative, these are the best time to buy in and get exposure to Bitcoin. The ribbon consists of simple moving averages on mining difficulty so we can easily see the rate of change in difficulty. pic.twitter.com/6kBz4sLG1d

The Theory Behind The Metric

The visualization of mining difficulty examines the effect of mining on bitcoin’s price. Of the new coins being mined, some are sold off to cover miners production costs. This produces a downward pressure on bitcoin price.

Weaker miners must sell more of their mined coins in order to remain operational until this becomes unsustainable. At this point, the weak miners give up, reducing the overall hashing power and potentially causing a difficulty drop.

Only stronger miners are left, who don’t need to sell as many coins to cover costs, leaving room for more bullish price action. 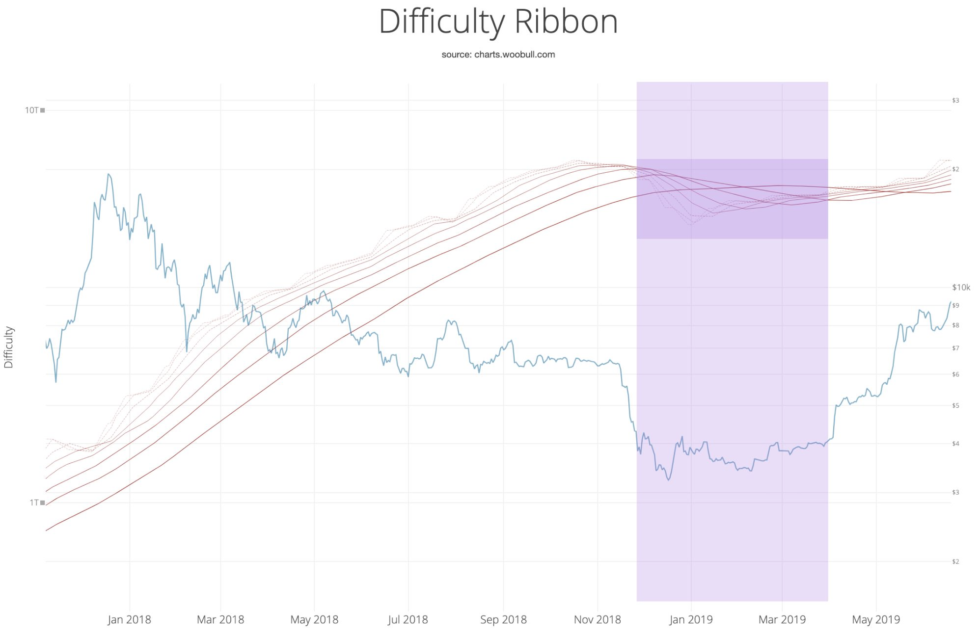 Historically, this has happened at the end of bear markets. The lack of selling pressure from weaker miners (who have left the market) allows for price to stabilize and climb.

A similar effect can be seen during block reward halving events when a sudden drop in the coins mined occurs, yet costs remain the same.

Woo’s work builds on an April 2014 observation from Vinny Lingham, CEO of Civic.

Looking To The Future

One observation that Woo makes is that the current bull market (and the capitulation that preceded it) has more in common with that of 2012 than 2016.

In 2016 the ribbon compressed, but in both 2012 and 2019, the ribbon fully flipped, showing severe mining capitulation. This, in turn, led to vastly reduced selling pressure from miners, and a shorter accumulation period before price breakout.

The 2012 bull-run saw bitcoin price go from around $2.50 to an eventual top of over $1000. Which means (let me get my calculator)… past performance is no guarantee of future results. But it is interesting nonetheless.

What do you think of Willy Woo’s Bitcoin Difficulty Ribbon Model? Let us know in the comments below!