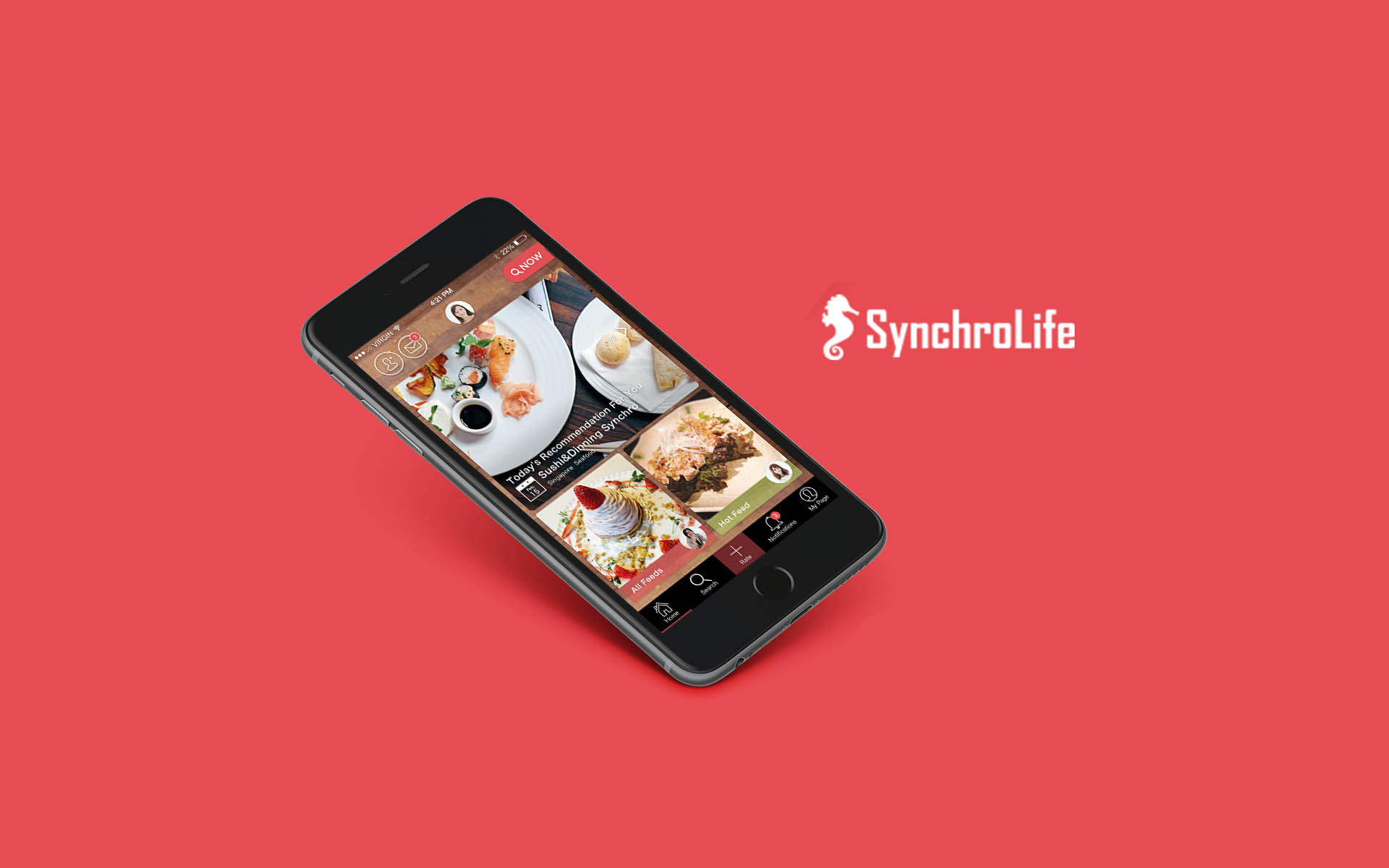 SynchroLife Limited, managing company of the artificial intelligence based restaurant recommendation platform “SynchroLife” has announced a token crowdsale to back the development and implementation of blockchain technology and an original cryptographic token based on Ethereum into the SynchroLife platform.

After the success of the beta release of SynchroLife in Japan, the service has opened globally, with a focus on East Asia. SynchroLife plans to further develop and grow the existing SynchroLife service into a blockchain based decentralized restaurant recommendation platform to provide trustworthy restaurant information and reviews worldwide by rewarding reviewers with tokens. The token crowdsale will start August 3rd, 2017 12:00 noon GMT. Further details regarding the token crowdsale will be announced soon on the official website.

SynchroLife’s restaurant recommendation platform allows users to socially record and share restaurants they have dined at and get personalized recommendations calculated with artificial intelligence.

While traditional centralized restaurant review and discovery services have struggled to maintain up-to-date restaurant business information and trustworthy reviews, SynchroLife is resolving these long held pain points with blockchain technology. With the introduction of smart contracts, the Ethereum blockchain, and a unique cryptographic token, SynchroLife is building a decentralized restaurant recommendation platform where all information is open and users are rewarded for contributing to and maintaining high-quality content and business information in the platform. 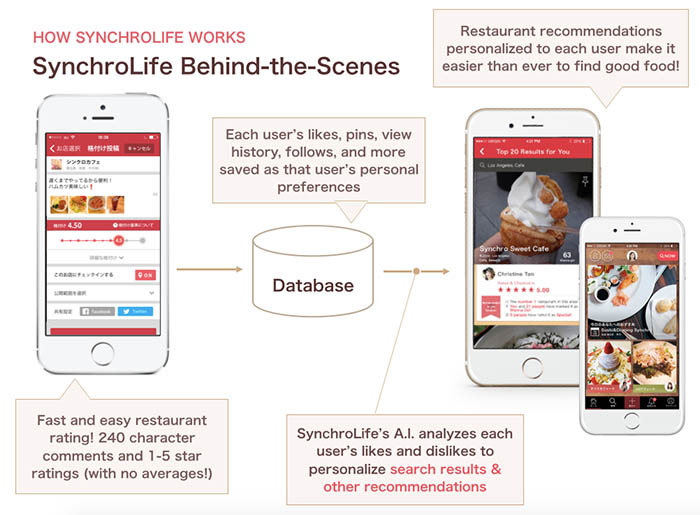 The Power of a Token-based Economy

The token-based economy within SynchroLife will use SynchroCoin (SYC), a cryptographic token built on the Ethereum blockchain.

Users can receive SynchroCoin tokens in reward for contributing to SynchroLife by adding a new restaurant to the platform, editing or adding restaurant business information, marking closed restaurants, translating restaurant information, leaving high-quality reviews or photos of restaurants, and more. All rewards are delivered to users via Ethereum smart contract.

Using just gamification in the beta version of SynchroLife released in Japan, we’ve seen over 32,000 users join the platform and contribute over 150,000 reviews with over 300,000 photos. Of the 750,000 restaurants on the platform, users added 35,000. We believe that we can take this platform and grow it even more by rewarding users for their contributions and for maintaining restaurant information decentralized on the blockchain. We are going to build a global and reliable restaurant recommendation platform in a way that has never been possible through traditional service models. We want to help people get the most out of every meal they have when dining out, and build a truly global platform where people can connect socially and discover the best foods from both their city and around the world.

About the Token Crowdsale

multi-signature wallet with escrow. For more details about the token crowdsale, including the crowdsale terms and bounty, please reference the SynchroLife crowdsale website and whitepaper. The crowdsale will begin August 3rd, 2017 at 12:00 noon GMT.

After the token crowdsale, SynchroLife plans to immediately start the development of blockchain technology and token features for SynchroLife to convert the service to a decentralized restaurant recommendation platform by early 2018. Throughout 2018 the SynchroLife team plans to release

Further information about SynchroLife, the SynchroCoin token, and the crowdsale can be found at the official SynchroLife crowdsale website and in the whitepaper.

The current beta version of the platform (without blockchain technology and tokens) is also available free for download on iOS and Android smart phones via the App Store and Google Play.