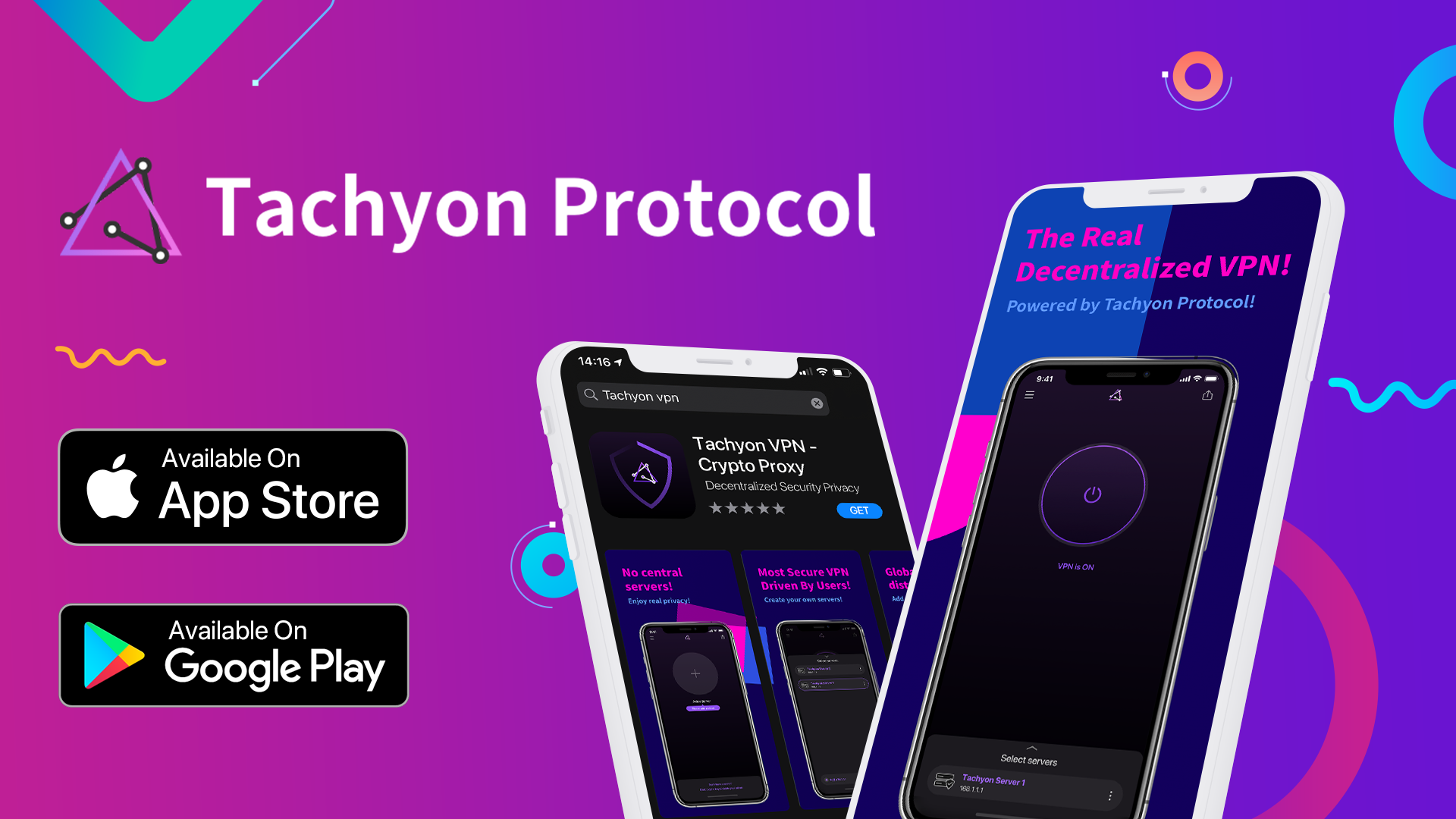 There are 900 million VPN users around the world and the numbers are increasing fast every year. Most of them are mobile users. The global VPN market was valued at $23.644 billion in 2019 and is expected to reach $35.744 billion in 2022, growing at a compound annual growth rate of 14.77%. Tachyon headed into this huge market and became the first one to challenge the traditional VPN market in the same stages.

According to the latest data of CoinMarketCap, Tachyon Protocol(IPX) has ranked amongst top 100 cryptocurrencies at a time when the entire market is down. This is a significant signal from the market that the value of good products is regaining attention now. Tachyon VPN is not only the first decentralized VPN launched both on App Store and Google Play, but also the one that brings a boost to the development of Dapps. Once millions of users are connected by Tachyon VPN with IPX, the potential is infinite and it must bring some changes to all industries.

The product launch will help to boost the growth of the node community which will ensure the function of the Tachyon system. The first version is not enough to show all charms of blockchain but it is worth expecting the following versions.

Tachyon Protocol is a decentralized internet protocol that aims to create a liberal, secure and private internet for users. The Tachyon-based VPN, IoT, DeFi, Storage, CDN, DNS, and other Apps will benefit more than 900 million users. By implementing techniques from DHT, blockchain, UDP, and encryption, Tachyon is committed to building the next generation TCP/IP that can provide a self-sufficient internet environment with high security, untraceability, availability, and maximum network speed. For more information, please visit https://tachyon.eco.