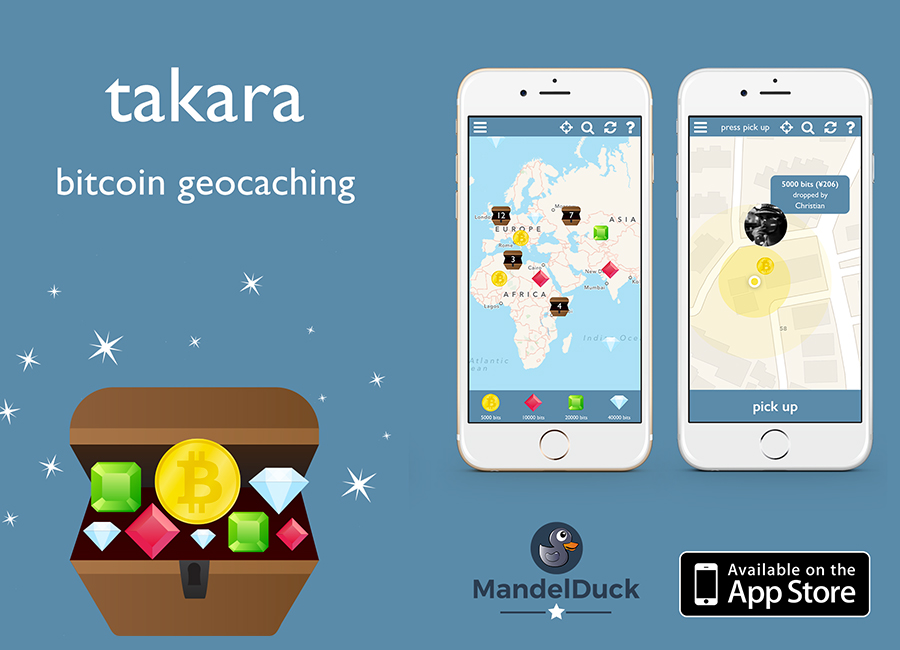 Forget Pokémon GO (please) — real-life bitcoin collecting game Takara has added support for Counterparty assets. That means you can now pick up an almost-unlimited array of tokens and digital trinkets as you walk around.

Takara, which at this stage is iOS-only, means “treasure” in Japanese. It’s the first demonstration of fungible in-game assets deployed in an augmented reality application.

This means that, as well as bitcoin values, players can now collect tokens representing coupons, tickets, loyalty points, company stocks, game items or anything else creators can imagine.

Users bring up a map of their local area with a smartphone, showing locations of all nearby tokens. From there it’s a matter of traveling to the exact spot and using GPS to pick them up. 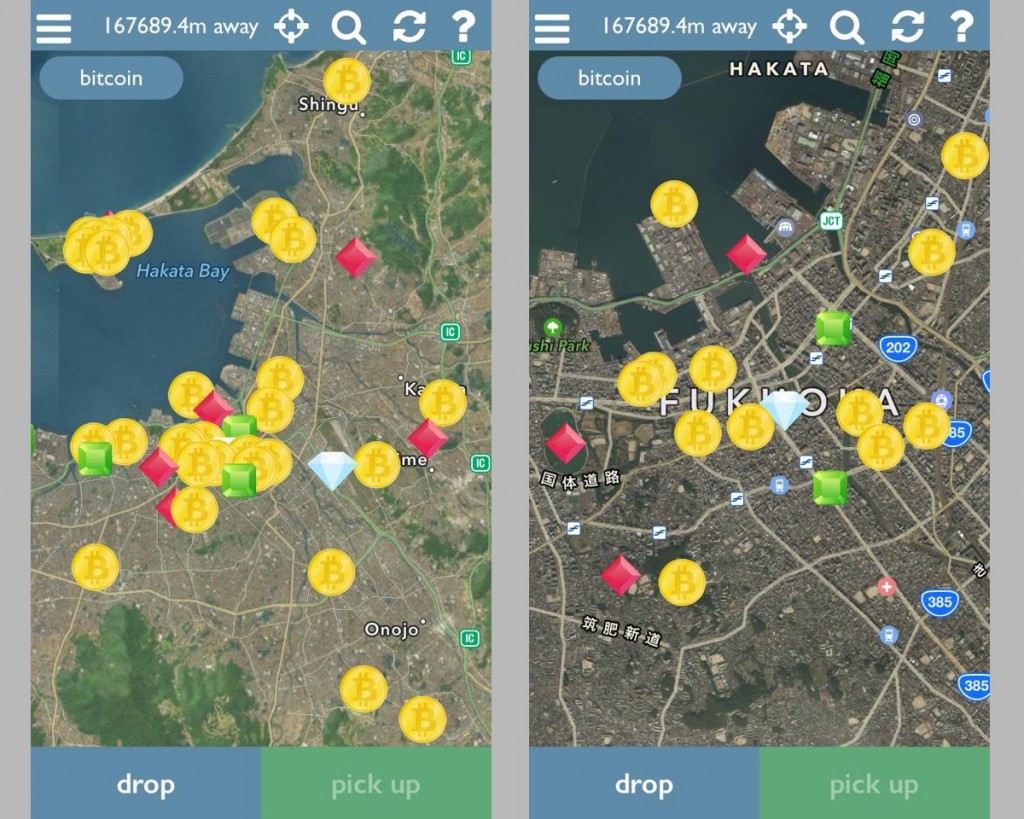 To ensure players actually travel to the token location, token “droppers” can also ask a question about the local area that only someone physically there could answer.

How to Become a Takara Dropper

For now, anyone can collect tokens, but only authorized players can “drop” them. Christian Moss, founder of Takara developer Mandelduck, told Bitcoinist this is to prevent bad actors spamming the field with zero-value tokens, which are possible to create. Anyone wishing to become an authorized dropped can contact the company via its website.

There are also other security measures, he said.

“The user always holds the private key of any takara they drop,” Moss explained. “If a question is added to a takara then the private key stored on the server is encrypted with the answer and the answer is not stored. The only way to decrypt that takara’s private key is to go to the location and answer the question.”

Mandelduck also produces the popular Sarutobi, a game that pays players a share of its advertising revenues — in bitcoin.

Tokens Can Have Use Outside the Game

As evidenced by the recent Pokemon mania, there’s a huge market for interesting mobile games that get players to interact with the real world.

Add to this the concept of “geocaching,” or leaving chunks of value at exact physical points, and the game takes on a new dimension.

Game creators are under increasing pressure to make profitable games. The market may incentivize the use of in-game assets as a method of monetizing games beyond the sticker price.

Users will be more open to the concept of buying digital assets than they have been thus far if the in-game assets being sold are fungible, meaning they can be sold or traded later. To this point, game developers have already tried to bridge the revenue gap by selling proprietary in-game content that is not fungible.

There’s also a number of use-cases for non-value tokens, like coupons and entry passes to events.

Have you tried playing Takara or Sarutobi? What else would you like to see included in the games?