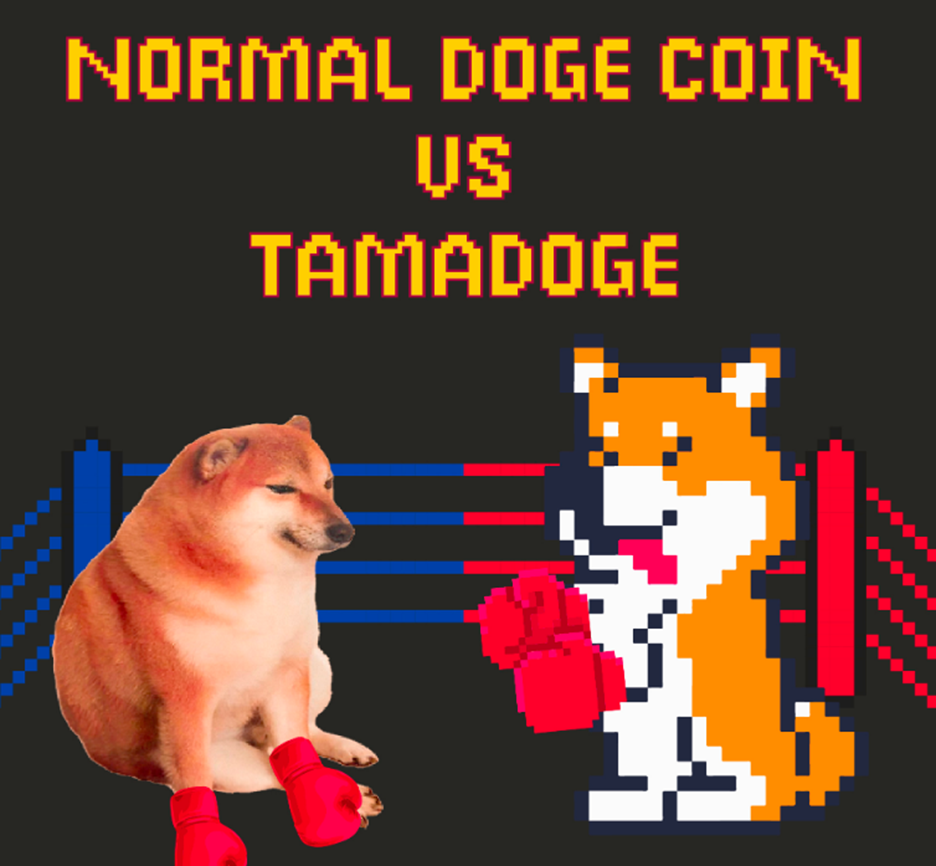 Tamadoge Raises $10m – is it the Best Memecoin?

Tamadoge is an exciting new project that is being named a ‘DOGE Killer’ in some circles after it raced past $10 million in early seed funding.

More than 70% of its presale allocation is now gone with the final 40% expected to be sold before the end of September – but could it take DOGE’s crown as the top dog?

What is Tamadoge (TAMA)?

Tamadoge is a new crypto project that is gaining a massive amount of buzz on social media having taken less than a month to raise $10 million.

It has already been named the best cryptocurrency project to invest in for 2022 and promises something that DOGE never has – long-term utility. 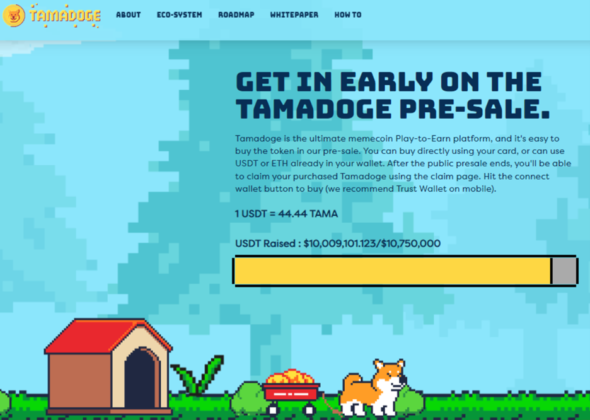 The wider Tamaverse will not only incorporate the native TAMA token, but features play-to-earn gaming, NFT ownership and more.

TAMA vs DOGE – Which is the Best Meme Coin?

It was designed to be a currency rather than as an asset to hold and its major use so far has been as a tipping system on some social media sites such as Reddit and Twitter, though that has huge discrepancies from user to user.

Some businesses do accept it, including the Dallas Mavericks, but the take up hasn’t been huge, despite DOGE holders starting the #AcceptDOGE campaign to push merchants to accept it as a currency. 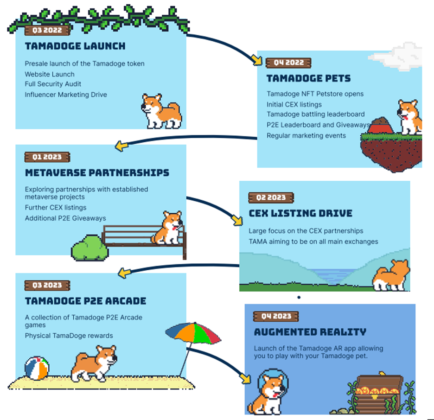 Elon Musk, one of the world’s richest man and DOGE’s most high profile supporter, has continued to make it known he remains a huge investor and fan of the coin and at the start of the year started accepting DOGE as currency to buy certain Tesla merchandise.

In July he also sold nearly $1 billion worth of Bitcoin but kept all his DOGE holdings.

However, while Musk’s Tweets have often led to price pumps for DOGE – and has certainly been the driving force behind its massive growth in the past – one billionaire supporting the coin is not necessarily a recipe for long-term success.

Tamadoge, on the other hand, is building a project with numerous use cases that should see it become a great long-term investment over the next decade.

At the end of 2022, TAMA holders will be able to mint an NFT pet – built to resemble 90s craze Tamagotchi, holders can feed, care for and grow their pets, before eventually battling other holders in a P2E game that will earn players rewards.

Blockchain gaming and GameFi are expected to be areas that will see exponential growth in the coming decade and also an asset class that has been described as the “least affected” in the bear market, by data and analytics site DappRadar.

Other games will also be released in the Tamaverse, while the Pets will turn from 3D to augmented reality – planned for Q4 2023 – allowing holders to take them into the real world to explore.

One area where TAMA has an unassailable advantage over DOGE is its strong tokenomics.

DOGE not only has a current circulating supply of 130,000,000,000, but also an unlimited max supply – capped at 5 billion annually – that allows anyone to mine for more of the coin.

For DOGE to reach $1 it would need a total market cap of $130 billion – more than the third and fourth biggest cryptos on the market (USDT and USDC) combined, and almost double its peak market cap ($78 billion) from May 2021, just before Musk appeared on Saturday Night Live. 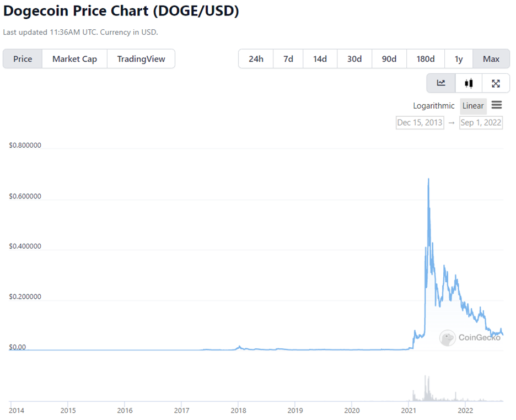 Reaching $1 would see new DOGE investors make 16x returns from the price at the time of writing, $0.06, a very nice return but one that would take an incredible amount of money and new investment to reach.

Dogecoin’s own website also explicitly states that the coin is inflationary as it was designed to be used as a currency and not as an investment vehicle or for hoarding.

Alternatively, TAMA has a much stricter supply and also employs a deflationary mechanism that should ensure scarcity and growth in the future.

The max TAMA supply is just 2 billion, making $1 reachable with a market cap of $2 billion – four times smaller than the current DOGE market cap. A $1 TAMA would represent a much juicier 40x from its current presale price – more for earlier investors – at a much more attainable market cap.

If TAMA were to flip DOGE’s current market cap of $8 billion, the coin would be trading at $4, earning the earliest presale investors 39,900% ROI.

TAMA’s deflationary mechanism will also make the coin more scarce and therefore increase value, with 5% of tokens burned with every transaction once the presale is live. As mentioned above, DOGE has no such burn with an ever inflating – capped at 5 billion annually – circulating supply.

With less than 300 million of the presale TAMA allowance remaining, investors are moving quick to stock the token with the price ever increasing.

Each new presale 100 million token release sees the price increase and while 1 USDT will get you 40 TAMA tokens, by the final tranche that same 1 USDT will only return 33.33 TAMA.

A new partnership with Transak has also been announced to ensure the presale is as quick, safe and easy as possible to use.

At this point in its existence it is extremely unlikely that Dogecoin will turn out to be a rug pull or scam, with the coin having been firmly entrenched in the top 10 by market cap for a number of months.

While presales can be bear market proof and a great way to maximize returns during the wider downturn, some projects unfortunately turn out to be rug pulls and honey pots – created solely to scam investors out of their money. 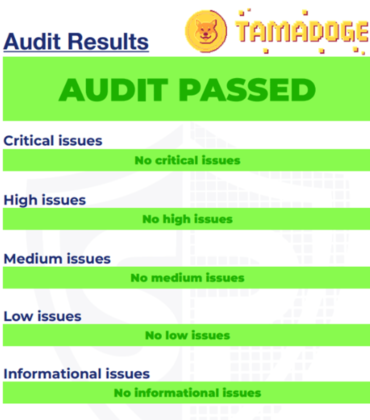 Tamadoge has taken a number of steps to ensure they cannot be regarded as a scam. Their contract has already been audited by Solid Proof and CoinSniper has completed the KYC verification process.

The team is doxxed, with Thomas Seabrook, formerly of WMS and StarDigital, the project’s lead games developer and Carl Dawkins, previously marketing manager at SocialBlox, the  head of growth.

Tamadoge also regularly hosts AMAs on YouTube and engages with the community on Telegram and Twitter to answer questions and ease any fears and a listing on centralized exchange LBank is already confirmed for after the presale.

One area where DOGE remains king is on social media, where the meme coin movement started, and in the real world where the brand now has household name recognition.

Major media outlets consistently report on the rise and fall of DOGE, while their social media following is in the tens of millions. 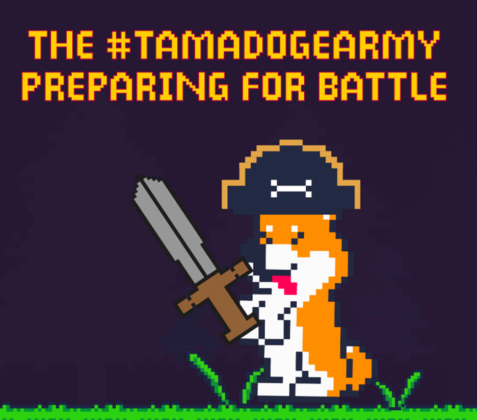 However, after its meteoric rise in early 2021, momentum peaked in May of that year and both  the coin and the influence of the #DOGEArmy has struggled to recover, with dramatic sell offs not finding much support.

The #TamadogeArmy is not yet close to enjoying DOGE’s following or general awareness, but is quickly amassing a following of its own and has been named as one of the best crypto projects on Reddit.

The project has close to 100,000 followers and is quickly growing, with followers already getting access to exclusive rewards – including a $100,000 TAMA token prize and $3,000 YouTube giveaway – as well as early information on the project’s latest developments.

How to Buy Tamadoge – Step-by-Step Guide

This guide will set out how potential investors can join in the Tamadoge presale:

Step 1: Set up a Crypto Wallet

Potential investors will first need to set up a crypto wallet if they do not already use one. 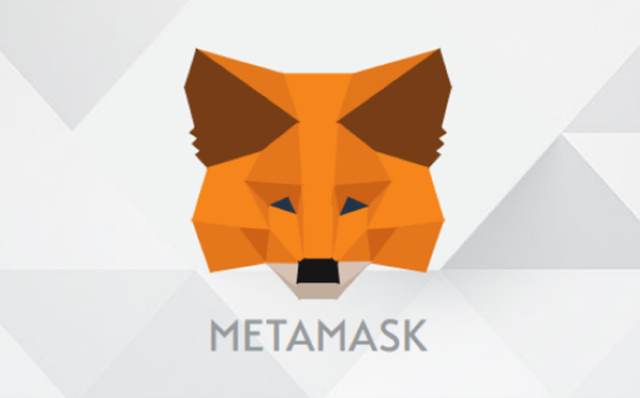 MetaMask is free and easy to use and has multi-chain support. Go to the MetaMask website and download the app or browser extension to sign up.

TAMA cannot be bought directly with fiat currency, however a new partnership with Transak means investors can now buy ETH directly on the Tamadoge website with a debit or credit card. 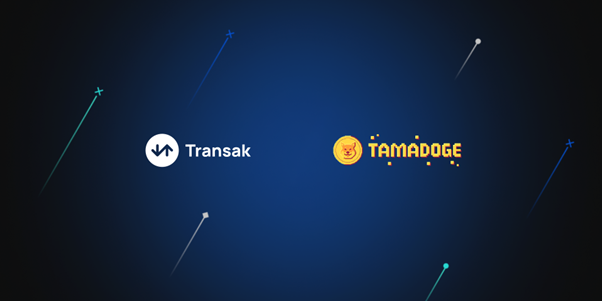 First, connect MetaMask to the Tamadoge website then select ‘Buy ETH with Card’. If it is your first time using Transak you will need to complete KYC steps.

Once the purchase of ETH has been completed you can now convert ETH to TAMA by clicking ‘Buy TAMA with ETH’, entering the desired amount and then clicking ‘Convert’.

There is a minimum 1,000 TAMA transaction and gas and transaction fees have to be taken into consideration.

If you already hold ETH or USDT in MetaMask or on an exchange, ensure there is enough in your MetaMask wallet and follow the instructions on screen.

The TAMA tokens will not appear in your wallet until the presale is finished and will instead be stored on the website.

Once the presale is over, TAMA tokens can be claimed.