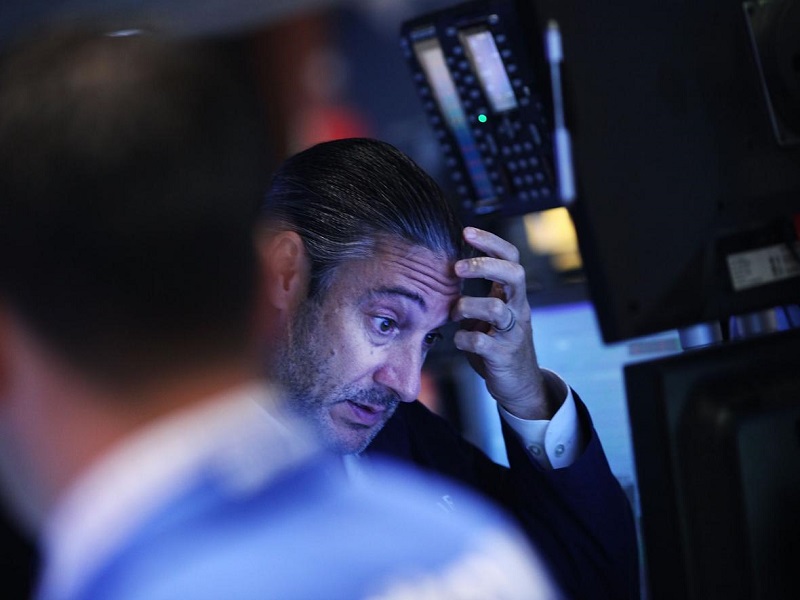 The bitcoin price is ready to fall. After a large sideways lateral market, prices are about to dive to $600, where a new cycle is expected to start, ultimately resulting with a rebound to $820. 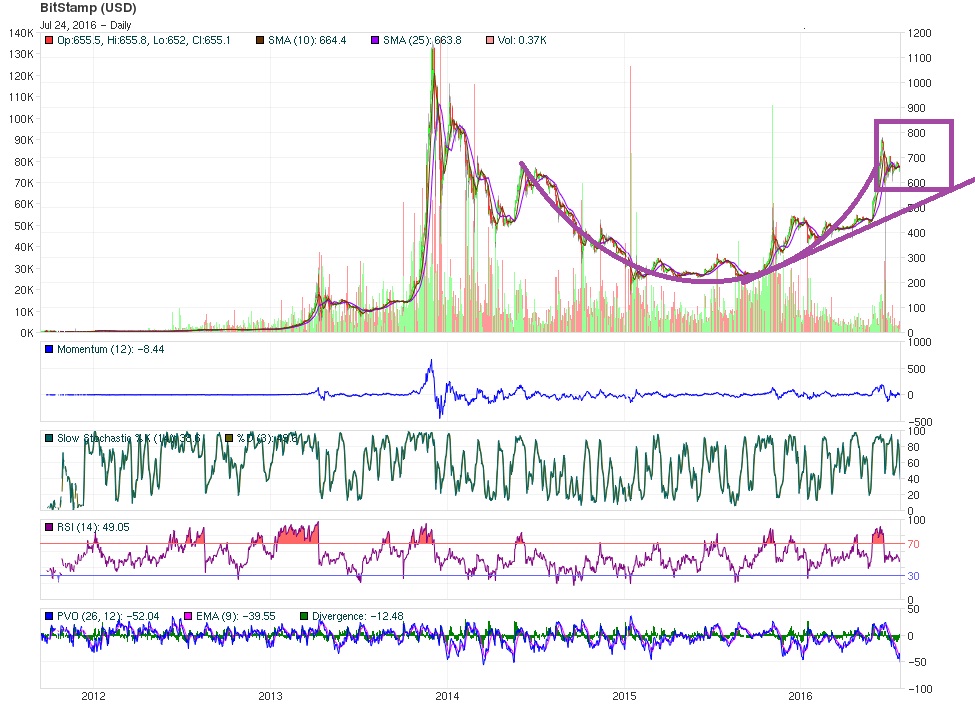 Prices are still moving in a lateral pattern, sustaining the $680 level that is persisting at press time. This situation is about to end, though, with a bear movement that should test the support in the $600 zone.

The main pattern that has recovered this level, which was originally lost in 2014, is over. Another cycle is starting, and the bitcoin price has to dive to the support as confusing news and political factors promote the selloff — working as an accumulation opportunity for big players. 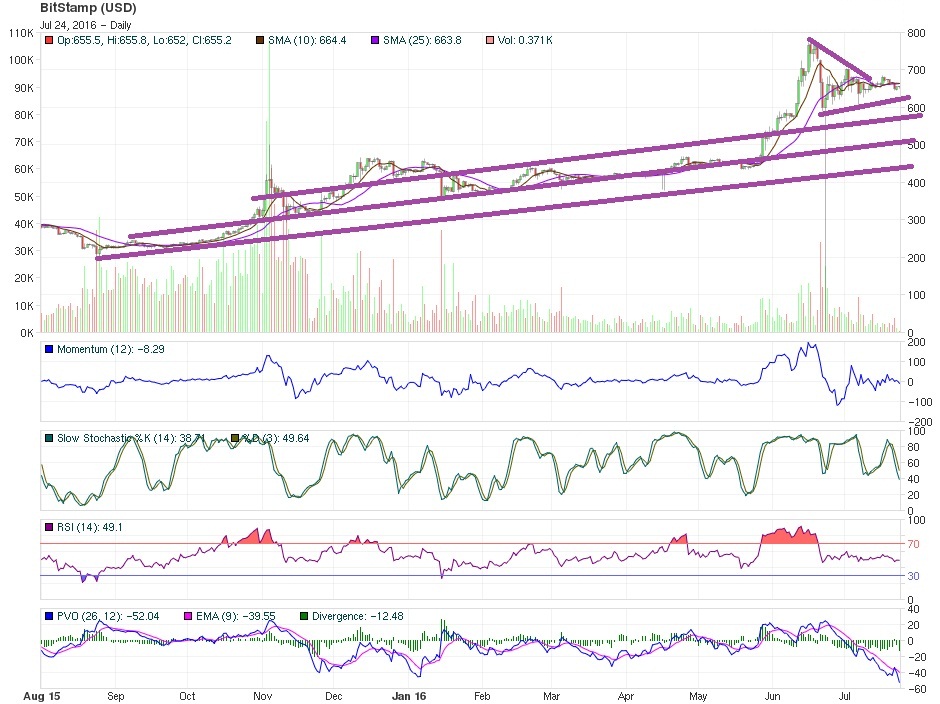 According to mathematical indicators, the next stage could be a plunge to the support at $600, where a new bullish consensus will emerge and provide concurrent elements ensuring a change in prevailing bitcoin price trends.

Main support is really at $580, but round numbers theory indicates that most people will react psychologically at $600, starting a new bull cycle to $820 where the box resistance is waiting on the quotes. 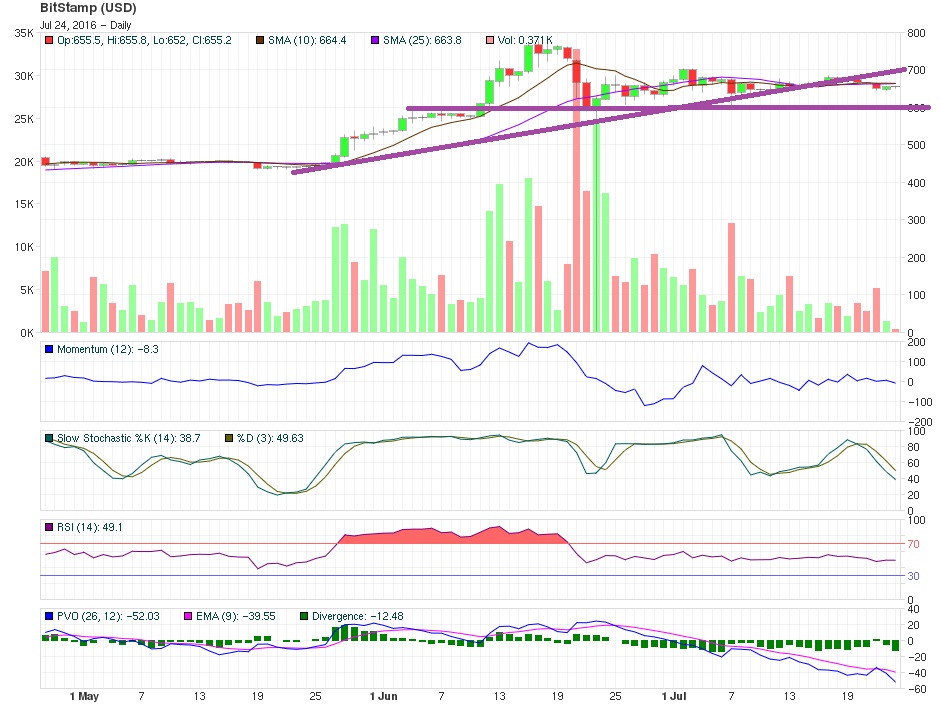 The moving averages have crossed each other to the bear side, and prices are weak enough to fall down. Japanese Candlestick analysis doesn´t allow any rise at the moment, and the large lateral sideways movement is almost finished.

The next stage at $600 could bring a trading opportunity to common people while big investors take their marketplace and build large pyramid positions with the $820 resistance in sight.

What do you think will happen to the bitcoin price. Will it really fall as low as technical indicators suggest? Is a bull run to $820 imminent?