The bitcoin price has recently launched into an upward rally, with technical indicators showing the rise slowing down at $820 while bullish consensus builds to send it further to $1500 by 2017.

Also read: Zcash: Where Is All the Hype Coming From?

Technical Analysis: $1500 and Beyond 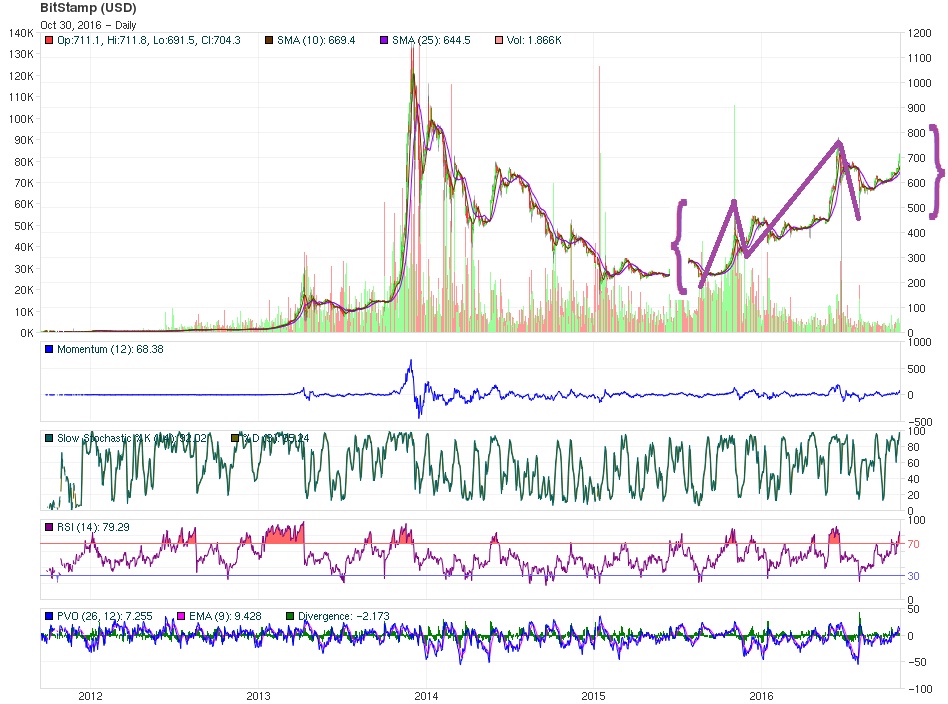 After bullish signs flooded the markets, the bitcoin price has shifted into an upward rally. According to technical indicators, this rally should last until we hit $820, after which a sideways market will prevail.

If this scenario gets confirmed, quotes would be able to double again to the year-end objective beyond $1800. The current Elliott Wave Theory 5th phase could be evaluated at the same size as the 1st wave that took place on 2015´s 3rd quarter.

Following the “ABC ending,” that would happen at $820, which should be thought as a lateral sideways market 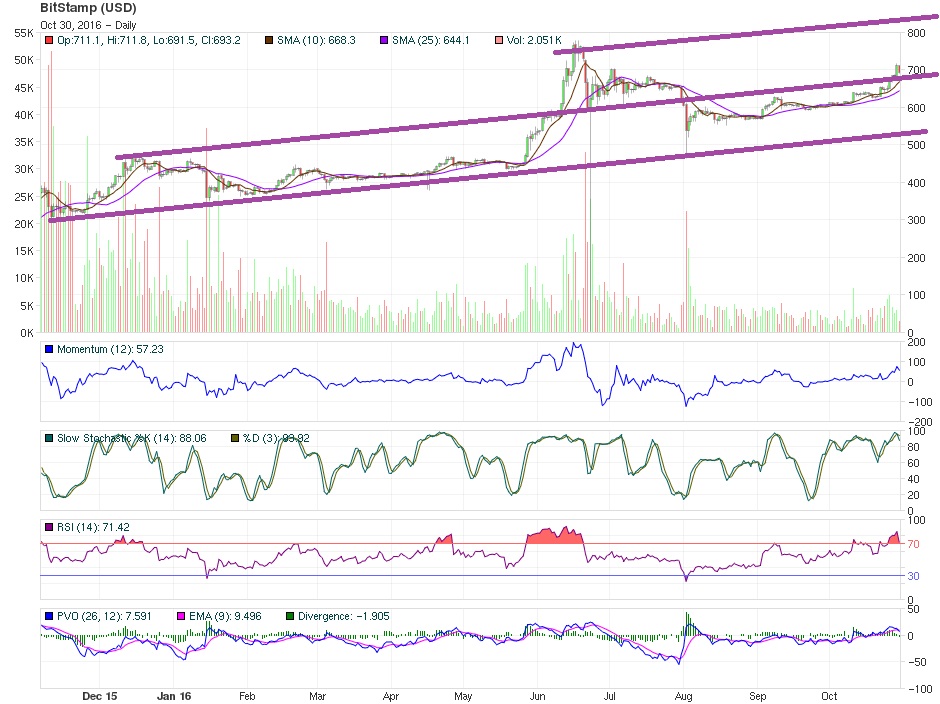 Bullish consensus is still getting stronger. According to indicators, the technical objective is a lateral sideways market near $820.

If confirmed, that scenario be seen as another bullish sign, allowing the chance for another climb into an euphoric bubble, more than doubling the price to $1500 and beyond. 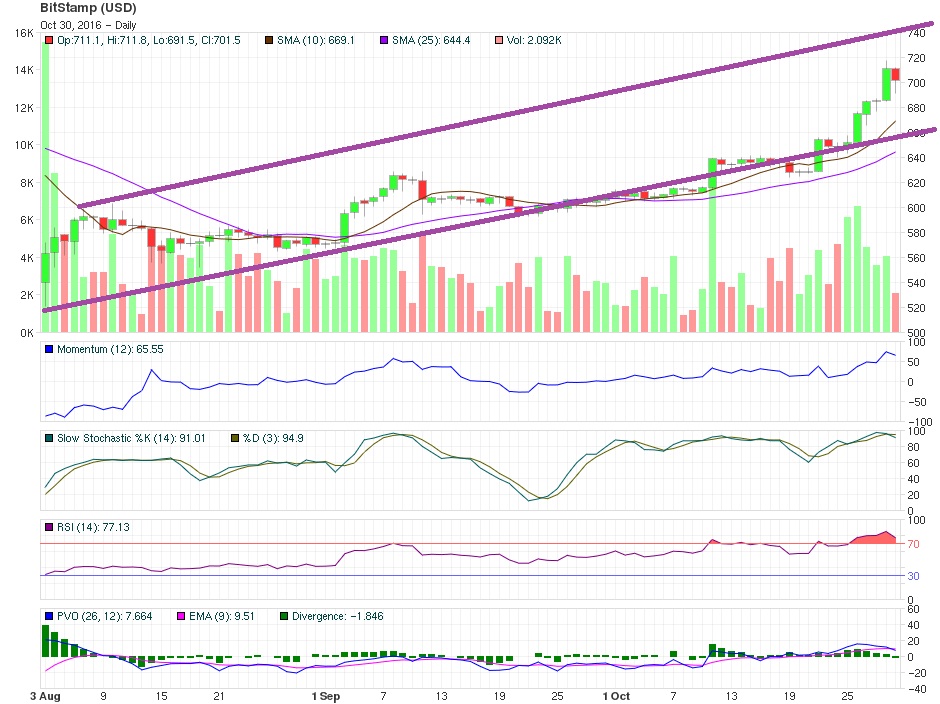 Prices have entered a synchronization process, recovering their lag against technical indicators. A full synchronization in the short-term shows a continued rise to $820.

Japanese Candlesticks Analysis reflects the chance of another upward movement after the arriving to the technical lateral market at $820. However, the time extension of that lateral movement would determine the next bubble´s size.

Staff opinion: We believe the bitcoin price will stay near $700 for a while, acting as a psychological resistance to further increases. After being tested by profit-taking, the bulls will likely attempt to push beyond $700, triggering a rally that confirms the present technical analysis. The timeline for this prediction is uncertain, we believe that it may or may not happen by the end of 2016