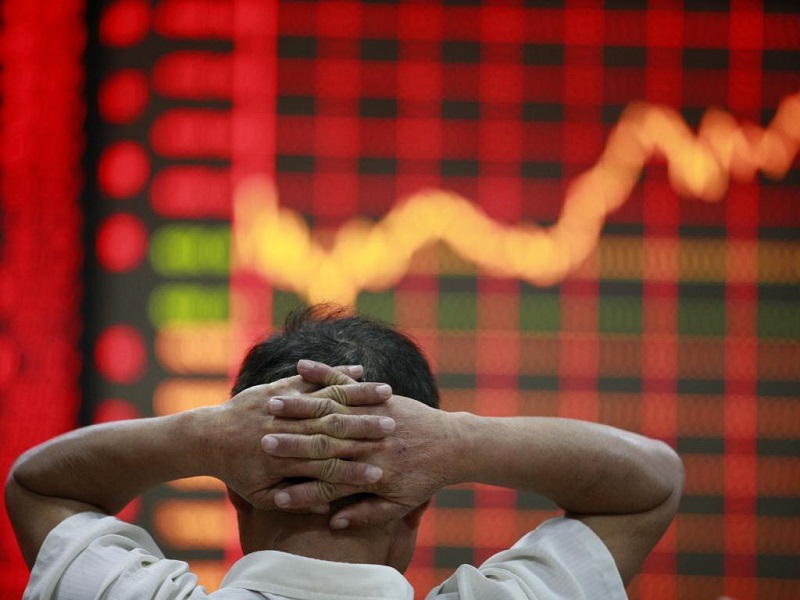 Bitcoin is falling down to end its current cycle, which will happen when prices drop to the technical reversal level.

Where Did the Weekend’s Bitcoin Price Drop Come From? 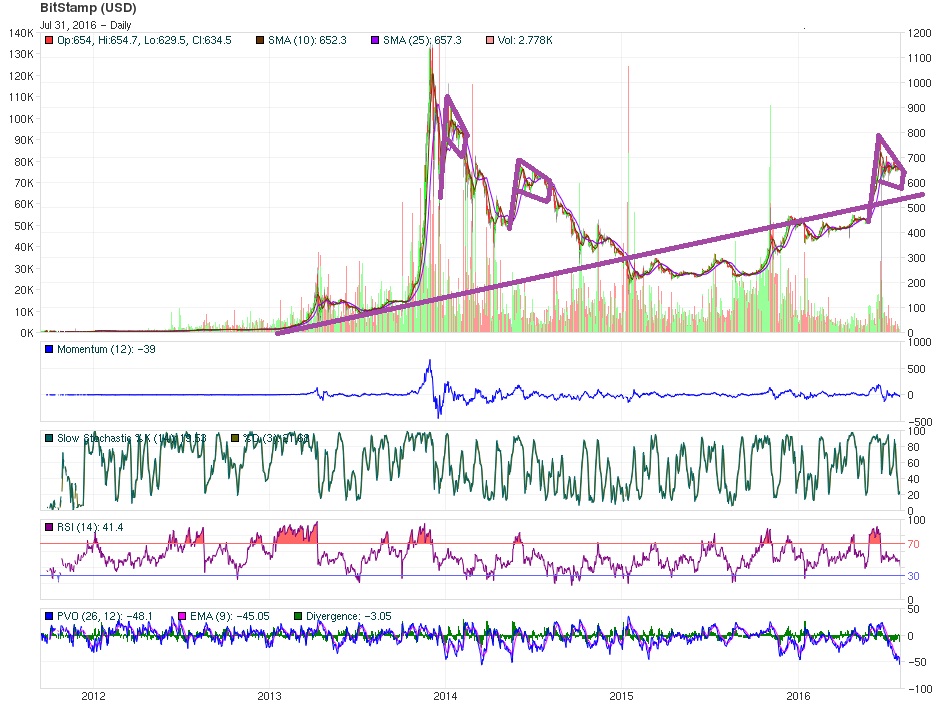 Prices have started the dive to $600 and $580 after a large lateral sideways lateral movement that ended the first technical cycle. To start a new cycle, quotes must reach former broken resistances, which become supports. Once this occurs, strong purchases are expected, framed in the marketplace of biggest players.

Looking back in the chart, another two flags can be analyzed, which have broken to the bear side. This time, the Contrary Opinion Theory could be considered to allow a pull back to $700, extended to Fibonacci´s technical objective at $820 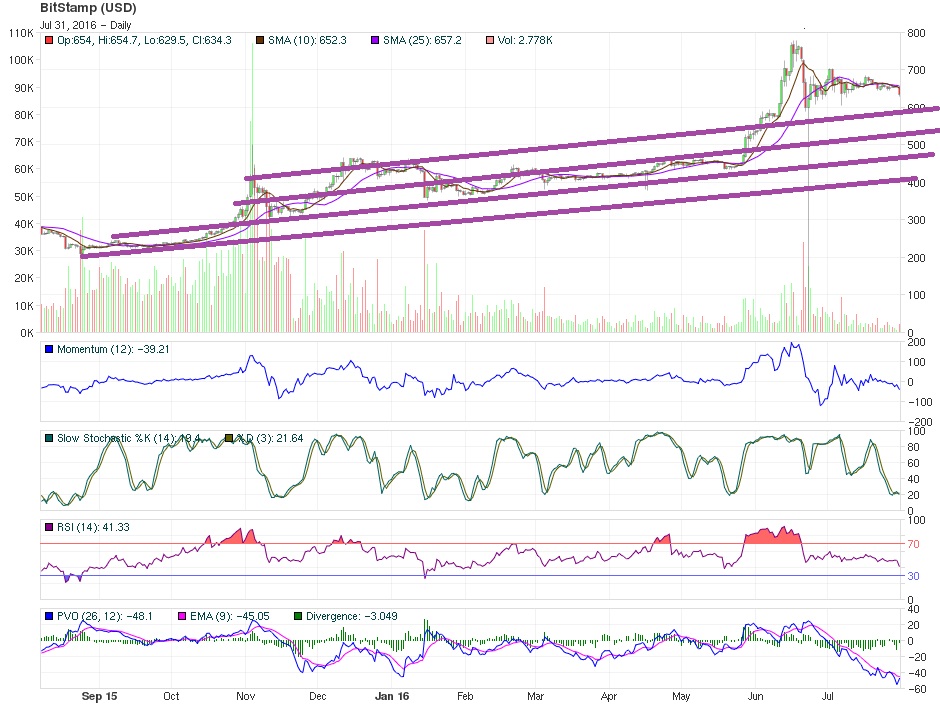 According to oversold mathematical indicators, a plunge to the support at $600 has started, where a new bullish consensus is expected to provide the concurrent elements to ensure a change in trend.

Main support is really at $580, but round numbers theory indicates that most people should react psychologically at 600, starting a rebound to $700 and a new bull cycle to $820, where the box resistance is waiting on the quotes. 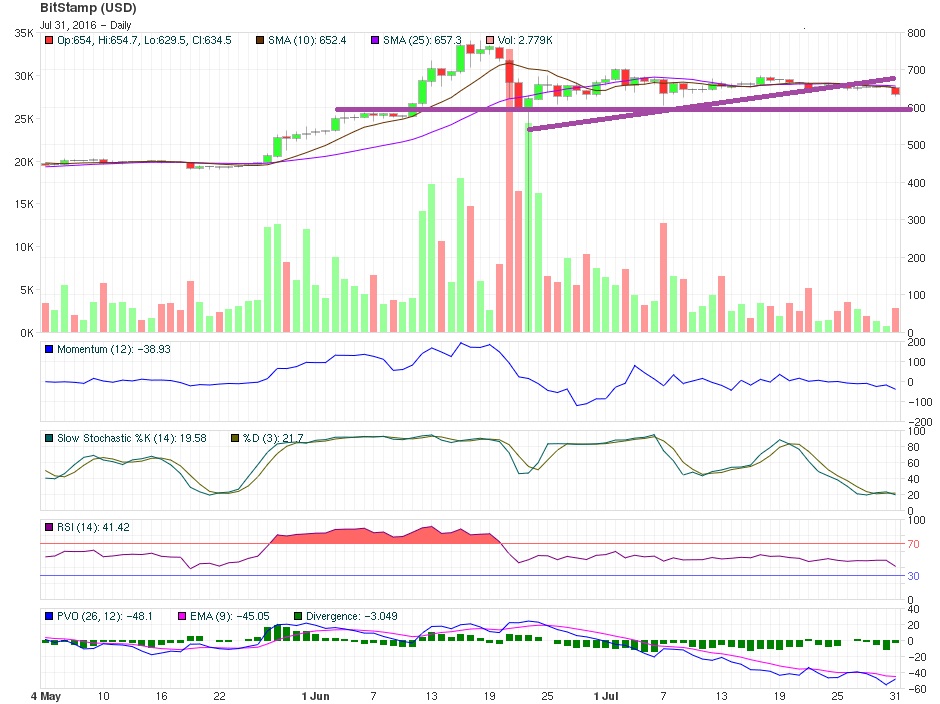 Japanese Candlestick analysis reflects the market’s current weakness, and the quotes are going down to the support.

The oscillators have arrived to the oversold zone far before the coming price plunge, and they could be recovering strength, crossing each other to reinforce the rebound strength from $580 to $600. Afterwards, a recovery will take the bitcoin price to the $700, followed by a continued rise to $820.

At press time, the bitcoin price is hovering in the $620 range and is falling fast, indicating  that the suggestions put forth by technical indicators used in this analysis are accurate so far. Thus, we can expect the price to continue dropping in the immediate term until the markets hit the support needed to prepare the price for a rebound.