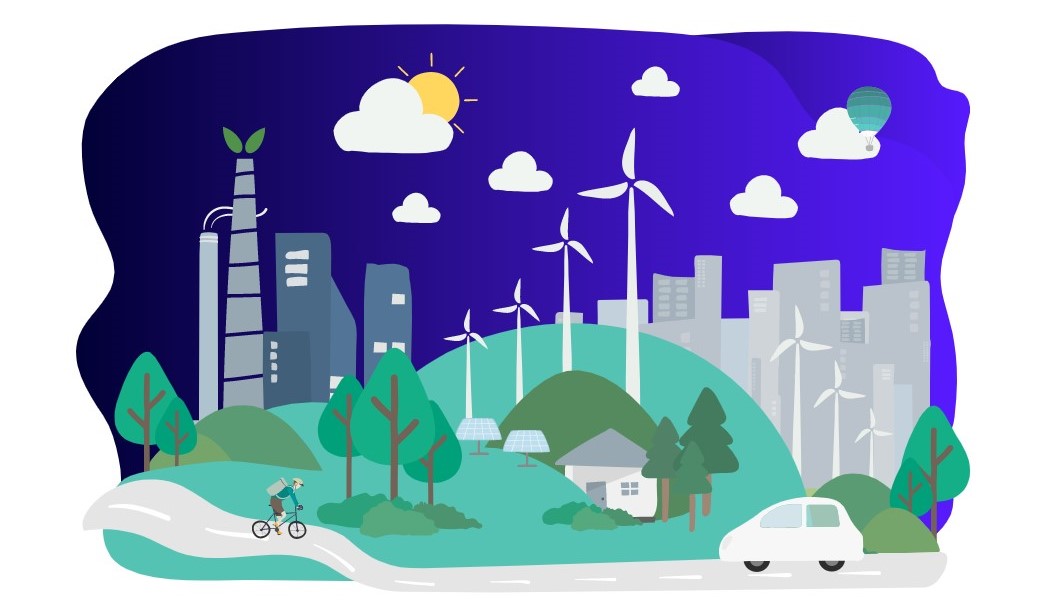 As the global economic landscape continues to evolve at an increasingly rapid pace, it seems to be quite apparent that a growing number of investors are fast becoming more environmentally conscious. In this regard, one need only look at Tesla CEO Elon Musk’s recent decision to stop accepting Bitcoin as a payment medium for the company’s various products.

The reason cited was that Bitcoin’s mining processes were quite environmentally intensive and therefore until the currency could reduce its overall energy consumption, the firm would have to roll back on its prior decision.

The implications of the move seemed to have far-reaching consequences, especially since it helped shine a lot of light on the environmental impact aspect of the crypto industry, a conversation that had already been brewing behind the scenes over the last couple of years anyway.

In particular, concerns surrounding PoW (Proof of Work) cryptocurrencies — of which Bitcoin is a prime example — as well as certain other niches related to the digital asset sector, have increasingly started to gain more and more traction over the last couple of years.

ESG and why it matters

A growing mountain of evidence released over the last couple of decades seems to unequivocally suggest that the amount of damage the human species has inflicted upon the planet over the last century alone has been unimaginably devastating. Not only that, scientists believe that if certain activities — particularly incessant fossil fuel consumption — continue to proceed at their current rates, they could have unforeseeable, catastrophic consequences on the health of the planet.

This is the very reason why Environmental, Social & Governance (ESG) investments & business practices have started to gain so much ground in recent times, as a lot of investors are beginning to utilize ESG as one of the core yardsticks when weighing the potential risks of any business initiative they may be looking to put their money into.

That said, ESG reporting does come with certain challenges that can, in large part, be mitigated by the transparent, decentralized nature of blockchain tech. And while calls for the integration of the ESG and blockchain markets have continued to grow in the background, not a lot of solutions that have sought to marry the two world’s inextricably have been able to make a big impact — that is, until Telos.

Telos is best described as a fast, virtually fee-less blockchain platform that has, since its very inception, sought to help mitigate a number of environmental problems that have hindered the growth of the blockchain sector as a whole.

As per a recent study, the energy consumption ratio of the Telos blockchain was found to be considerably lower than many of its contemporary/rival networks including big-name players like Bitcoin, Ethereum 2.0, XRP, ADA and even payments giant Visa. If that wasn’t enough, Telos undergoes regular audits so as to keep its native energy consumption and CO2 generation figures in check. 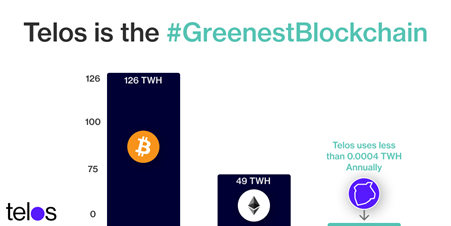 On the governance front, the Telos Whitepaper which was released back in 2018 laid great importance on the issue, as a result of which the blockchain was built atop a novel protocol referred to as Delegated Proof of Stake (DPoS). In its most basic sense, this framework affords community members the ability to decide (i.e. vote) and pick those individuals who they think have a vested interest in the network as ‘validators’ — thereby bolstering the overall security and reliability of the ecosystem.

Lastly, the above-stated environmental and governance aspects weave their way into Telos’ overall socially conscious outlook. For example, the project recently partnered with Lips in an effort to transform the global social media landscape, especially in a way that helps encourage and empower women as well as members of the LGBTQIA+ community. To date, this collaboration has already been able to raise more than $62,000 in public funding as well as been well received across a number of prominent media outlets including Forbes and HuffPost.

With more and more businesses beginning to adopt holistic operational policies, it appears as though environmental, social, and governance (ESG) related strategies will only continue to gain more traction in the coming months and years.

In fact, according to people like Haverford Trust’s Hank Smith, ESG investing is probably the ‘only business avenue’ that can help drive positive changes in society simply by virtue of an individual being a “conscious investor”. Therefore, in the future, it is quite likely that more and more blockchain firms will also enter the fray and consider bolstering their ESG policies since it can not only help their investor base grow exponentially but also enable the planet to recover and heal after decades of incessant abuse.