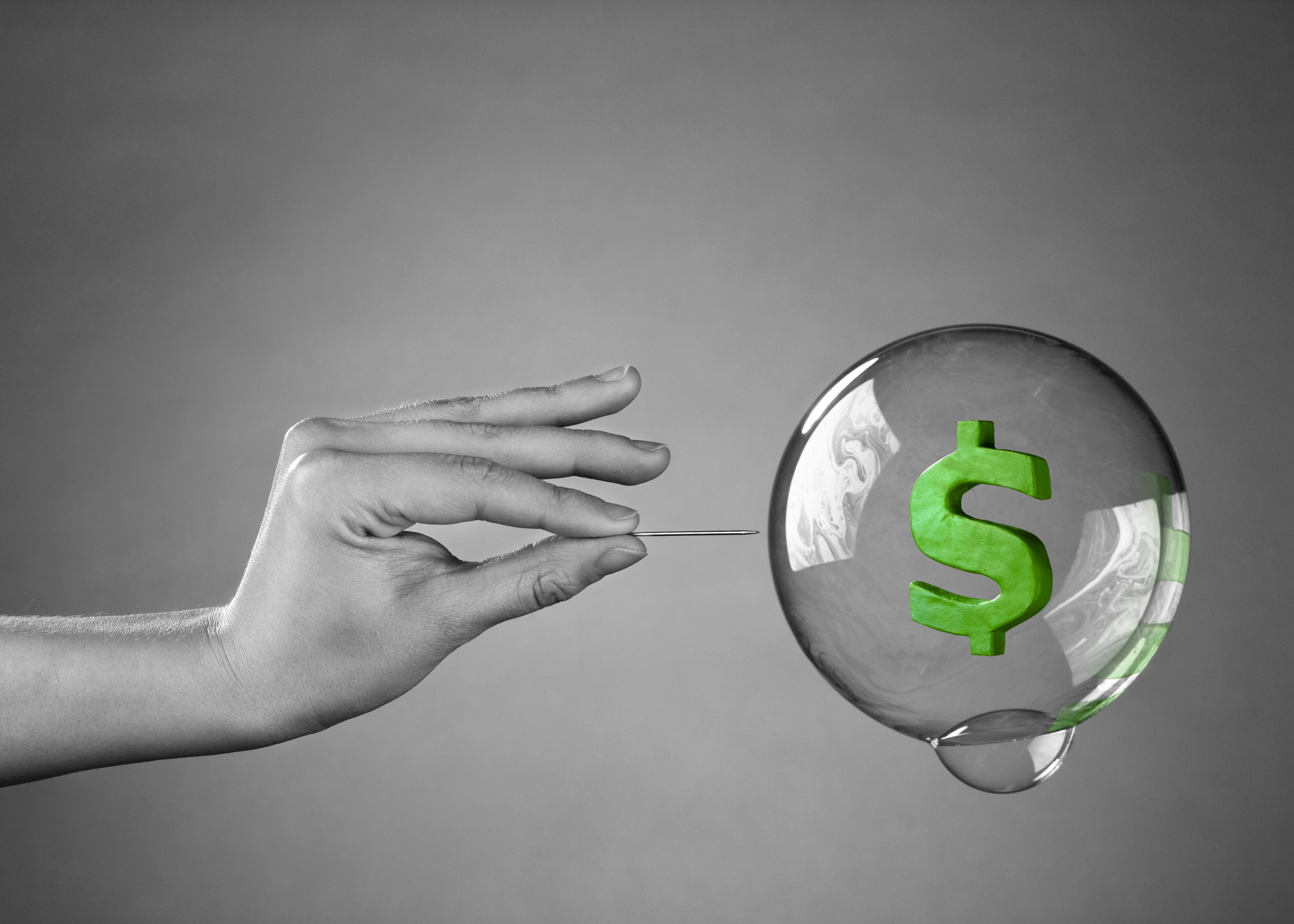 The stock market bubble is popping, according to most top economists and financial analysts. In a new note to investors, a well-known capital manager has revealed the ten telltale signs that the stock market has indeed topped. But it is the fact that these signs also match the recent DeFi trend that took over crypto in the last several months that should have cryptocurrency investors spooked.

If DeFi and crypto are also in a bubble that’s popping alongside stocks, could things get dangerous across the crypto market once again especially surrounding DeFi coins?

Greenlight Capital founder David Einhorn sent a letter to investors this week claiming that the top is in for the stock market, and now that sentiment is shifting, to brace for impact.

“The decline starts and the psychology shifts from greed to complacency to worry to panic,” Einhorn revealed. When panic finally kicks in, a second-leg down similar to the stock market in 1929 is possible that makes this year’s Black Thursday look like a walk in the park.

With company valuations likely to decline for the foreseeable future, stock market gains have been tapped, and the air is about to come out. Einhorn says that the current markets show all the telltale signs of a stock market bubble. These signs include the recent IPO mania, a large concentration in a single sector, and “increased participation of retail investors, who appear focused on the best-performing names.”

Sound familiar? Because if it does, these signs and the rest of the list of warnings very closely match the exuberance during the peak DeFi phase.

Crypto analysts claim that Bitcoin is slowly but surely decoupling from the recent stock market correlation. But if the stock market bubble bursts and the selloff again turns violent, crypto could come crashing down again along with it.

And while it is very well Bitcoin continues to do well and decouple, altcoins and DeFi could be in for a dangerous future.

Einhorn says that the stock bubble includes an IPO mania where new companies go public wish shares. This doesn’t exist in crypto, but the newly launched DeFi tokens on platforms like Uniswap and others are the closest thing to it.

Next, he calls out “extraordinary valuations and new metrics for valuations” such a DeFi’s total value locked.  Third, he points to a single sector soaking up most of the interest, which is exactly what decentralized finance has done.

“Second-tier” stocks suddenly will have S&P 500 style valuations, similar to what Aave and Chainlink have done by rising the ranks to the top of CoinMarketCap. “The more fanciful and distant the narrative, it seems the better the stock performs,” also matches the bizarre trend toward food-named coins with oddball use cases or no reason to exist at all.

Einhorn even calls out companies accused of fraud outperforming others, which isn’t uncommon in the crypto space, and “an outsized reaction to stock splits.” Tokens rarely split up their supplies, but a comparable event could be the creation of new UNI tokens, which caused a frenzy of FOMO across the crypto market.

Moving along, the next sign is increased retail participation “who appear focused on the best-performing names.” The several YFI knock-offs prove this theory correct.

Finally, Einhorn points to a parabolic ascent supported by trading volume in speculative instruments. The launch of DeFi related contracts where traders can long and short a basket of tokens helped turn the tides on the trend and kick off losses.

There are also few more prominent examples of parabola, than the DeFi token Aave, which grew over 23,000% from bottom to peak during the climb. That parabolic curve has been broken, but losses have not yet picked up suggesting that the bubble hasn’t yet burst, and capitulation volume will soon arrive.