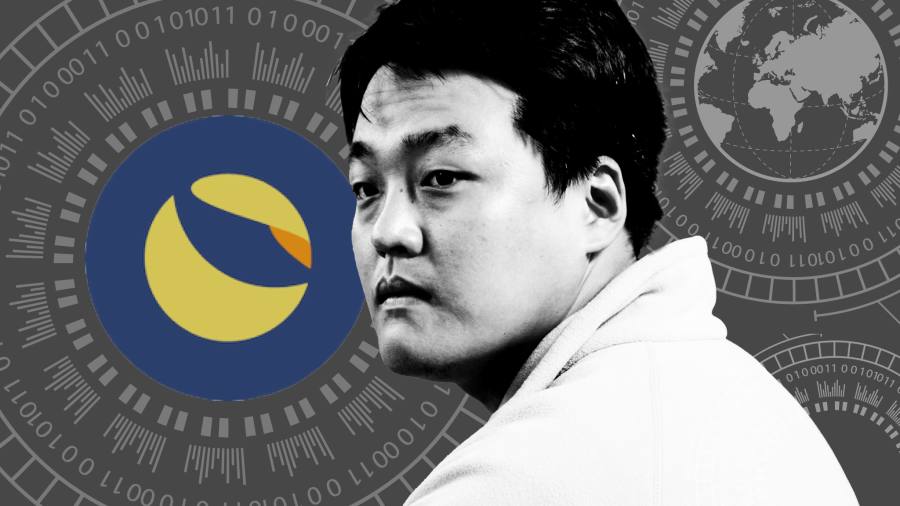 Terra Founder Do Kwon Is Still Cashing Out, But Not With Bitcoin

by Best Owie
in Terra
0

Terra founder Do Kwon has been under fire from authorities since the network crashed earlier in 2022. Kwon who has now been asked to turn in his passport or have it rendered invalid has said he is not on the run. The founder has also denied all allegations that he has been trying to cash out bitcoin from the LUNA Foundation Guard treasury. While that might be true, more information has emerged that the Terra founder might be indeed cashing out funds, just not with bitcoin.

Not Cashing Out With Bitcoin

Following the collapse of the Terra network, the price of LUNA Classic declined below zero and investors had been left with billions of dollars in losses. In a bid to compensate those who lost funds, the new Terra LUNA token was proposed and airdropped to investors in stages. The Terra team had said during this time that it would be keeping none of the tokens for itself. However, it seems that this is not the case.

Related Reading: This Site Is Helping People Check How Much People Lost In Celsius Network

Taking to Twitter, Terra whistleblower FatManTerra and others had posted that Do Kwon had been moving funds around through LUNA. The cryptocurrency which had been performing poorly since been launch was allegedly been sent in the hundreds of thousands to crypto exchanges.

A screenshot from Twitter user Jaewoo Cho showed multiple transactions allegedly from Do Kwon’s Terra address, sending LUNA to the Binance exchange. In total, 523,390 LUNA tokens were moved and eventually sent to Binance.

It didn’t end there as Do Kwon was not the only one alleged to be cashing out through LUNA. The LUNA Foundation Guard was also accused of sending thousands of LUNA to Binance to sell. FatMan said that 7 figures in LUNA were apparently moved through Do Kwon’s shadow wallets to Binance.

If this information is correct, then authorities may have been following the wrong money trail all along. South Korean authorities had frozen $40 million in BTC across two crypto exchanges allegedly belonging to the founder, which Kwon had said didn’t belong to him.

Terra LUNA since it was launched 5 months ago has not had an easy go of it in the market. It started out at a price point above $7 but has since lost the majority of its value since then. It is now trading slightly above $2, a 66% decline since launch. This has sparked questions in the community about the future of the digital asset.

To determine if the cryptocurrency will be able to survive through this, a look at its predecessor can offer some guidance. Even though Kwon had left the Terra Classic (LUNC) project and now focuses on Terra (LUNA), it continues to thrive. This shows that in the end, while a founder’s actions can affect the performance of a cryptocurrency, the community can essentially keep the coin alive.

Besides, LUNA has not performed too badly compared to others who are down up to 90% during this bear market. However, the next few weeks will be important in determining this as the search for Do Kwon ramps up.

South Korean Authorities Say Terra’s Do Kwon Is In Serbia, Calls On Government For Help

Twitter Thread Shows The Dark Side Of Terra Collapse