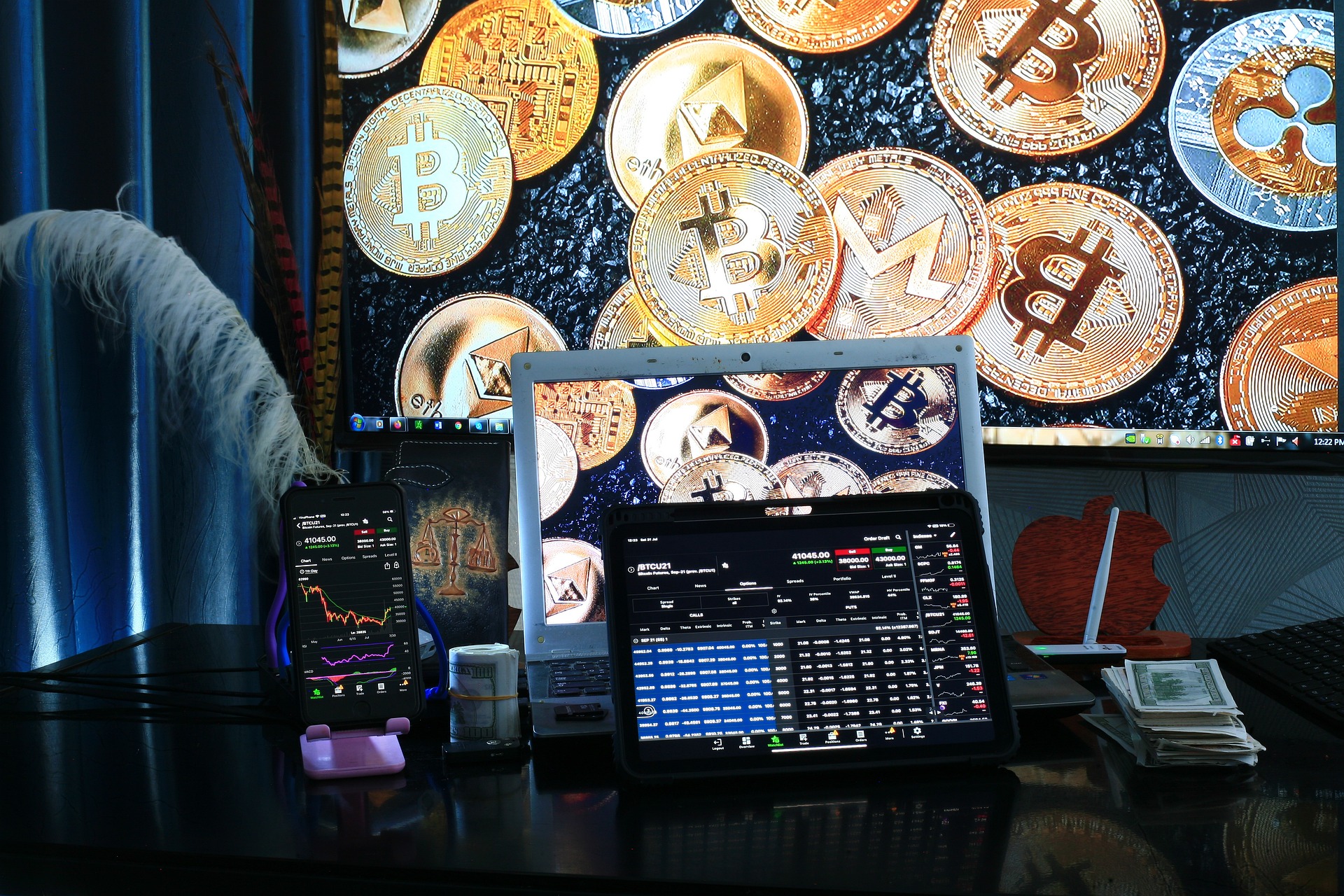 The 7 Best Cryptocurrencies to Invest in for 2023

After a painful downturn, the cryptocurrency market is looking to stage a rebound and investors need to get focused on the right opportunities for a rally. When looking at the best coins to buy, it is important to target those with the potential for large growth and big revenue gains.

Our list of the 7 best cryptos to buy will get investors positioned for strong returns when the bulls come charging back. Among these cryptos, our top pick is MCADE, Metacade’s native coin. The project is targeting the play-to-earn blockchain gaming sector and the metaverse so is expected to see huge growth and big returns for savvy crypto-buyers.

Metacade is a brand-new community-driven Web3 platform where gamers and developers can meet up to play, discuss, and develop blockchain games. The project’s ultimate goal is a community-built arcade encapsulating a play2earn and create2earn ecosystem.

With Metacade, developers can earn Metagrants, a source of funding to help them build the best game ideas. Likewise, gamers can test and review those games before they are added to the platform and earn in the process. MCADE can be used across the Metacade platform for governance voting, prize draws, tournaments, staking and more.

When the bull market returns, P2E gaming and the metaverse are set to be two of the hottest sectors in crypto. A Technavio report said the global gaming market is expected to grow by $125.6 billion from 2020 to 2025. But the metaverse is predicted to be even bigger with Bloomberg upgrading their metaverse forecast from $500 billion to $800 billion. At the moment, blockchain is providing a superior technology to host games and Metacade is on the cutting edge of this trend.

Adding all this up, it’s no wonder that we put MCADE as our top crypto for 2023. Metacade’s token MCADE is currently in its presale and investors should jump in before word truly gets out about the project. After that happens, the MCADE token could end up surging and its future looks bright with the revenue predictions for gaming and the metaverse.

>>> You can participate in the Metacade pre-sale here <<<

Chronoly (CRNO) is a new project that is developing a decentralised marketplace for luxury watches. The project will mint NFTs for rare, luxury timepieces, and investors can trade them on the marketplace. CRNO holders can stake their tokens for an annual yield and also get access to other rewards.

Chronoly also recently launched a collection of NFTs called Chronocatz. These feline characters have unique traits and allow holders into the Chrono Wealth Club. The private members club will offer further perks such as access to exclusive NFT drops, auctions, and live parties and events.

Watches have been a trusted investment for decades and Chronoly aims to democratise the market with blockchain ownership, fractional investing, and greater price transparency. The Subdial 50 index is up around 7% this year as assets such as gold flounder. However, rare brands, such as a Patek Philipe Nautilus, are up over 30% and this project will add real assets to the NFT world.

Huobi Token (HT) is the native token of the Huobi exchange, a project that was recently bought by the investment firm About Capital Management. Huobi has around $400 million in 24-hour trading volume, compared to Binance’s $8 billion.

While HT is mostly centred and focused on Asia and the Pacific, the group has plans for global expansion. The expansion plans can boost the price of HT and the project’s Asian-focused business can thrive. And if China reverses its bans on crypto, the coin will undoubtedly get a huge boost. While Huobi isn’t the most well-known crypto, it certainly has potential.

Propy is a digital real estate company supported by Silicon Valley leaders. Its founders have experience at the likes of Apple and Netflix. The company is seeking to disrupt the real estate industry using blockchain technology. Propy says it has processed $4bn in transactions for consumers and agents from Compass, Redfin, KW, Remax, Realty Austin, and ACME.

There could be a lot of support for using blockchain to facilitate secure transactions of property. With the arrival of the metaverse, the outlook for the company is positive after the first NFT of a digital home sold for $500k. Mars House was created by a designer and can be attached to the land of any metaverse. That could add virtual NFT properties to the portfolio of Propy. The project’s PRO token currently trades near the $0.50 level.

Ripple’s XRP coin has been thwarted by a court case battle with the Securities and Exchange Commission (SEC). The charge against the Ripple developers was that executive sales of XRP were similar to that of stock market sales and should be regulated as such. The SEC launched its court case in December 2020 and that meant XRP lost out to other tokens in the 2021 bull market. The coin was even suspended from exchanges such as Coinbase and, as a result, investors stayed away.

Ripple’s executives and legal team have been very bullish of late and seem to think that the SEC has no case. If Ripple secures a win then it can expect a strong rally in 2023. XRP currently trades below the $0.50 level and the first target would be the all-time high near the $3.30 price level.

Ripple’s general counsel said that the project had now attained key speeches from a former SEC director that were being withheld. “It was well worth the fight to get them. I’ve always felt good about our legal arguments, and I feel even better now. I always felt bad about the SEC’s tactics, and I feel even worse about them now,” Stuart Alderoty said.

STEPN is a Web3 lifestyle application that combines SocialFi and GameFi features. The goal of STEPN is to encourage socialising while helping users to live a healthy lifestyle. The STEPN app is the first sports app created on the Solana blockchain. Users can earn tokens by walking, jogging, or running every day after purchasing NFT trainers from the marketplace. The app adds a gaming element, as users can find and drop treasure boxes during their activity.

The STEPN platform employs a dual token economy with the Green Metaverse Token (GMT) as the native token to pay gas fees and the Green Satoshi Token (GST) for purchasing items in the app. The project could be useful in the metaverse as users roam around the virtual universe. STEPN had an all-time high above $4.00 and currently trades near the $0.40 level.

Polygon (MATIC) should have a bright future as a competitor to Ethereum. The project is a Layer 2 scaling solution which means it can run side chains parallel to Ethereum’s blockchain for greater scalability. It’s also quicker than Ethereum and can pose a challenge to ETH while Ethereum gas fees remain high. Polygon was added to the OpenSea NFT exchange in 2020 and provides a cheap alternative to Ethereum listings of non-fungible tokens. Polygon works closely with Ethereum and its new zero-knowledge EVM (known as zkEVM) could be the actual driver that makes Ethereum more scalable. All of that is set to go live in 2023.

Polygon is the leading Ethereum bridge in Total Value Locked (TVL), ahead of Arbitrum, Optimism, Near, and Fantom, with more than $3 billion in TVL. Polygon has a good track record of partnerships and it has been added to the Disney Accelerator Program. It also recently announced partnerships with KuCoin and Nubank – a fintech bank in Brazil that has 70 million customers, while there were previous deals struck with both Starbucks and Meta. The project said that even with the current bear market, the project continues to attract builders with over 53,000 dApps on the network – an eight-fold increase since the start of 2022.

The cryptocurrency market should bounce back in 2023 and our list of the 7 best crypto to buy gives investors diversification with some enormous potential. Some of these clearly have bright futures, while the trajectories of others currently depend on outside factors.

Among these cryptos, Metacade is our favourite project as it combines the elements of play-to-earn with the metaverse and could see big user adoption starting next year. The project offers great appeal to investors and gamers. Investors should get in on the MCADE presale before those users arrive. The price will be rising in presale from stage to stage starting at $0.008. The MCADE consists of 9 stages. The price will be rising from stage to stage. So, the early entry, the better.

The best of the rest include STEPN, where users can earn for an active lifestyle Propy which can capitalise on virtual and physical real estate; and Chronoly, where luxury watches are tokenised, but the ultimate and best investment for 2023 is Metacade (MCADE).

You can participate in the Metacade pre-sale here.