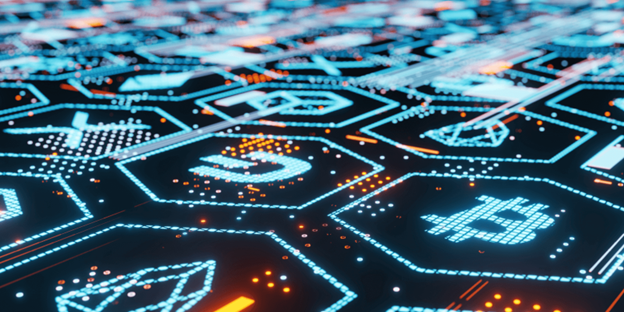 As the bear market nears its bottom, now is the perfect time to consider which tokens to look out for in 2023. If you’re struggling to come up with a few sure bets, don’t fret. This article will show you seven of the hottest cryptos you should have on your watchlist for 2023.

As the world of gaming moves ever closer towards play-to-earn (P2E), the need for custom-built platforms is accelerating. Enter Metacade, a community-based platform designed specifically for P2E gaming. In Metacade, you’ll discover spaces to connect with others over your favorite games, a virtual arcade featuring exclusive titles, and multiple ways to earn more from P2E gaming.

One of Metacade’s key ambitions is to make its platform a one-stop shop for everything GameFi. That’s why you’ll discover leaderboards, reviews, forums, chat rooms, and the hottest alpha shared by industry experts – all designed to help you get ahead. To encourage the brightest minds in GameFi to share their knowledge with others, Metacade is offering MCADE tokens to users that contribute reviews, tips, and other useful content to the community. Regardless of your gaming experience, you can still earn simply by making Metacade the ultimate destination for P2E gaming.

But that’s not all. Not only is Metacade allowing players to earn more from P2E gaming, but it’s also allowing the players to directly shape the future of the games they’ll be playing. In late 2023, Metacade will be awarding its first Metagrant, a feature that allows the community to direct funding to developers creating the games everyone wants to play.

First, developers enter their ideas into one of the Metagrant competitions. Then, MCADE holders cast their votes on their favorite idea, with the winning project receiving financing from the Metacade treasury to fast-track development. The finished title is then added to Metacade’s virtual arcade for anyone to play and enjoy.

Of course, it wouldn’t be a true Web3 platform without decentralization. Once the development of the platform is complete, Metacade’s core team is planning to step down and turn the community into a decentralized autonomous organization (DAO). From here, elected members of the community will run the show, and MCADE holders will be able to propose and vote on changes made to the platform. In the process, Metacade will become the world’s first community-run virtual arcade.

If you’re worried about the security of Metacade before and after this occurs, there’s no need. Metacade achieved approval from Certik, one of the leaders in blockchain auditing, security, and transparency. Certik carried out in-depth checks on Metacade’s team, smart contract code, and tokenomics to ensure users are protected. Metacade also uses multi-signature wallets, which require two or more private key signatures to authorize transactions from the treasury. This feature will remain a constant even after Metacade transitions to a DAO.

With the GameFi market expected to balloon in 2023, it’s easy to see why Metacade is one of the hottest cryptos right now. Its community-centric approach is almost certain to be a hit with new P2E gamers, and features like the Metagrant and generous rewards only sweeten its offering. Best of all, its native MCADE token is still in presale, meaning that right now is the perfect time to get involved before the platform soars in popularity! For these reasons, Metacade is the number one hot crypto for 2023.

>>> You can participate in the Metacade pre-sale here <<<

Ethereum is the second most valuable cryptocurrency and the world’s leading smart contract platform – a title yet to be contested. While Bitcoin is known for its status as “digital gold,” Ethereum is sometimes referred to as “digital oil” due to its widespread use in decentralized applications (dApps), DeFi projects, and NFT collections.

While there are several Ethereum rivals out there (including some hot cryptos on this list), none have reached the acclaim and level of adoption that Ethereum has seen. For example, as of mid-December 2022, Ethereum accounts for around 57% of the total value locked across the entire DeFi ecosystem – more than 5x its closest rival, BNB Chain (DeFiLlama).

With sharding being implemented in autumn 2023, a move expected to propel Ethereum’s transaction speeds to over 100,000 transactions per second (TPS), this dominance is almost certain to continue. As such, Ethereum is one of the hottest cryptos for 2023.

Cardano is one of the closest threats to Ethereum’s position in the layer 1 space. Launched in 2017, Cardano’s developers sought to create a secure platform that could execute smart contracts at scale. Despite some criticism for being too slow at developing its network (it only introduced smart contracts in 2021, for instance), Cardano’s founders argue that their rigorous approach, backed by academic research, is fundamental to the network’s stability and security.

This approach has been characterized by five phases of development, each focusing on a specific area of improvement to be made. The current phase, Basho, is working on scaling the Cardano network. This includes the progressive implementation of Hydra in 2023, a scaling solution that could theoretically propel Cardano’s TPS to over 1 million. When this occurs, Cardano could be one of the fastest blockchains on the market, prompting a flurry of new investment. While it’s yet to be seen how well Hydra fares, it puts Cardano in third place as one of the hottest cryptos for 2023.

Polygon is a framework and protocol that allows developers to realize scalability while still using the Ethereum blockchain. It’s the leading layer 2 solution, supporting and extending Ethereum’s capabilities in a fast, low-cost manner. This opens doors for developers looking to build on Ethereum that were previously put off by its low throughput and high gas fees.

Even Ethereum’s previously mentioned transition to sharding hasn’t stopped some of the world’s biggest companies from getting involved with Polygon. Starbucks, Reddit, Nike, and Meta, have all begun using Polygon to power their NFT projects. The results of this move? The number of NFT buyers on the network rocketed by over 200%, and sales increased by almost 93% in mid-December 2022. Add a recent induction into the Disney Accelerator program, and you undoubtedly have one of the hottest cryptos for 2023 on your hands.

As hot cryptos go, Toncoin is definitely on fire right now. Toncoin is closely related to Telegram, the popular messaging app that now rivals Snapchat in monthly active users (Statista). Why only closely related? TON, or The Open Network, was created by Telegram’s co-founders but faced litigation from the SEC. This forced them to suspend Telegram’s development of the network and release their work for open-source development. In 2022, it went live.

Despite being ordered to cease development of TON, that hasn’t stopped Telegram from (legally) integrating it into its app. In October 2022, Telegram launched Fragment, a decentralized auction platform. Initially, only usernames could be bought and sold. But, in early December, Telegram announced that users would be able to access SIM-free signup using a blockchain-based number that could be bought on Fragment.

As the web moves closer toward a decentralized, trustless future, privacy-focused apps like Telegram will play a much bigger role than they do today. With Toncoin leading the way, it’s easy to say that TON is one of the hottest cryptos for 2023.

6. Chainlink (LINK) – Incoming partnerships with governments around the world?

Chainlink is a decentralized oracle network that aims to bridge the gap between on-chain and off-chain data. It does this by acting as an intermediary between a data source and a given blockchain. For example, many DeFi projects use Chainlink to access reliable price data and facilitate cross-chain communication. However, Chainlink’s long-term ambition is to connect the legacy finance industry with the blockchain industry, allowing banks to reliably communicate with each other’s blockchains.

Chainlink plays a vital role in the crypto space. Despite this, few, if any, have come close to rivalling its incredible innovation in the decentralized oracle field. These high barriers to entry make Chainlink an unstoppable force – especially when you consider the need for oracles when it comes to central bank digital currencies (CBDCs).

Given the minimal competition it faces, Chainlink is likely to be the oracle of choice for governments around the world. With 50 countries currently developing or testing their own CBDC (Atlantic Council), Chainlink could have an excellent 2023, making it our sixth hottest crypto right now.

One of the main issues that Filecoin aims to solve is the centralization and censorship present in the cloud-storage industries. Currently, a handful of industry titans hold a significant market share and are able to dictate terms and fees to users. Filecoin’s decentralized approach allows for a fairer, censorship-resistant, and tamper-proof storage system.

Alongside a recent report from Huobi that predicted decentralized storage would see increased demand in 2023, Filecoin is also working on deploying smart contracts that can mesh with the Ethereum chain. When this occurs, Filecoin’s adoption rate could surge, and that’s why it’s the seventh hottest token for 2023.

The seven hot cryptos listed here are all likely to outperform in 2023. Ethereum is likely to continue its reign, while projects like Polygon and Chainlink seem to be going from strength to strength despite the crypto bear market. But in terms of the best investment opportunity for 2023, Metacade emerges as a clear winner.

With a strong position in one of the world’s fasting-growing industries, a number of valuable features designed with an exciting gaming community in mind, and a solid commitment to decentralization and security, it’s clear that Metacade is destined for greatness. If you think so too, you’ll want to check out the Metacade presale as soon as possible.

Already, over $1.25m worth of MCADE tokens have been bought up by savvy investors eager to ride the GameFi trend. Fortunately, MCADE is still in its presale, so picking up some tokens now could boost your chances of long-term returns.

In phase 1, each MCADE was worth $0.08, and with the price increasing at each of the 9 stages, in the last phase it’ll be worth $0.02 – meaning an increase of 2.5x. Getting in early on this incredibly exciting project will be your best bet for brighter returns.

You can buy the coins mentioned in this article at eToro here.

You can participate in the Metacade pre-sale here.