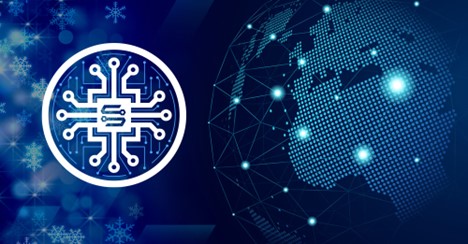 The Dogecoin Foundation Allocates 5 Million Doge to the Development of the Ecosystem in 2023, Cosmos Maintains Its Ethereum-Killer Status as It Continues to Soar in 2023, and Snowfall Protocol Sets a New Record in Token Sales; SNW Eyes a Massive Rally in 2023

A strong start to the trading year could lay the groundwork for an asset’s rally to continue throughout the year, and that’s all any investor wants for their portfolio. In the first week of 2023, Dogecoin (DOGE), Cosmos (ATOM), and Snowfall Protocol (SNW) are leading the crypto ecosystem’s shift to the green. Snowfall Protocol is particularly shining bright after a 250% increase crossing into 2023. Find out more about these three assets and how to maximize your profits with Snowfall Protocol in 2023.

For a long time, Dogecoin has struggled with a lack of use cases. To attract more attention to the network, the Dogecoin Foundation recently announced the creation of a new developer fund for Dogecoin Core developers.

On December 31, the Dogecoin Foundation announced that it would allocate 5 million Dogecoin, approximately $360,000, to a new fund to support the development of the Dogecoin platform. The fund will require three out of five signatures from Dogecoin Core developers and will be kept in a new multi-sig wallet run by its members. With this development and the increasing number of developers in the Dogecoin ecosystem, we may finally see Dogecoin recover in 2023.

Cosmos as An Ethereum Killer

During the ongoing crypto winter, the health and diversity of an ecosystem have been crucial factors in determining the success of any crypto project. Cosmos’ (ATOM) expanding ecosystem has allowed it to maintain a high level of resilience in the face of massive sell-offs.

Cosmos, dubbed an Ethereum killer, was created as an alternative to Ethereum’s slow, expensive, unscalable, and environmentally harmful proof-of-work model. However, with Ethereum recently switching to a Proof of Stake mechanism, Cosmos now relies on its Byzantine Fault Tolerance (BFT) consensus algorithm, a variant of the PoS that provides additional functionalities to outperform Ethereum. Furthermore, Cosmos is built on a structure dedicated to making blockchain technology less complex for developers.

Snowfall Protocol Sells A Record-Breaking Amount of Tokens in Three Rounds, With Another 100 Million Expected To Sell Out In The Final Round

Snowfall Protocol has blown the competition away with outstanding performance despite entering the crypto ecosystem at a time when sentiment was very negative. In just three months Snowfall Protocol has sold more than 295 million Snowfall tokens. The first two rounds saw the sale of 195 million Snowfall tokens and raised over $3 million. PS, demand was so high in the second round that it sold out a day early.

In the recently closed third round, Snowfall didn’t slow down. A 100 million more Snowfall tokens sold out in just a month. In addition, this round saw a 250% price increase over round two. Snowfall Protocol is now in its final round of the campaign, looking strong for an official launch on February 3. A further 100 million tokens are available in this round and they are selling quickly! Hurry to join and purchase this highly prized gem while it is still in its early stages and at a discount.