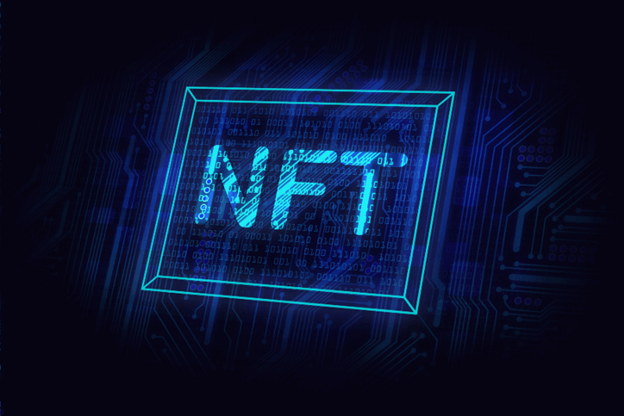 The Evolution of NFTS, More Than a Story?

Simply an idea or a story in itself can go a long way for people. Just look at this story about an invisible sculpture being sold for $18,000. The work, titled Io Sono or “I Am,”, by the Italian Salvatore Garau, doesn’t exist… except in the artist’s imagination.

This is the case for most NFTs up until halfway through the year 2021. Memorabilia, moments, art… and of course “Digital bragging rights” is a term that goes around to describe what you’re getting in most cases, and that seems pretty accurate.

The NFT industry appears to be heading in the direction of being “modern-day” art collecting. There’s not necessarily a problem with that, but NFTs potentially have so much more to offer.

One project that takes a whole new approach to this is 2Crazy. Take a look at this video for a brief explainer on what they do:

We're excited to present to you our brand-new video!

Let's show you what 2Crazy is all about..

After watching, you'll know what we do, how you will benefit from it, and why we're so confident that 2Crazy will revolutionize eSports & crypto.

Let us know what you think!📽️

Instead of ‘digital bragging rights, you get a ‘real-world experience’

Some readers might still wonder what the **** we’re actually talking about when we say ‘NFT’. The word is often thrown around but rarely explained adequately. Let’s help you out…

NFT stands for non-fungible token. Fungibility means mutually interchangeable. Let’s use Bitcoin as an example. It doesn’t matter ‘which’ Bitcoin I have. Your 1 BTC is replaceable by your friend’s 1 BTC — it doesn’t matter which one you have. They are unique digital assets, authentically certified, based on blockchain technology — the technology underpinning cryptocurrencies such as Bitcoin. Every NFT transaction gets publicly recorded on a ledger to confirm its ownership, so you can say, “I’m the only person that owns this thing”.

NFTs can be ludicrous like a fart (literally a fart) or be something pretty cool & unique:

Daniel Arsham drops an NFT that evolves and erodes over time

Now that we’re all on the same page let’s get back to where we were.

The NFT space is evolving beyond its purview, garnering the attention of a large audience, but it’s still in an experimental, early phase. One area where NFTs have incredible potential is the metaverse.

The metaverse comes down to the convergence of the physical and the digital. You and I already have a ‘digital persona’ on social media, but several areas of our lives will be in virtual spaces somewhere in the future.

This is where NFTs can play a huge role.

Both NFTs and VR are emerging industries that are on the verge of major breakthroughs. Blending these two technologies could lead to a definitive synergy. It sounds like a match made in heaven.

Here’s what Alex Blagirev, Deputy CEO of Sensorium Corporation and SENSO project, had to say on the need for NFTs in VR:

“The latest generation of virtual reality experiences are a cross between multiplayer games and social media, and they have a lot of in-game content that it makes perfect sense to tokenize. The most obvious example is the user’s avatar itself — your virtual twin, the ‘digital you’. In the future, you might even be able to travel between different VR metaverses, bringing the same avatar with you everywhere. It’s like playing the same character in different video games.”

But it goes deeper than that. Real estate, possessions, accessories, and premium content in general… The possibilities are endless.

In the end, nobody really knows what the future holds. However, it’s exciting to speculate!

Where do you see the most potential for NFT integration?