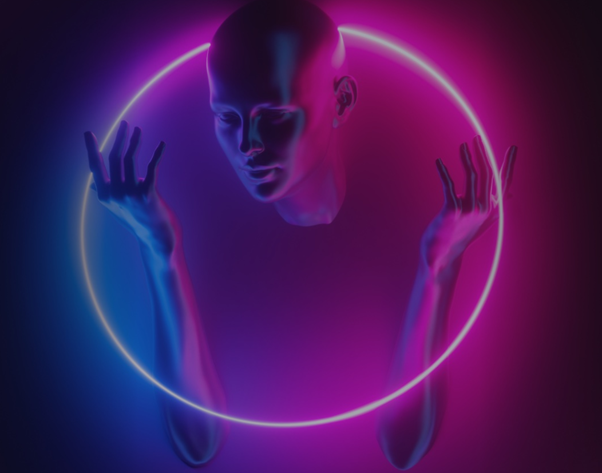 The Future of Work in the Digital Metaverse

As 2022 rolls into view, one trend that seems set to stay the distance into the new year and beyond is the digital metaverse. The term itself was unknown to most people outside the tech, and perhaps more specifically, the blockchain and crypto scene, before October.

However, since Facebook cemented its metaverse ambitions with a name change to Meta Platforms, it’s barely been out of the headlines. Most recently, sports apparel brands have been leaping onto the bandwagon. In mid-December, Nike announced it had acquired virtual footwear platform RTFKT as part of its own metaverse ambitions, while rival Adidas had already tweeted of a partnership with several high-profile NFT companies some weeks before.

For existing operators in the metaverse space, this is proving to be great news. One industry insider compared the current land grab on virtual real estate to buying property in Manhattan in the 1800s, indicating just how much promise some believe still awaits. An ambitious blockchain-slash-VR project called NetVRk is aiming high – in a promotional video, the narrator speaks of future use cases involving its token economy and VR headset, including training simulations, education, architecture, product demonstrations, and more.

A New Virtual World of Opportunity

The internet created an entirely new world of economic opportunity, spinning up new jobs and means of monetization that didn’t previously exist. So it’s hardly surprising that people are getting so excited about the same opportunities arising from the metaverse.

But if you think “metaverse jobs” means working as a developer coding metaverse applications, then think again. Many of the jobs created in the metaverse won’t necessarily look so different from their real-life equivalents. For example, imagine a virtual Nike shop, the flagship location on a retail plaza in the metaverse. You go in, as your avatar, intending to buy a new virtual pair of RTFKT sneakers. But you have some questions and want some help making a selection. Of course, there’s a personal shopper there, waiting to assist – a real, human person represented as an avatar themselves.

This isn’t even futuristic. As far back as March, a casino in decentralized metaverse Decentraland was recruiting croupiers to be paid in crypto. So the concept is here. Furthermore, the shift won’t necessarily be as immediately transformational as the scenario described above. Microsoft has announced that in 2022, it will begin rolling out metaverse features, including personalised avatars and 3D environments for its Teams application. There are also reports that virtual world features are being used by firms including Hyundai and Samsung in their hiring processes.

Beyond the economic opportunities, there are other obvious benefits to shifting elements of work and employment into the metaverse. Particularly so, given the accelerated shift to digital communication and remote working due to the pandemic. More immersive experiences in the metaverse could also help to overcome some of the challenges with the status quo, like Zoom fatigue.

However, several potential pitfalls and problems need to be worked through if the concept of working in the metaverse is ever to embed and become a success. Some of the most fundamental, particularly when it comes to decentralized metaverses, is around trust, privacy, and identity.

It’s fair to say that the established social media model has failed pretty spectacularly when it comes to balancing these often competing interests. Despite the tech firms telling us that they do their best to eliminate trolls, the entry barriers to a social media account are low, requiring only an email address in most cases. As such, online spaces are plagued by trolls, bots, and other types of fake accounts. However, we’re willing to tolerate it if it means we can avoid handing over yet more of our personal data to social media companies.

But this situation can’t carry over into a virtual metaverse in which we work and play. So this could be the moment that blockchain-based identity solutions come to the fore. Blockchain-based identities have long offered significant promise to transform digital identity, allowing a user self-sovereignty over their personal data so they can get verified, but without handing over copies of documents or information.

Digital identity projects are now becoming metaverse-ready by integrating features like NFTs into their platforms. PhotoChromic is one example, aggregating data such as biometrics, verified copies of government-issued ID documents, and personal attributes into a single NFT token that can be used as the basis of identity in Web3 applications and metaverses. However, the individual chooses to whom they wish to reveal which attributes.

For example, if someone wanted to visit a virtual strip club in the metaverse, they may be asked to verify that they’re over a certain age. They could authenticate themselves as such, but without needing to reveal their actual age or date of birth.

Other credentials could be added to an identity that would help smooth the process of making a metaverse a comfortable place to work and live. For instance, reputation scoring systems could help weed out bad behaviour and give operators in the metaverse a basis for allowing entry to their stores and services.

Addressing the challenges of identity and privacy would smooth the journey to metaverse adoption, particularly from the perspective of work, where employers have a duty of care. The metaverse could prove to be even more revolutionary than the internet itself, but taking care to lay solid foundations now will avoid many of the issues that can arise later on.