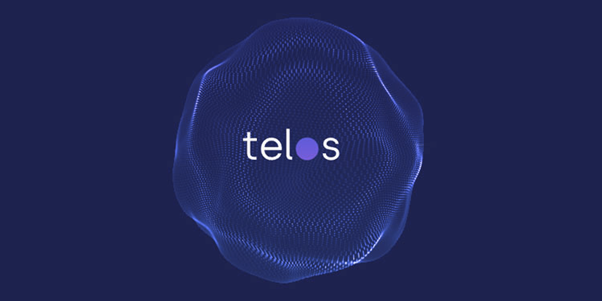 There’s no denying that the crypto market has continued to grow from strength to strength over the course of the last couple of years, with blockchain tech seemingly leading the way as far as innovation within this fast evolving sector goes. In this regard, over the past few months the market has been flooded with various projects that promise users a high degree of operational scalability, transactability and overall ease of use.

Cardano is one such offering that seems to have piqued the interest of users/investors across the globe. On paper, the ecosystem promises great things, from being a completely open-source, public blockchain that works on a POS (Proof Of Stake) algorithm to providing users with a high degree of security and sustainability, Cardano seemingly has it all.

That being said, even after its much awaited Alonzo hard fork, which was touted to be a radical improvement to the system’s native protocol by allowing for smart contract capability, Cardano’s has not been able to muster the kind of mainstream backing that was once imagined for the highly promising project.

Since its launch, a project that seems to be fast accruing a growing amount of backing is Telos, an Ethereum compatible third-generation blockchain, that seeks to mitigate many of the issues that ETH (as well as many prominent 3rd gen platforms) are currently being faced with, especially in regard to their overall scalability and transactional bottlenecks.

To elaborate, each module of the Telos EVM has been devised to address a host of issues being faced by prominent ecosystems including Cardano, Ethereum, Polkadot, etc. For example, the project’s native EVM has been built to host a large number of programs from a range of networks without their devs/users having to modify any of their digital habits.

Technically speaking. Telos is capable of generating blocks for 95%+ percent of all dapps in existence today, providing developers with seamless compatibility with programming languages ranging from C++, Solidity,  Vyper — something that no other blockchain can currently lay claim to.

In addition to this, Telos’ Decide Governance engine enables its growing community of backers to vote/participate in the project’s growth, another aspect that is not available as part of any other ‘layer-1 blockchain system’. Infact, Telos’ collaborative framework allows third-party Layer-1 projects to utilize its novel governance engine, therefore allowing for an extremely high degree of cross-chain interoperability.

Cardano vs Telos — A head up comparison

Even though there is currently a massive chorus of voices across the globe claiming that Cardano is one of the most futuristic, energy-efficient blockchain networks in existence today, these claims are not entirely true. For example, data available online clearly demonstrates that while Cardano utilizes 0.006 TWh of power annually — which works out to 16,428 kWh/day or 0.0007 kWh/transaction — Telos makes use of just a fraction of this total energy, requiring only 0.0004 TWh per year or 0.000001 kWh/transaction to facilitate its operations.

Another aspect of Telos that tends to go relatively underlooked — especially when compared with other networks — is its extremely low gas fee pricing. Simply put, the platform’s native blockchain infrastructure charges no fee at all while its EVM’s gas model costs just <$0.01 per transaction. On the other hand, info released by blockchain analytics provider Messari shows that over the past year, the average transaction fee on the Cardano network has continued to hover between the $0.03 to $0.47 range.

When it comes to transaction speeds, in its current iteration Ethereum is capable of facilitating around 15-30 transactions whereas platforms like Cardano boast of much faster processing time frames of around 250 tps. And while this may look extremely impressive on paper, when talking about Telos, one can see that the project can handle a whopping 10,000 transactions per second while offering a block mining speed of less than 500 ms.

Also, as pointed out previously, Telos serves as a home for many different Dapps thanks to its compatibility with a wide range of programming languages such as Vyper, EOSIO C++, and Solidity, allowing developers to transition to its interface seamlessly. However, the same does not hold true for Cardano since the project only allows users to code — both off-chain and on-chain — via its native programming language referred to as Haskell, thereby severely limiting its overall ease of utilisation.

In essence, with Telos’s governance model, democracy is held as the highest standard, with every token holder getting a vote in the project’s day-to-day operations — which is quite unlike other blockchains where administration rights are largely reserved for a select few individuals.

As we move into an increasingly decentralized future, Telos is already making waves when it comes to onboarding a number of projects. For example, the first platform to make its way onto the network is a replica of Cryptopunks, a popular ERC-21 based NFT ecosystem. Not only that, Telos also recently announced a major partnership with SushiSwap and Anyswap, allowing users of both these platforms to seamlessly deploy the scalability, speed and privacy advantages afforded by Telos’ EVM — especially within the context of crypto asset trading.

Last but not least, it is worth noting that Telos was recently able to raise a sizable $8 million from a number of marquee investors, thus showcasing growing interest in the project. The fundraiser was helmed by John Lilic, co-founder of Code to Inspire, who is known to have actively invested in many other prominent blockchains/crypto projects such as ConsenSys and Polygon.