No matter how you celebrate these holidays, our team at Bitcoinist hope you’ve had a safe, enjoyable close to your year.

Despite the slower-moving headlines throughout the holiday week, we’d be remiss to skip our weekly edition of The Sports Slice. It’s our last Sunday in 2021, so let’s bring it home strong and cover all of the sports and crypto action from the past week.

Goodbye Staples Center, hello Crypto.com Arena. While the Los Angeles Clippers are working on their own dedicated venue, the Los Angeles Lakers and other LA sports clubs will be calling Crypto.com Arena home for the foreseeable future. Christmas day basketball is always a treat for NBA fans, and was host to the first game with the new arena signage.

Many in LA are disappointed to see the Staples signage go, as the many years of watching Lakers greats like the late Kobe Bryant have become synonymous with the Staples Center imagery. It’s a new era, however, and like it or not – it’s a new reality. The Lakers lost the Christmas Day game to the Brooklyn Nets, adding a notch to a now five-game losing streak for the Lebron James-led club.

This nostalgic emotion about the demise of the Staples Center is crazy. First, it is a building. Second, they aren’t blowing it up. They are just changing it’s corporate sponsor. What exactly are people nostalgic about — an office supply store’s sponsorship of a building?

Crypto.com and FTX have seemingly weekly appearances in our Crypto Corner every weekend, serving as easily the two biggest cryptocurrency exchange spenders when it comes to sports sponsorship. With 2022 right around the corner, the biggest sports event in the U.S. is now less than 60 days away: the Super Bowl.

Of course, besides the big game – and the gatherings and good food that comes with it – the most notable aspect of the famed ‘Super Bowl commercials.’ Thirty-second ad spots for the Super Bowl this year and reportedly costing over $5M, and the event consistently brings in some of the biggest television ad revenue in all of sports.

This February, expect to see both Crypto.com and FTX on the big screen for the big game. Reports have surfaced this week that both crypto exchanges have secured ad spots for February’s Super Bowl.

Premier League football club Arsenal is no longer permitted to promote the club’s fan tokens, according to reports this week. The Associated Press has reported that the club has violated Britain’s advertising regulations, and is no longer allowed to advertise the fan tokens, citing the club’s “taking advantage of consumers’ inexperience in cryptocurrencies.”

The NHL’s Carolina Hurricanes are teaming up with BitPay to allow Canes fans to buy merchandise on officially licensed fan e-commerce site CarolinaProShop.com. BitPay currently accepts 13 cryptocurrencies for payments, and now hockey fans holding anything from BTC to their stablecoin of choice can grab their favorite Canes merchandise on the site.

FTX.US has signed yet another sports partnership this past week, securing a deal with Washington, DC based firm Monumental Sports And Entertainment (MSE). The deal implements FTX brand assets across four different areas that MSE has ownership over: the NBA’s Washington Wizards, NHL’s Washington Capitals, WNBA’s Washington Mystics, and the home venue for all three teams, Capital One Arena.

In last week’s Slice, FTX.US signed their latest deal with the NBA’s Golden State Warriors. FTX has been a formidable name in sports and crypto throughout the U.S. this year. 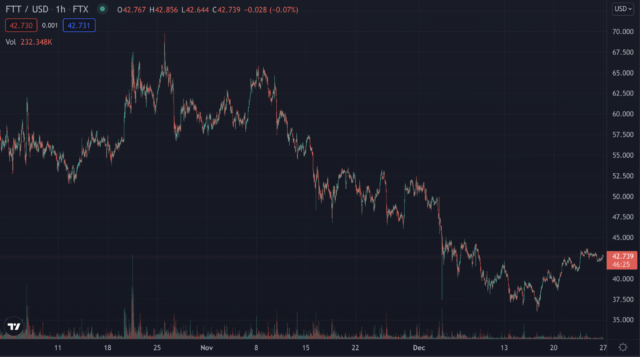 Women’s soccer has quickly been gaining ground in the U.S., experiencing record viewership and new expansion teams in fresh markets. Earlier this month, we saw crypto exchange Voyager sign a league-wide deal with the National Women’s Soccer League (NWSL), and now Crypto.com is joining the space as well.

This past week, Crypto.com has signed on as a founding sponsor with LA NWSL club, Angel City FC. According to a report from Sports Business Journal, Crypto.com is said to have signed a four-year deal that runs in the “low seven figures annually.” The move will secure NFT and cryptocurrency rights for Crypto.com and the club, and solidifies the exchange as “one of Angel City’s biggest sponsors.”