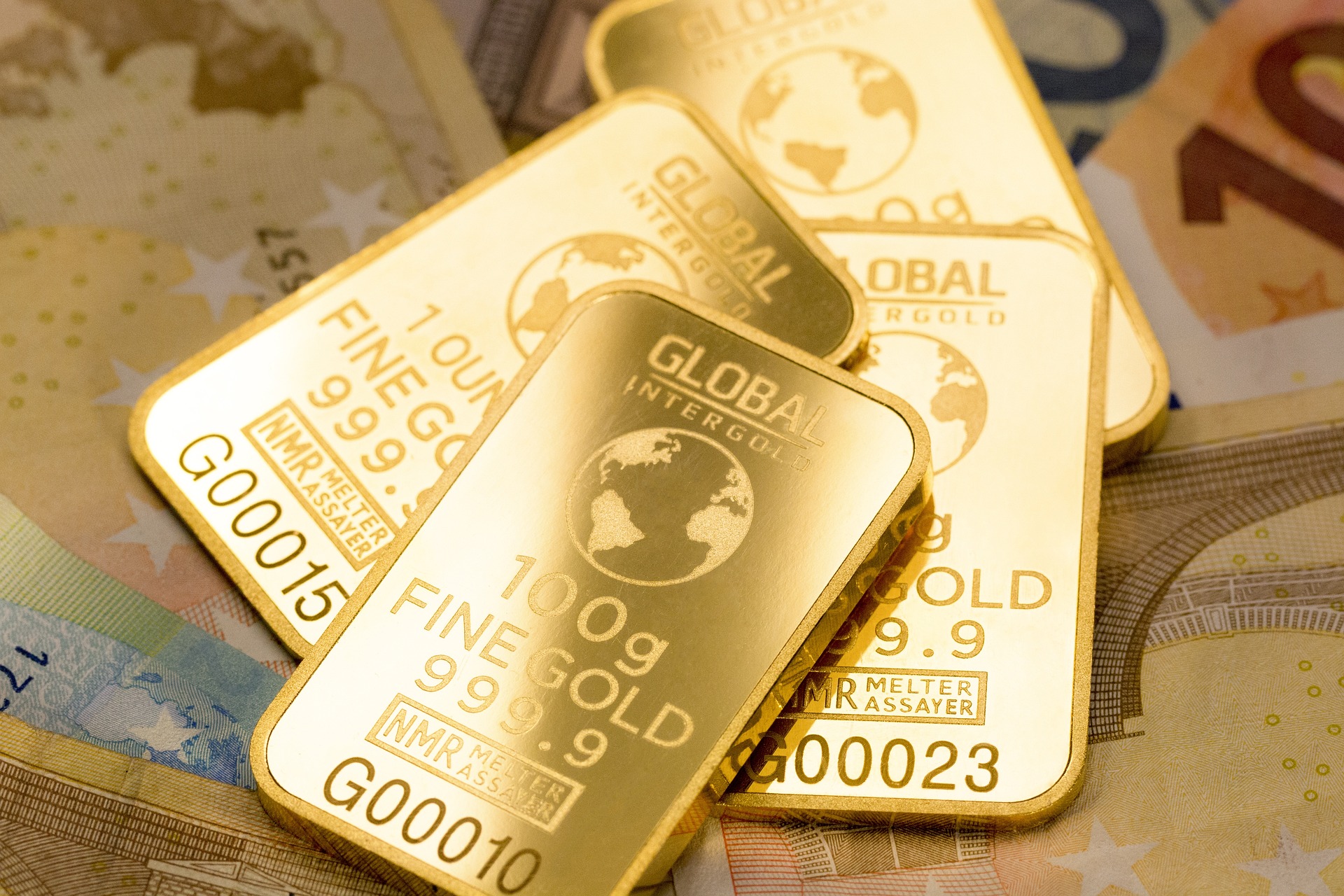 The synergy effects between blockchain technology and the gold industry

Gold and cryptocurrencies have been deemed safe havens against inflation over the last years. Both assets are characteristic for their scarcity due to their limited supply and the resulting attractiveness for investors in turbulent economic times.

The applications of blockchain technology and cryptocurrencies within the gold sector have been continuously explored since the boom of cryptocurrencies. Multiple concepts have emerged, from gold-backed stablecoins to various other applications that can touch upon every aspect of the whole gold supply chain.

Here are some of the tried and tested, as well as potential, yet unexplored synergy effects between gold, cryptocurrencies and blockchain technology.

Until some 20 years ago, retail investors in gold were limited to coins with high dealer fees. In 2003, the introduction of the exchange-traded fund (ETF) allowed smaller investors to participate in a more cost efficient way, essentially opening the market and making it broadly accessible to some extent. Gold was traded as shares, and despite the still somewhat high fees, it became feasible for virtually everyone who wished to get on board.

Fast forward 10 years and we already have Bitcoin gaining on adoption, even though still in its infant stages. The term blockchain technology starts to surface more often and industry experts are coming up with solutions utilizing the novel tech trend for gold investing. Gold transactions can be settled on a blockchain network in a transparent and efficient way, however, the transaction costs of the first blockchains were still quite high and the level of acceptance low.

Despite the limitations, many providers like Bitgild, Vaultoro and Bitgold started accepting payments for gold in Bitcoin additionally to fiat. While crypto still forms a fraction of their total transaction times, many testified that buying gold with cryptocurrencies has a wide array of advantages – from the ease of use of the process to the verifiable ownership that is immutable on the blockchain ledger.

Today, blockchain solutions have grown much more sophisticated and cost efficient. Transaction costs were reduced dramatically to just a few cents, with settlements taking just several seconds due to the improved TPS (transactions per second). This can potentially bring gold investing to a whole new level of accessibility for retail investors, who will no longer have the limitations of fees and the clunkiness of the traditional gold investing options.

One of the most popular use cases of gold within the blockchain sector are gold-backed cryptocurrencies, also known as gold-backed stablecoins. These cryptocurrencies maintain a specific ratio between reserves in gold held by a custodian (a bank or a company) and the total supply of tokens with the purpose of securing a stable price that does not fluctuate like most assets on the cryptocurrency market. The exact ratio can vary, which has an influence on the price of the stablecoin, but it should be maintained constant throughout the operational cycle.

Stablecoins are useful, because they allow for more efficient payment tools due to their stability, as well as a storage of value. Gold is specifically suitable for this purpose, because its price is relatively stable in the long-term and the asset is also scarce, making it unlikely to move down in the future. Furthermore, they allow investors to own an intangible asset representing the precious metal, which removes storage costs. A person acquiring a stablecoin backed by gold receives a serial number that is tied to the amount of gold their currency represents, verifying ownership and that their token is actually backed by gold.

Last but not least, depending on the gold to currency ratio, an investor can acquire just a few shares that are worth a couple of dollars and still tap into the gold market, thereby not being confronted with any capital requirements. This is known as fractionalization and is among the most popular advantages of tokenizing various hard assets – from real estate to precious metals and many more.

Blockchain technology has been long suggested to be incredibly useful within supply chain management and logistics, with multiple corporations already implementing similar solutions for other industries since 2018. If implemented within supply chains of mining companies and other stakeholders in the gold industry, blockchain can provide a much higher degree of transparency for all parties involved, including the end customer. It can potentially solve some of the underlying issues alongside the supply chain such as illegal mining, laundered gold, fake bullion bars and human rights violations of workers. 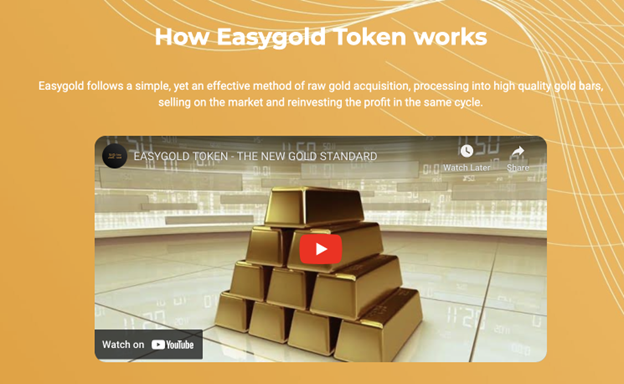 Easygold Token is a newly founded cryptocurrency project in the gold sector that creates the first Security token that offers up to 50% dividends of the net profit of the company behind it, Hartmann & Benz. The project acquires large quantities of raw gold directly from the suppliers, reworks it into high quality gold bars and sells them on the open markets with margins of 20% to 30%. The revenue is then reinvested again in the same process while investors are rewarded with dividends every year. The company behind Easygold Token has been on the market for more than 3 years and has an established customer base, as well as multiple partners on two continents.

If you are interested in learning more about Easygold and how the project leverages blockchain technology and security tokens to offer a whole new world of possibilities to gold investors, visit their website. Early adopters will be able to get a special discount on their investments during the private sale, which is scheduled to start on the first of January.

Image by Linda Hamilton from Pixabay