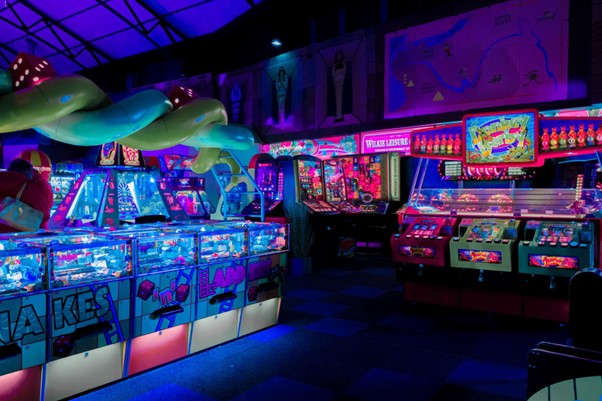 The combination of blockchain technology and NFTs has provided a pathway for game developers to leverage these exciting tools when creating virtual worlds. Due to this, 2022 looks set to be a breakout year for DeFi gaming, with numerous fascinating projects scheduled for release in the coming weeks and months.

In the DeFi gaming world, these kinds of games have a cult following. In 2022, we’re seeing more and more unique, game-changing features emerge and enthusiastic communities to go with it – but no one knows what kinds of crazy things we can expect from the industry in the future. The hype generated is undeniable, as is the potential for future growth. Indeed, what better way to learn about them than by jumping straight in?

Clash of Coins is the first blockchain-based massively multiplayer online role-playing game (MMORPG) with over 100,000 participants.

The game provides infinite entertainment and fury for world dominance.

If you’ve ever played world-famous strategy games like Warcraft or Command & Conquer, you’ll undoubtedly enjoy this title. Furthermore, it is designed to imitate Plague Inc.’s biological method, except this time, users must control the planet by joining under one cover representing one or more cryptocurrencies.

Essentially, the game consists of a map that is separated into several sections. To become the “monarch” of the map and satisfy its competitive spirit, players must grab as many sections as possible in real-time.

The game’s overall aim is to provide a playing field on which players can compete for control of one project over another. It is as if Apple and Google decided to play a friendly football game.

Clash of Coins takes advantage of some of the hottest cryptocurrency projects’ already established social media presence in this way.

Pirates of the Arrland is an arcade game with a campaign that takes place on gorgeous but exotic tropical islands and combines MMO strategic and economic experiences. Completing quests such as gathering gems, avoiding obstacles, fighting foes, and exploring the island are all objectives to be pursued. Get ready to discover rare treasures concealed in chests containing objects you want to collect! It gets hotter and tougher as you go further. Every pirate will have his or her own small private island, with only one small building or plantation slot available.

Genesis pirates will be able to use this small island for economic purposes if they have a particular quantity of special items. Larger islands will be offered as Private NFT Islands with numerous slots, allowing for the construction of larger structures and the operation of a more complicated economy. Some islands will be better suitable for farming due to their fertile land, while others will be better suited for mining.

Star Atlas is a massively-multiplayer online metaverse. In the distant future, three galactic factions have emerged, in an ongoing struggle for resources, territorial conquest, and political domination. Players can join a faction, directly influence the course of the metaverse, and earn real-world income for their contributions.

Star Atlas is one of the most anticipated games in the Solana ecosystem since it contains a 3D universe that gamers can enjoy in VR.

Even before the game’s release the game’s marketplace and two supported cryptocurrencies, ATLAS and POLIS, saw a flurry of activity.

Xoil Wars is a digital collectible card battle game supported by world-class gaming and blockchain investors such as Ubisoft, Overwolf, and Polygon Studios that will change the gaming experience forever.

In their home base, players can create ferocious fighting robot teams, destroy other teams in epic card battles, and collect crypto prizes.

The game uses combat card strategy concepts that are familiar to millions of players, making it simple to pick up and play.

Users own and power the world’s first MMO Strategy game. The players can possess the very lands where historic alliance fights take place.

There is a chance to create a powerful kingdom with troops capable of defeating other kingdoms and monsters. Players can defend their hegemony over the land by displaying bravery on the battlefield, can join an alliance or form their own with kingdoms from across the world. Users can assist different coalitions in achieving victory and extend their boundaries to the far corners of the globe.

We had to include this one on the list because of its individuality. It’s a horse-racing PVP game that enables players to enjoy various activities while they play. Each race consists of 12 unique horses that are pitched against each other. The winner is decided through a random number generator, and the top-3 will receive different prizes. In the future, we’re looking forward to seeing huge developments to the game’s mechanics. Pegaxy is a great, unique way of entering the DeFi world. It’s easy to play and utilises a simple interface that’s great for beginners. The game is set to change a lot throughout 2022 with a focus on strategy and skill, which is why we predict that it could make waves in the crypto space.