March 7, 2016 — It is difficult not to perceive the Azure Blockchain-as-a-Service (BaaS) as an attempt at providing the evolutionary catalyst to changing the way business is conducted in the future.

Discussion around Vanbex has been whether Microsoft’s “blockchain marketplace” is indeed the best course for the emerging industry. The consensus was mixed and led to the consideration the scenario was unavoidable with such marketplace conditions necessary stimuli for an emerging industry.

STRATO is a scalable Ethereum compliant platform to help users develop, deploy and manage enterprise blockchain applications. Microsoft touted “developers can have blockchain applications up and running in minutes,” with STRATO offering, “adjustable consensus formation algorithms and transaction verification rules such as instant, round robin signature pool, proof of work, and proof of stake.”

Microsoft also announced in the Tuesday press release the additions of AlphaPoint, a digital asset exchange provider and IOTA, an Internet-of-Things (IoT) micro-transactions startup. The growing stack is a boon for enterprise.

Director of technology strategy, Marley Gray, slated spring as the milestone marker for Azure shifting into a “certified blockchain marketplace.”

With those words the future of a decentralizing technology seems much more controlled and centralized — and that isn’t a bad thing, yet.

Microsoft’s interest is to remain neutral, to extend a hand to even the most obscure players in the blockchain and related environment.

“We don’t want to have any barriers. We’re open to all,” Gray told Coindesk. “We help even the smallest of players onboard.”

“We’re not going to pick a winner,” Gray previously iterated. “Even if we tried to, the market wouldn’t want the one we picked.”

The self-awareness of the American technology giant is laudable but it is not without purpose.

In a just-emerging ecosystem, there’s nothing better for developers and business than a scalable “sandbox”. It removes barriers to experimentation with new tech and operating systems and, if at an affordable cost, it propels universal adoption. 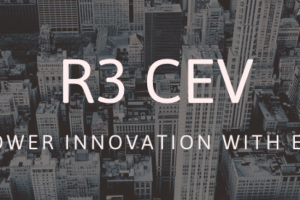 R3CEV’s trial with a consortium of banks proved Azure’s worth and potential to launch blockchain-based applications. The most recent news, that R3CEV was able to test five different blockchain solutions, concept tests presented by Eris Industries, Ethereum, IBM, Intel and Chain, is demonstrative of the current blockchain landscape.

There is no winner. The technology is yet emerging and best use cases are still being tested and discovered.

In the short-term, this the environment required to push an emerging, enterprising technology forward.

From a less cynical perch, the crux of the development of BaaS is that it provides accessibility to blockchain technology and the associated tools and applications to base or move one’s business to this new technology.

Scalability opens up the door for small businesses and independent proprietors to adopt the tech, peer-to-peer interaction, creating greater self-sufficiency, and an even more efficient manner of doing business.

But as much as Microsoft doesn’t wish to appear as gatekeepers, the creation of Azure BaaS, the establishment of certification for inclusion, strike in contradiction to that viewpoint. If market-dominance of the space becomes established and best use applications for the “brands” of blockchain-building tech begin to narrow, so too may the rules and inclusiveness.

Microsoft was the first to deploy a BaaS and sometimes in business that’s enough. Will it be for this? Most likely not, judging by the initiatives already emanating from IBM.

The model isn’t novel; The digital marketplace, be it applications, software and now streaming services is a well established mode of operations in the Internet-based business environment.

While sales are currently spiraling downward, Apple dominated digital music sales for years generating billions of dollars in profit, quarterly. Its “App Store” was emulated by other tech giants like Google and Samsung.

Is it foolish to think Microsoft’s BaaS isn’t the beginning of something similar?

Microsoft’s initiative here is to host blockchains. As many as possible. If the technology is to grow as ubiquitous as many foresee, it could spell an amazing amount of control for the company to be the source (host) of those many blockchains.

The first stage is establishing the ecosystem, whether creating one or within an emerging one, and that means inclusiveness.

It is in Microsoft’s best interest, with IBM right on its heels, to pull in as many players in the space that bear some degree of potential, even if it is two developers in a garage pumping out lines of code.

It may be that the blockchain will help transform the way business is conducted across the globe, but Microsoft views Blockchain-as-a-Service as a way to be the source of that transformation.

What’s important now for developers is developing blockchain-related technology, beneficial applications or creating a blockchain-backbone better than what’s already surfaced or surfacing, because the space is crowded already.

Furthermore, the pursuit of inclusiveness will only last so long. Competition will help drive the market but the market will be ruthless in their decision to pick a side, or “brand” of blockchain and the ensuing applications to follow. 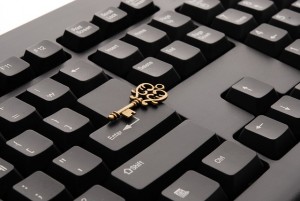 Just imagine the future of life with such technology integrated into it, with smart contracts and smart property to all the enhancements and advancements to go along with it. Imagine sitting behind a touch screen or some virtual representation and decide you want to buy a car, perhaps something used.

You go online, find the right one, a coupe with low mileage, beautiful upholstery, gleaming paint, almost brand new. You purchase it from the owner then and there, using digital currency stored on a hardware wallet of some kind.

The transaction between the previous owner and purchaser is practically instant. The vehicle  — a “smart property” — connected to the blockchain, reads the purchase and the smart contract verifies the exchange is valid.

The previous owner stares out the window, waves goodbye as his driverless car starts up and travels to your address for you to take ownership.

Kevin Hobbs Director of The Vanbex Group says “ Blockchain started with Bitcoin which is permissionless, but as we see more and more applications for Blockchain from diverse industries we are moving towards a more permissioned framework of Blockchain technology.

This momentum will help take the bad stigma of Bitcoin out of the minds of the nay sayers and bring this evolutionary technology into our advancing society to change the way we do business for the better. Partnerships between Microsoft and Strato means that Microsoft aims to be a centralized marketplace for decentralized applications, whether this helps the industry in the long term, I am not sure. In the short term, it certainly helps add credibility and validity to blockchain technology overall.”

Some top news stories from this past week:

On Thursday, R3CEV announced it completed a trial in which 40 of its member banks tested five different blockchains to issue, trade and redeem a fixed-income product, as reported by Forbes and other media outlets.

The company stated that it believes the trial to be the largest on blockchain technology within a real-world process in the financial markets.

The release of this news may have been prompted by news last week of of JP Morgan’s blockchain trial with 2,200 of its clients.

Also Read: JP Morgan Tests Blockchain with 2,200 of its Clients

Chris Ferris, IBM CTO, was elected as chairman in February

IBM’s Chris Ferris, CTO of open cloud, was voted in earlier this month and was formally announced as technical committee chair for the Hyperledger project on Feb. 25.

Coindesk further reported, “representatives from a variety of mainstream financial and technology firms, including Accenture, CME Group, Deutsche Boerse, DTCC, IBM, Intel and JPMorgan, as well as blockchain startups Digital Asset Holdings and R3CEV, make up the membership of the committee.”

How the Hyperledger code will develop remains unclear, according to Coindesk, as the project is divided between Bitcoin’s UTXO model and alternatives that offer a “more elegant (and likely better performing) approach to satisfying more complex use cases.”

The committee is set to meet over the course of March.

The successful test of Zero Knowledge Contingent Payments (ZKCP) means there is a Bitcoin application out there to offer smart-contract-like functionality.

Core ZKCP developer Gregory Maxwell and Sean Bowe, a member of Zcash, “completed the first payment of this type on the bitcoin network a few days back,” as reported by Bitcoinist.net.

How ZKCP operates is simple. It sends encrypted information to the party requesting it. Decryption then occurs off-chain upon payment and when data is verified as being actually what was requested.

The most interesting aspect of ZKCP’s smart contract functionality is the emphasis on privacy and potential for digital rights management tied to the blockchain.

Blockchain Conference San Francisco
The Blockchain Conference will take place Mar. 7, 2016 in San Francisco at the Nasdaq Entrepreneurial Center and will feature a host of speakers including our own Lisa Cheng, CEO of Vanbex Group. The conferences promises attendees will “Hear first hand from the people that are creating the future” and to “Expect a day of inspiration, talks, panels, demos and plenty of time to engage with attendees and speakers.”

The Payment Summit will be held in Brussels, Belgium Mar. 10-11 and will have featured speakers, panels and networking opportunities. The summit promises to deliver debate and discussion around key topics in European payments. For more information visit: transactives.com.