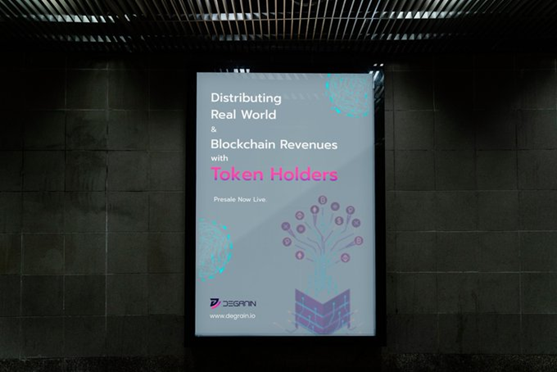 These Three Coins Will Keep You Ahead of Everyone Else: Degrain (DGRN), Fantom (FTM), and Tron (TRX)

The bear market has been very brutal this year and has greatly reduced the risk appetite of many investors. However, experts are taking it all in stride and have advised that people use the time to consolidate their portfolios in preparation for the bull market.

This is solid advice because everyone knows that real money is made during a bear market. This article contains information on three coins, Degrain (DGRN), Fantom (FTM), and Tron (TRX) that will keep you ahead of everyone as the crypto ecosystem anticipates the next market cycle.

Fantom (FTM) is a smart contract platform that was created to provide decentralized Finance (DeFi) services to developers using its own algorithm.

The Fantom (FTM) token is the platform’s native token and has had a relatively good run since it was created. Fantom (FTM) aims to surpass all known limitations of other blockchains, offering features like security, decentralization, and scalability.

Fantom (FTM) achieved an all-time high of $3.48 nine months ago, but currently, it is worth $0.30. Analysts urge investors to buy the dip as there is room for development on the Fantom (FTM)  platform.

Tron (TRX) was initially created to help content creators maximize their earnings without the aid of third parties. Tron (TRX) is a blockchain-based digital platform that created its native digital currency (TRX) in 2017. Thanks to the $70 million it raised with its ICO, it caught a lot of attention.

Since then, the Tron (TRX) token has gone as high as $0.3; however, in 2021, it took major hits that made the price tumble by a staggering 20%, making investors very uneasy. This year, Tron (TRX) has fluctuated between a high of $0.12 and $0.06, but experts claim that the future holds rewards for those who continue to believe and support Tron (TRX).

Degrain (DGRN) aims to become the first NFT marketplace in the world with plans to do business with real-world companies. Degrain (DGRN) plans to offer its users faster transaction speeds carried out at optimized speeds and with low fees, all whilst allowing cross-chain transactions.

Degrain (DGRN) also plans to allocate the revenue generated from users who use the platform and stakers who stake the Degrain (DGRN) token. Degrain has already passed one audit with InterFi network and is at 71% progress with its Certik audit. Cryptocurrency analysts expect a huge price surge once the audit is complete, so one would believe it is best to get in now.