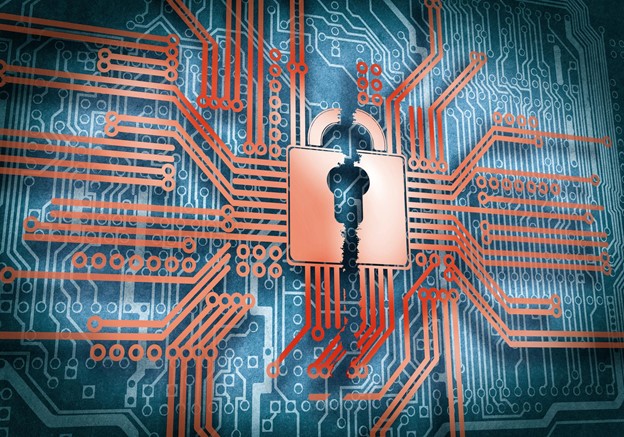 One of blockchain’s greatest challenges that’s yet to be solved is the lack of confidentiality and privacy of data. It’s a challenge that needs to be addressed though, because until a solution is found then blockchain will always be out of the question for enterprises that put a premium on data privacy above all of the benefits the technology provides.

The good news is that the last couple of years have seen a number of projects emerge that aim to tackle the blockchain privacy problem once and for all. They’re aiming to make it possible for a bank or some other private firm to implement and operate their own blockchains while retaining control not only of the transactions added to it, but more importantly, what’s in those transactions.

Let’s take a look at some of the most promising blockchain data privacy projects looking to make inroads this year:

One of the best efforts is Manta Network, which is aiming to tackle one of the biggest problems with web3 blockchain infrastructure – the fact that anyone can access the records stored upon it.

Manta guarantees privacy through the use of a technology known as “Zk-SNARK”, which is a cryptographic method that allows one party to prove it has specific information without revealing that data. Manta claims that this method enables complete end-to-end anonymity with high transaction throughput and cross-chain interoperability.

Manta Network co-founder Kenny Li told Hackernoon in a recent interview that the basic logic is to mint “private tokens” with stablecoins and other base tokens at a minting value ratio of 1:1, with the exchange protocol used to support traders who wish to exchange those privacy tokens.

The Manta Network protocol uses zk-SNARK to swap Polkadot and parachain tokens with their corresponding private tokens. It also enables people to pay with privacy tokens and redeem base coins from private tokens. The decentralized anonymous exchange protocol, known as Manta Swap, uses zk-SNARK and an Automated Market Maker to allow users to trade private tokens anonymously. The protocol’s price formation method is consistent with that of the mainstream AMM.

Li explained that Manta’s goal is not to build its own privacy token, but instead to privatize every other cryptocurrency, for example Polkadot, Bitcoin and others.

“By using Manta Network, any token can become a privacy token – that’s the goal,” Li said. “By creating this as a layer-one network, we are able to also manage the costs of the network, which will ultimately mean more inclusion into privacy activities, transforming privacy from a luxury into the vision of the fundamental human right that we strive to achieve.”

Employing a more novel approach to the problem of data privacy on the blockchain, ParallelChain has hit upon the idea of interoperable public and private blockchains to enable wide interaction while keeping enterprise data secure.

ParallelChain’s secret sauce is its Proof-of-Immutability algorithm for validating transactions, wherein any node is free to write its own data, which can only be identified by a hash value that’s stored on that node’s hash vault.

This way, the data written by the node remains untouched until such time as it’s relevant to a transaction involving another node. At that time, the data must be verified to ensure it has not been tampered with. ParallelChain says its unique method helps to guarantee data privacy compared to other blockchains and can be useful in various industries, ranging from fintech and smart transportation to airports, factories or hospitals.

ParallelChain believes its Proof-of-Immutability has big appeal for enterprises because it will allow them to deploy and operate confidential blockchains that prevent other users from seeing any transaction data. Yet at the same time, it remains possible to validate any single transaction on the blockchain, without seeing that information.

ParallelChain’s decentralized, anonymous approach to data security also helps to solve a number of problems that other blockchains struggle with. It comes with custom-made applications such as PreventativeChain that help to protect against insider threats by monitoring employees’ behavior to pre-empt data leakage. Meanwhile, its eKYC-Chain app improves facial recognition with its anti-spoofing technology that can distinguish between a real face and a photograph.

A final interesting use case is accountability. ApprovalChain is an application that documents every activity in a project, immutably, making sure each task has been signed off as complete only once all parties involved are in agreement.

For those companies looking to strike a better balance between privacy and transparency, a project known as Findora promises to be an interesting solution.

Findora’s blockchain relies on what’s known as ZK-Rollup technology, or zero-knowledge proof, that allows network participants to verify the ledger is valid without knowing the content of its transactions.

Here’s a simple explanation of how it works: John wants to persuade Susan that he knows the correct password to open a keypad door. He doesn’t reveal the password, but he does unlock the door using the keypad lock. It’s a compelling argument that John does indeed know what the password is, without him needing to tell anyone the exact combination of numbers. John has therefore convinced Susan his information is correct without revealing any part of it.

Imagine there’s a door with a keypad lock next to it, and Bob is trying to persuade Alice that he has the correct password for the keypad lock. By unlocking the door with the keypad lock, Bob has given Alice a compelling argument of him knowing the password, without directly revealing what it is. In other words, Bob has convinced Alice that his statement about knowing the password is true, without revealing any additional knowledge about the statement.

Findora works the same way, using ZKPs to prove the transactions on its blockchain without revealing any of the actual data. By doing so, it makes it possible to run all kinds of services on its blockchain that deal with sensitive data, including banking applications, investment funds, lending marketplaces and more.

Elastos isn’t really a privacy-preserving blockchain at all. Rather, it’s instead building an entire ecosystem that aims to isolate decentralized applications from the Internet completely to ensure the integrity of user’s data.

The blockchain is in fact just one of four components that make up Elastos’s smart web infrastructure. The Elastos Blockchain can be thought of as an identification layer, which provides a unique ID for each person, computer, smartphone and application that accesses its smart web.

The Elastos Runtime serves as an operating system, capable of running on any device, that remains disconnected from the Internet at all times. This is where DeFi apps and data on Elastos is hosted. The Elastos Carrier protocol meanwhile serves as an intermediary that connects to the web on behalf of applications and users, making it possible for those apps to communicate with others.

The final component is the Elastos Software Development Kit, which gives developers a way to access Elastos Carrier and users’ identities.

WIth Elastos then, decentralized applications don’t run on the web itself. They run entirely on Elastos – separate from the internet – ensuring users control their own data and eliminating the risks of that data being stolen by malware or other kinds of web attacks.