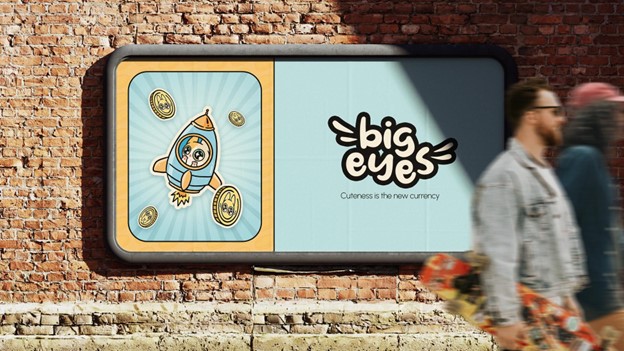 Since the creation of the first meme coin in 2013, the crypto market has experienced hundreds of meme coins battling for the success of Dogecoin (DOGE). There have been numerous coins, but Shiba Inu (SHIB) has enjoyed similar success to Dogecoin. Shiba Inu currently trails four places behind the meme coin giant as of September.

Altcoins make profits for their investors. Their volatility opens their users to lots of profit in a very short time. Ripple (XRP) and Polkadot (DOT) have stood out among other altcoins. Big Eyes token is one of the emerging meme coins. It is currently on presale and offers anyone interested in investing an opportunity to buy below the current market price. Big Eyes has experienced remarkable sales, and it is the most promising altcoin out there at the moment.

Big Eyes Coin (BIG) is an Ethereum-based meme coin that aims to revive DeFi and create a variety of other offerings for its community. Its primary goal as a meme coin is to generate wealth and spread internet memes and community narratives. The Big Eyes Coin community has grown in the weeks since its presale and is one of the year’s most promising launches.

Big Eyes’ popularity can be attributed to various factors. Big Eyes Coin, the upcoming meme token project, has recently been ranked as a Tier 1 security by CEX, indicating that the token will be joining the CEX Exchange shortly after its presale concludes. The project has raised over $7 million, with the fifth phase of presale now in action. It is safe to say that the project’s security is a significant draw for early investors.

Big Eyes has features that set it apart from the thousands of other projects in the cryptocurrency space. By donating 5% of its total tokens to charity, Big Eyes intends to steer its crypto project toward providing solutions to life-threatening problems.

Big Eyes Token coin intends to contribute to humanitarian causes worldwide, and a portion of the token supply has been set aside for that purpose. Big Eyes’ website shows that the company will donate to ocean-saving charities to combat environmental degradation.

Big Eyes Coin is poised to attract new funds from communities outside the crypto landscape. Cryptocurrency hasn’t seen enough volume in the last few months, but as we saw in May 2021, Dogecoin (DOGE) – a meme coin – revived the market.

If you like the sound of Big Eyes coin, you can now get a bonus with the coins you buy, using the code EYES2211.

Ripple Has Had A Price Surge Within The Last Few Weeks

Ripple was once hailed as the best altcoin in the industry. It has struggled since then due to regulatory issues and legal issues. If it can overcome these difficulties and relist on major exchanges, it has the potential to make you a fortune. That is why it is a viable option for the future.

Bitcoin Is A Proof-Of-Work Blockchain With Stringent Security Measures

Bitcoin (BTC) has been using the proof-of-work consensus mechanism. This outdated form of validation is a possible reason why Bitcoin is so difficult to hack and has remained so since 2009. Over the last month, Bitcoin’s price has been retesting the lower limit of the bear flag. As a result, Bitcoin may be a good choice for new crypto investors.

If you would like to know more about Big Eyes Coin, check out the links below: