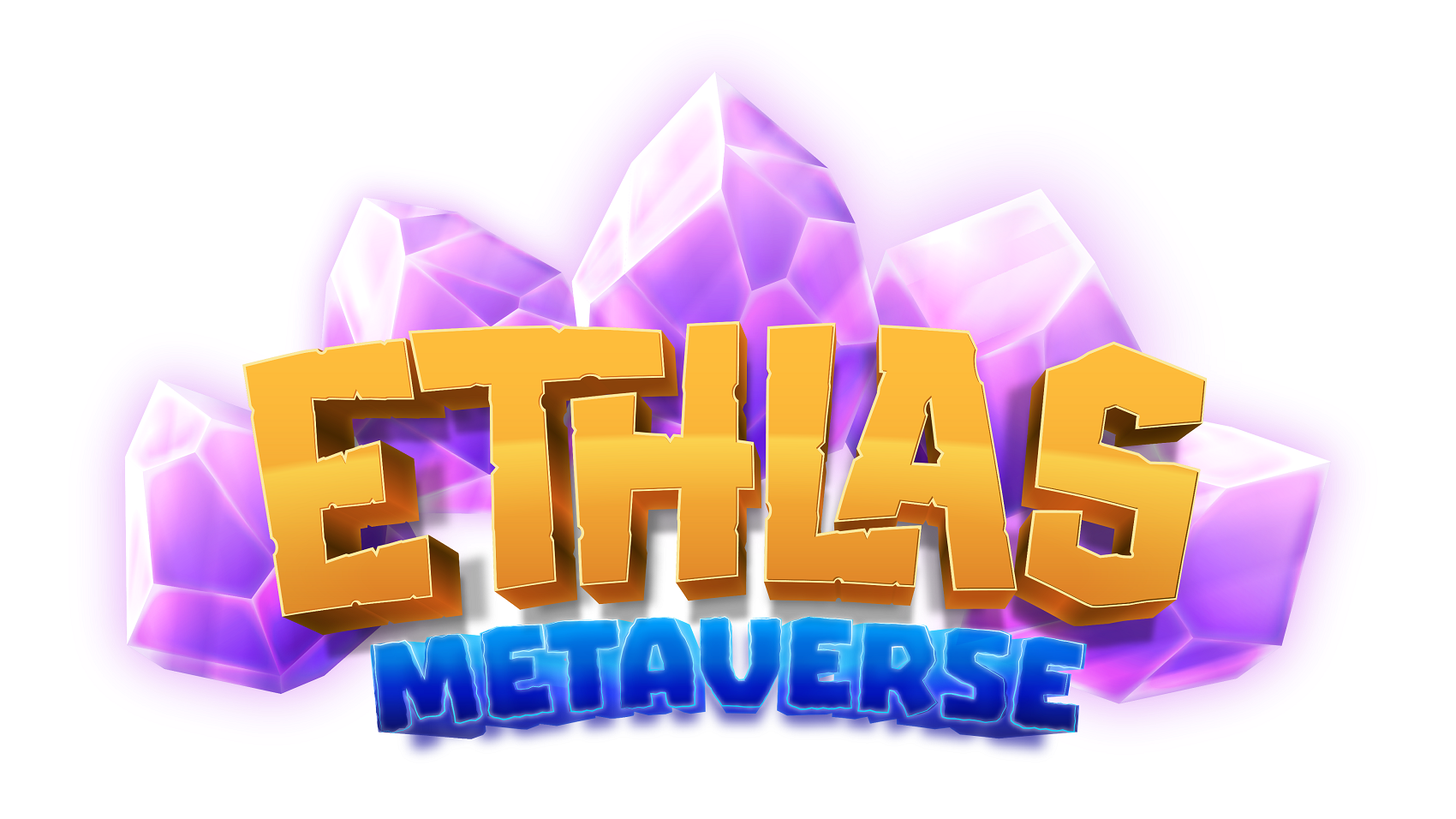 Backed by the likes of Sequoia Capital India and execs from Coinbase, CoinMarketCap and more, Ethlas is the first investor-backed game-fi startup from Singapore, and will mint its genesis NFT series in the coming weeks.

Singapore, 22 Feb 2022 – Singapore-based game finance (game-fi) blockchain startup, Ethlas, announced today that it has secured US$2.7 million in seed funding from investors such as Sequoia Capital India, Yield Guild Games Southeast Asia, Global Blockchain Innovative Capital, Venturra Capital, Play It Forward DAO, Blockchain Space, Genesis Fund, Deus Ex DAO, Hustle Fund, and executives from Grab, Coinbase, Switcheo and CoinMarketCap. The hitherto stealth start-up has also unveiled the identities of two of its four founders: American Gennady ‘Ari’ Medvinsky and Singaporean Elston Sam, who have both worked in top tech companies such as Google, Microsoft, Grab, and Airbnb. The identities of the other two founders – one of whom is a very senior executive with a Big Tech firm – will be disclosed in due course.

The three-month-old Ethlas is the first game-fi startup founded in Singapore to have secured serious investor money, underlining the confidence that VCs have in this fledgling tech startup that first launched quietly in November 2021. Built on the Polygon blockchain, Ethlas has chalked up over 100,000 crypto-wallet users globally and scored some three million gameplays on its platform as of end-January 2022. The rapid scale that Ethlas achieved product-market fit has been one of the key reasons for its seed fundraising success.

According to a Bloomberg report in January 2022, the number of blockchain games grew nearly threefold: from about 200 in 2020 to more than 544 in 2021. Most game-fi platforms have a high barrier of entry, requiring gamers to pay subscription fees or have upfront capital. On the contrary, Ethlas – a portmanteau of “Ethereum” and “Atlas” – is a free-to-play, play-to-earn platform which helps the lay person win and encash cryptocurrency, by participating in simple, easily-understood casual games that everyone is familiar with. Think Tetris, Candy Crush and Bubble Popper but way cooler. To start playing, gamers just need to install MetaMask, a software crypto wallet or link their wallets, and they can start playing in the Ethlas metaverse on a PC or mobile phone’s browser. There are no complicated onboarding rules or requirements to sign up with a hefty subscription fee.

As part of its product roadmap, Ethlas will mint its first series of non-fungible tokens (NFTs) called Komos. Modelled after the Komodo Dragons of Indonesia, the Komo NFTs will benefit both free-to-play gamers and crypto natives: Free-to-play gamers can use the five tiers of the Komo NFT to boost their gameplay and secure more $XGEM (Exchange Genesis Ethlas Medium), the in-game cryptocurrency in the Ethlas metaverse; crypto natives can benefit from the intrinsic value of a well-designed NFT that has in-game utility and facilitates scholarships (NFT rental). The Komo NFT series will be available before end-February 2022. Ethlas is also working with game studios to launch their games on their platform through a revenue-sharing model.

“The unique value proposition of Komo NFTs is that they do not only function as game passes on Ethlas granting players special access to games and features, they are also asset-backed NFTs, which consist of staked tokens wrapped as an ERC-721 token that has recently started gaining popularity. Ethlas’ Komo NFTs possess both intrinsic artistic as well as monetary value, thereby driving up their desirability as a piece of tradeable art. Most game NFTs do not provide such value as Komo,” says Ethlas co-founder, Elston Sam.

Moonshot vision of one billion users

The founders of Ethlas were intrigued by the potential of game-fi when they read of Filipinos earning more money from playing games on game-fi platforms than from their day jobs. With their convictions that Web 3.0 will be powered by cryptocurrency and its social impact, the four founders decided to take the plunge and leave their well-paying jobs to build Ethlas. Their moonshot vision: make crypto inclusive and accessible by onboarding the next billion non-crypto users onto the Ethlas metaverse. Ethlas has plans to work with regulators to develop a framework for game-fi as it believes regulations and consumer education are key to facilitate the growth of this currently nascent but immense game-fi ecosystem in a safe and controlled manner.

“Consumer gaming platforms can amass millions of engaged players – combine that with asset ownership through NFTs and a crypto rewards layer, the network incentives fall back into the hands of the players. This is an immensely powerful flywheel. We also like that Ethlas is onboarding native gamers onto Web 3.0 and that the team is hyper-focused on delivering a delightful gaming experience. We have been very impressed with the platform’s rapid user adoption and high gamer engagement, suggesting strong future growth prospects,” Aakash Kapoor, Vice President, Sequoia India.

“We recognise that blockchain has a high barrier of entry, and currently appeals only to a skewed demographic. While GBIC is always looking out for blockchain startups to invest in, we are looking for those with a serious direction and vision. The direction of Ethlas was very clear and we believe in their vision that games will be a significant channel to onboard the next billion users into crypto. Unlike the current play-to-earn games, Ethlas’ operating model allows even people who do not even know crypto to just do a one-click sign in with MetaMask, and they can play for fun and earn. We are excited to be one of the early VCs to help Ethlas take flight,” says Sinhae Lee, Partner, Global Blockchain Innovation Capital.

Ethlas has built up a team of more than 20 blockchain engineers, game developers, data scientists, cybersecurity experts and designers, based out of Singapore, Philippines and the United States. The startup is founded in Singapore as the country has a good tech ecosystem that fosters and enables innovation, especially in crypto, and has good access to venture capital. It will leverage its seed funding to aggressively hire tech talent in the Web 3.0 space.

Launched in November 2021, Ethlas is a free-to-play/play-to-earn blockchain-based game finance (GameFi) Metaverse built on the Polygon chain, the protocol for enabling interoperability and scalability within the Ethereum blockchain ecosystem. Founded by a group of four tech leaders with extensive experience in leading teams across tech giants such as Google, Microsoft, Airbnb and Grab, etc, Ethlas is headquartered in Singapore with offices in San Francisco Bay Area and New York, United States, and Manila, Philippines.

Within two months of its beta launch and with minimal marketing, Ethlas chalked up more than three million gameplays with over 100,000 unique wallet IDs to its gamepage. Ethlas minted its first Windblown asset-backed NFTs in December 2021.

The Ethlas GameFi metaverse has been voted “Best NFT Project” by Polygon, and ranked the number one blockchain casual game on PlayToEarn.net, which tracks and ranks the most popular crypto and NFT blockchain games.

For media queries and interviews, please reach out to [email protected]

A founding member of Grab’s Growth team, Elston is Ethlas’ “growth hacker” building on his expertise and experience in driving product growth with Grab, Airbnb and Chinese e-commerce platform, Jumei.com. At Grab, Elston led the expansion of the Grab Daily news feed into major markets such as Indonesia, the Philippines, Thailand, Vietnam and Malaysia, which was pivotal in shaping Grab’s ‘everyday app’ strategy.

The avid gamer – he once played for 12 hours straight on his Playstation till his TV started emitting smoke – seeks to change the status quo where current access to crypto is disproportionately skewed in favour of wallet spend and academic qualifications, and believes that games could be a channel to help widen blockchain’s appeal and accessibility to the mass consumer market.

The Singapore’s Nanyang Technological University graduate with a Bachelor of Business, Data Analytics, was instrumental in helping Ethlas garner more than 2.5 million gameplays and over 80,000 unique wallet holders within 10 weeks of its launch. He will be driving Ethlas’ growth strategy and product roadmap as it works towards achieving its vision of one billion users. https://www.linkedin.com/in/elstonsam

Based in Redmond, United States, Ari has more than 20 years of experience in software engineering and security architecture: he has built products and platforms with some of the world’s leading tech companies such as Microsoft, Grab and more recently Google.

In his time with Google – over two stints that saw an interlude with Grab – Ari’s contribution included leading a team responsible for onboarding and integration of Cloud IAM service with Google Cloud Platform. As Grab’s Head of Engineering, IAM from 2017 to 2020, he founded and grew a team of 20 IAM engineers in Grab’s Redmond office. His team built GrabID – Grab’s proprietary authentication and login system – that now supports hundreds of millions of Grab accounts across Southeast Asia and enabled third-party integrations on interfaces of GrabPay and merchant partners. In his eight years with Microsoft, some of his achievements included co-designing an anti-piracy solution for Microsoft Xbox for PC and console gaming, as well as co-architecting the security design for the now defunct Microsoft Kin One phone.

The United States citizen has a PH.D. in Computer Science from University of Southern California. His publications and thesis (1997) on “NetCash: a framework for electronic currency” were cited by over 160 academic papers; NetCash was one of the early experimental systems in the 90s that foreshadowed today’s cryptocurrency wave. Ari’s technical skills and knowledge in crypto will be vital in achieving Ethlas’ moonshot vision of becoming the world’s foremost game-fi platform.