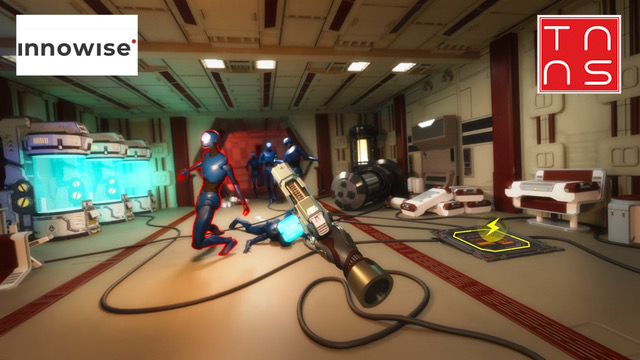 The games to be produced by both companies will allow the linking of NFT avatars created in the TNNS NFT marketplace, and will also feature a yearly tournament where top finalists with compete against each other

January 11th, 2022: TNNS Pro is delighted to announce that it has partnered with the full-cycle software development company, Innowise Group, to produce a series of e-sports games within the VR.

According to both companies, the games to be developed will all be sports-related and will allow players to link their NFT avatars created in the TNNS NFT marketplace. Adopting multiplayer features similar to that of popular games like Fortnite, these new series of games will also be play-to-earn and will give players the opportunity of winning up to 500 $TNNS tokens after each match.

TNNS Pro has also revealed that a yearly “Champion of Champions” competition will be held in Las Vegas and will see finalists compete against the top-ranked player in live events.

“We’re elated to be working with Innowise Group on this exciting project. Together we will build some of the most amazing play-to-earn sports games in VR and take players on an incredible adventure.” – TNNS Pro.

The first game of the series, soon to be available to players, is a VR Tennis play-to-earn game which both companies have promised will be ready by July 2022.

Innowise Group is an international full-cycle software development company. Founded in 2007 by a group of passionate IT enthusiasts from Belarus, the company boasts of more than 800 top-notch IT professionals with considerable software engineering expertise, which it employs to deliver up-to-date custom solutions for SMEs, startups, and IT partners across the globe. Its services include full lifecycle software development, software architecture, prototyping for startups, and much more.

TNNS Pro is a digital software company focused on building a better future for sports. Recently, TNNS Pro developed an NFT marketplace (now in beta) using smart chain protocols and has also facilitated the creation of exclusive NFTs for certain internationally recognised sports legends. Described as the blockchain token for sports, the TNNS platform fosters collaboration between athletes, digital artists, musicians & filmmakers. The company promises to unveil more exciting and innovative projects within the coming months, all aimed at making good on its promise to take sports to incredible new heights.