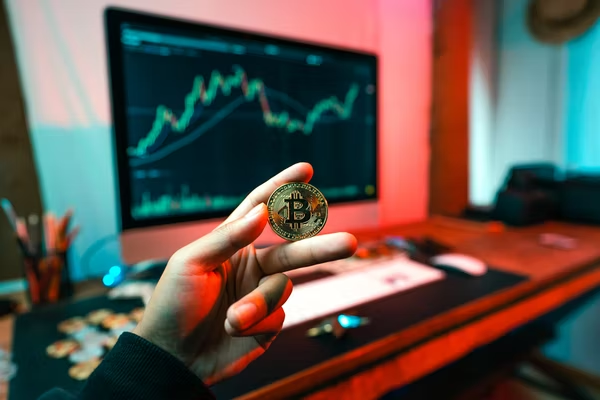 Top 3 Crypto Assets to add to your Watchlist in 2022: GryffinDAO, Harmony, and Cronos

Cryptocurrencies have been a game changer for the financial services industry, which has till now been dependent on a traditional system to generate wealth. With fast-evolving blockchain technology, digital assets have also developed to cater to the needs of a wide audience while posting impressive results. According to a report, in 2020-21, the value stored in decentralised finance protocols like cryptocurrency platforms registered a 14-fold increase over the previous year. The jump in figures reflects the unmatched potential of these digital assets that had outperformed many conventional assets even when market conditions were far from optimal. Suppose you are worried about crypto prices going down. In that case, you can start by investing in options like GryffinDAO (GDAO), Harmony (ONE), and Cronos (CRO), which have a history of posting sustained results. Here’s a quick look at what sets them apart.

GryffinDAO: Crypto trading with a difference

The blockchain-powered platform enables users to trade financial products like cryptocurrencies. GryffinDAO has its own native token called GDAO. It can be used for many transactional purposes, including staking, bonding, yield farming, contributing to airdrop rewards, and liquidity pool provisioning. The GDAO Token can be bought on presale. However, such tokens might have a lock-in period of up to two months. The provision for a vesting period is aimed at maintaining ample liquidity at all times and minimising price fluctuations.

Another use of the GDAO Token can help users get voting rights. GryffinDAO’s governance structure is decentralised autonomous organisations-patterned, which focuses on including the voices of all stakeholders. So, when a community member pitches a proposal regarding an operation issue like a new partnership or project, token holders can vote for it and thereby contribute to the platform’s development.

While the GDAO Token has multiple use cases, it is built on a deflationary model which tweaks its supply by burning tokens so they remain scarce in number and their value doesn’t fluctuate. It’s controlled algorithmically to keep its price stable. These tokens are pegged to other decentralised assets to keep fluctuations at bay. The mechanism also burns or mints new tokens when the supply dips or rises above the optimal level.

GryffinDAO has a well-rounded NFT mechanism that allows access to these digital assets for the average investor. Users can auction and trade NFTs in a secure virtual marketplace on the platform. NFT holders can participate in lottery contests with attractive prize pools distributed every four weeks. The size of the prize pool depends on aftermarket sales and minting rates.

The open-source system’s claim to fame is its two-second transaction finality and cost-effectiveness. The average cost of each transaction on Harmony is roughly $ 0.0001, and the total value of assets currently locked in the platform is $1.9 billion. The platform has its native token one that can be used for all transactional purposes that users may encounter in the Harmony ecosystem. Its key USP is how it strikes a balance between decentralisation, stability, and security via state sharding randomly—leveraging 250 nodes per shard and cryptographic re-sharding shields investors’ assets against security attacks.

The decentralised platform is built on Ethermint and facilitates seamless porting of dApps and smart contracts to Ethereum-compatible virtual machines and platforms. The blockchain network has launched its own native token CRO that comes in handy while users have to meet any transactional obligation like staking, yield farming, earning rewards, and much more. Its Cronos EVM Fund also grants funds to the tune of $1 million for each project to promising ideas pitched by third-party developers.