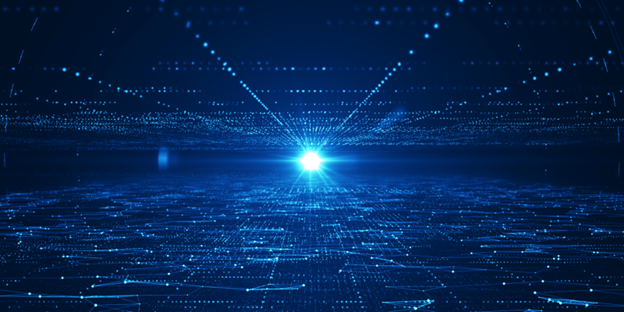 After all the doom and gloom of 2022, it’s good to look forward to the new year with a newfound sense of optimism. There’s a rising feeling that the crypto market is set to bounce back, with certain new and established players ready to skyrocket. With that in mind, here’s a list of the top cryptos set to moon in 2023. Read on to find out how these stars will shine… and which one will shine the brightest.

All of the companies in this list of top cryptos to moon have the potential to go sky-high. But it’s companies in the GameFi sector that look set to reach for the stars, with crypto gaming predicted to explode in the coming year. Metacade is perfectly placed to take advantage of the boom in demand for P2E (play-to-earn), with its superb range of metaverse and arcade games where players can earn revenues and rewards.

Metacade is not just for gamers, however. It’s a complete crypto gaming ecosystem which works for developers and crypto enthusiasts alike. Developers can use the platform to test, develop and market new games, organize competitions, and find new employees. Meanwhile, crypto fans and investors can benefit from attractive staking and investment opportunities. Bringing all aspects together, Metacade could quickly become the Ultimate Web3 community hub for the P2E industry.

The Metacade presale is selling out quickly. The presale has already raised over $1.8m, sure proof that investors understand the value and huge potential of Metacade’s business proposition. Metacade is ready to take off in 2023, and even better, if you act right now, you can still buy in at the highly attractive presale discount. To the moon? To the stars and beyond!

Sporting history is peppered with stories of great comebacks, from Muhammad Ali to Michael Jordan, and from the Boston Red Sox to Liverpool FC. Is Shiba Inu (SHIB) about to join that list? Could it really return to the astonishing, scarcely-credible heights it achieved in 2021? Perhaps Shiba Inu (SHIB) can never recreate those stellar highs, but there are still firm grounds to believe that, like those sporting heroes, it can recapture some of its former glories.

Granted, in a bear market, the company did lose over 90% of its value. However, even in these different times, the fundamentals for Shiba Inu (SHIB) are still in place – and that’s why it could enjoy a spectacular relaunch in 2023. It’s still the second biggest meme coin in terms of market cap, it still inspires loyalty from its large group of followers, and the new Shibarium platform will underpin a raft of new DeFi services. All of which proves that there’s life in the old dog yet.

Polygon (MATIC) is proof that it’s not only market newcomers who offer innovation, excitement and great returns. Indeed, some would argue that established players, with a proven track record, are a safer bet, especially in the longer term. What can’t be denied is that between the middle and end of 2022, Polygon (MATIC) saw its value virtually double, and its price pre- and post-FTX remained remarkably consistent. That surely speaks volumes about the company.

Polygon (MATIC) is attractive to investors precisely because it’s attractive to developers and many other users. It takes full advantage of the security, flexibility and stability of the Ethereum (ETH) network – but adds faster and cheaper transaction processing. It also makes it easy for developers to create new protocols and apps, which then add to Polygon (MATIC)’s impressive trade volumes. Some companies promise you the moon and stars, but Polygon (MATIC) delivers.

Some people might be surprised to see Ripple (XRP) on the list of the top 7 to the moon cryptos, given that the company’s long-standing lawsuit with the SEC is still rumbling on. Of course, any investment carries with it a degree of risk, and if Ripple (XRP) does lose its case, its value will tumble. Then again, if it emerges victorious, it goes without saying that the share price will strongly surge the other way, and investors will be rewarded accordingly.

Amongst the ongoing uncertainty, what remains clear is that Ripple (XRP) has a product that people want and love. The ability to make currency transfers in a few seconds and at a reasonable price will appeal to anyone who has encountered the exorbitant fees and long delays associated with traditional banks. If you’re the type of investor who buys into the concept “the greater the risk, the greater the reward” then Ripple (XRP) could be right for you.

In the rush to identify the best newcomers in the crypto world, it’s often easy to forget that the best prospects may already exist. Sure, Ethereum (ETH) saw its value over 2022 fall by two-thirds to around $1200. But by a long way, it’s still comfortably the second biggest crypto by market cap, and there are plenty of other players who would be only too happy to have matched Ethereum (ETH)’s performance in the past 12 months.

What’s more, the current low price equates to a lot of scope for upward movement when the overall market picks up again. Ethereum (ETH) has a bunch of new developers working on adding new features and functionality in 2023. And with countless companies using it as the platform for their apps and product offerings, the future for Ethereum (ETH) looks bright. It still remains a top prospect for 2023, and beyond.

You need a rocket to reach for the moon, but that’s not the only reason Rocketize (JATO) features as a top 7 to the moon cryptos. Although the market still seems to have an appetite for pure meme coins, more savvy operators like Rocketize (JATO) are positioning themselves as a “meme coin plus” – in this case, as a DeFi meme coin. Built on the Binance smart chain, Rocketize (JATO) plans to tap into the increased demand for smart contracts and similar apps.

Rocketize (JATO) doesn’t stop there, though. It’s almost as if it has looked at every hot ticket on the market at the moment, and included that functionality in its roadmap. Thus the company’s forward-looking plans include building links to leading networks like Fantom, Polygon and BSC, the launch of two NFT platforms, and hosting for GameFi. If it can genuinely keep all of its promises, Rocketize (JATO) could be a superstar in 2023 – although it may take longer to deliver.

Traditionally, there has been a gap between start-ups seeking finance, and small investors who would like to buy into these companies. Orbeon Protocol (ORBN) aims to bridge this divide in the VC and crowdfunding market. It works by converting new business ventures into NFT’s, which are then fractionalized and marketed at affordable prices. It’s a win-win, as start-ups can access funding quickly and easily, and small investors can invest in the best new companies.

In fact, Orbeon Protocol (ORBN) offers a full suite of investment services. Users can buy, swap, hold and manage their cryptocurrencies and NFT’s in one place. And start-ups can reward investors with equity-based NFT’s and other perks. Given the success of its presale, Orbeon Protocol (ORBN) is definitely doing something right. If it can maintain its momentum, and differentiate itself from the competition, there’s every chance it could be a top prospect in 2023.

In this grouping of the top 7 cryptos set to in 2023, all the companies listed – Ethereum (ETH), Metacade (MCADE), Orbeon Protocol (ORBN), Polygon (MATIC), Ripple (XRP), Rocketize (JATO) and Shiba Inu (SHIB) – have the potential to come out on top. But to make a definitive decision, it’s instructive to look at which market sector has the most exciting growth prospects into 2023 and beyond.

The GameFi market looks like it has the greatest potential for growth, and that means Metacade (MCADE) is the clear winner here. A standout player in the P2E and crypto gaming sector, it also has the advantage of currently being available at the best presale price – but not for too much longer, so don’t delay your investment decision!

You can buy the best cryptos at eToro here.
You can participate in the Metacade presale here