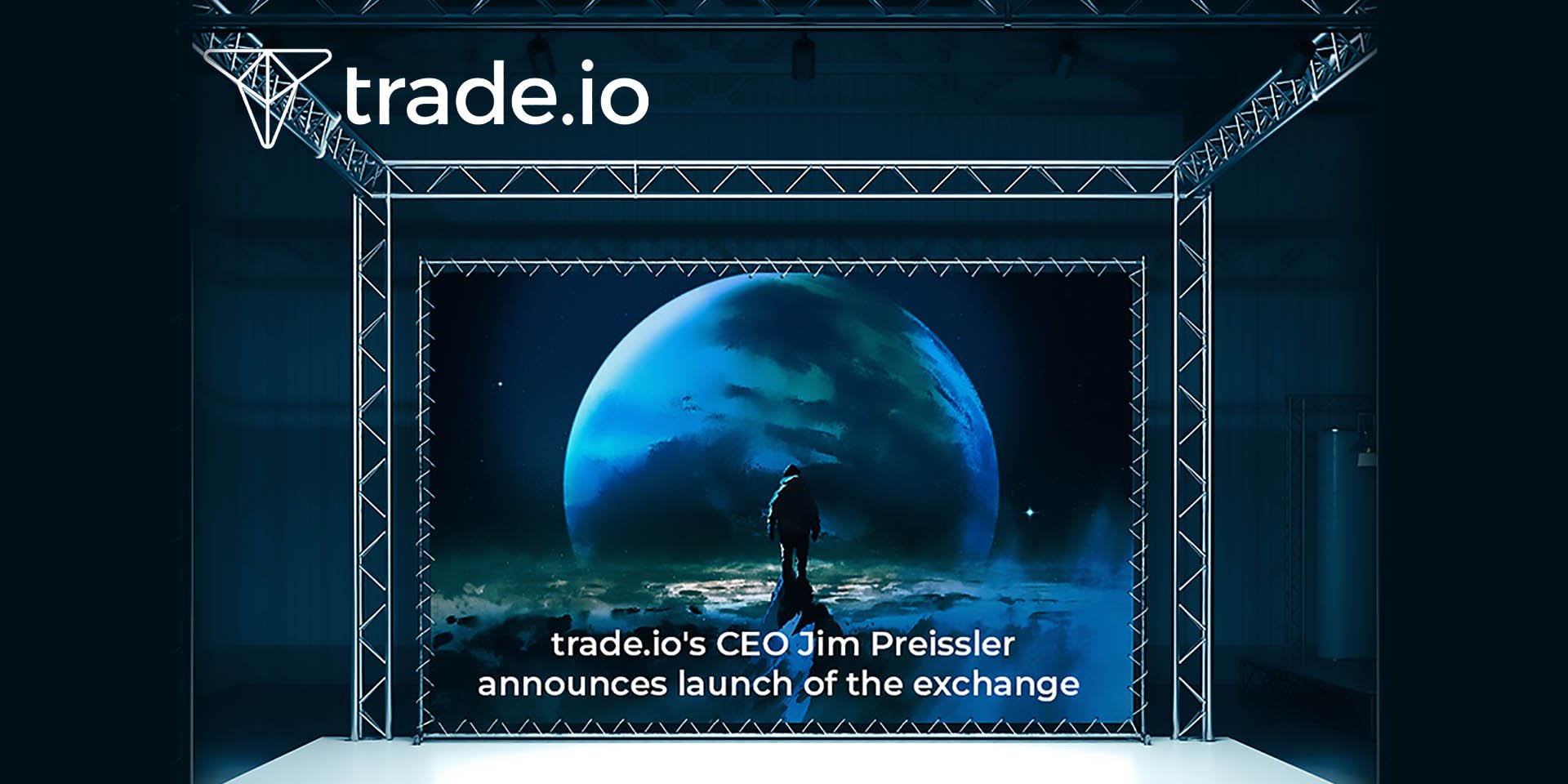 Friday 29th June 2018, Lugano, Switzerland – trade.io’s CEO Jim Preissler today announced during his keynote speech at the trade.io sponsored, Bloomberg event in London, England, that the Exchange, the flagship product of trade.io, will be launched on July 17th, 2018. The announcement comes after months of anticipation across the crypto world where they have eagerly prepared for the launch of trade.io’s live Exchange, and later its Liquidity Pool.

For the first month of launch, the company has also announced that they will offer commission-free trading to registrants.Pre-registration to the trade.io exchange is available here: https://exchange.trade.io

Today marked a truly special occasion as trade.io celebrated the announcement of the launch with not just one, but two milestone events. The first of which was titled “The Future of Cryptocurrencies”; Bloomberg’s first ever cryptocurrency event. The event was broadcast live to Bloomberg Terminals’ many thousands of daily users and also live-streamed on trade.io’s website. The collaboration with trade.io was an attempt to bridge the worlds of traditional finance with blockchain/cryptocurrency by bringing some of the brightest minds and most innovative thinkers together, for a one-of-a-kind event. This event will be live-streamed on https://trade.io/future-of-cryptocurrencies.

In conjunction with the Exchange launch date announcement, trade.io also hosted a guerrilla coffee campaign, which took place at one of London’s busiest commuter hotspots and financial centers, Canary Wharf station, whereby more than 350,000 people pass through every day.

trade.io believes in constantly exceeding community expectations and today was no exception. Over 13,000 free coffees were served in trade.io branded cups, at the busy London Underground station as well as in 20 independent coffee shops in the City of London. In addition, numerous chocolate coins emulating the company’s cryptocurrency, the Trade Token (TIO), were distributed across various London venues, and both these and the coffee cups offered an opportunity to register in the company’s popular airdrops campaign.

The company has also made plans to exhilarate the crowds at Canary Wharf Station today, with a surprise flash mob of dancers dressed as astronauts. This is being live-streamed on the company facebook page www.facebook.com/trade.io

Global press were also present at both of these uplifting events, in order to disseminate footage of interviews and other key events on international television and media channels.

We are thrilled to announce the launch of our trade.io Exchange. The community has been eagerly waiting, so it gives me great pleasure to announce that we will finally launch on 17th July. It will be a staggered launch to 1,000 people initially, with future clients to be on-boarded in the days to follow.

Following the BETA version of our Exchange where select members tested the platform, we are confident that we will satisfy the specifications stipulated to us by our community, and look forward to sharing in the successes of our upcoming official Exchange.

The first lucky 1,000 people to experience the trade.io platform, will be contacted via email in the days before the launch.

trade.io is a next-generation financial institution based on blockchain technology, providing the ultimate in security and transparency. By leveraging decades of experience in the investment banking, trading & FinTech sectors, and combining them with the power and transparency of the distributed ledger, trade.io has created a truly unique exchange that will revolutionize asset trading and investment banking.