Two of BlackRock’s fixed-income managers have resigned from the world’s largest asset manager to launch a cryptocurrency hedge fund.

The two BlackRock ex-managers are Adam Grimsley, who was a fixed income specialist for eight years, and Michael Wong, who was the senior portfolio manager and head of fixed income asset allocation, are launching a cryptocurrency hedge fund called Prime Factor Capital.

Grimsley and Wong are partnering with Nic Niedermowwe, an Oxford Maths PhD. He will serve as the chief executive, while Wong and Grimsley will head up as CIO and Head of Investment Solutions, respectively. 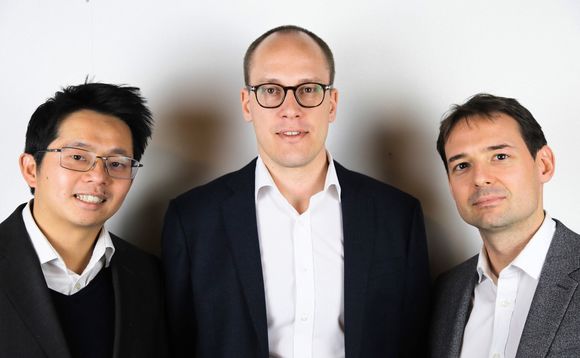 Niedermowwe hopes to gather a total of £10m in assets (equivalent to $14 million) under management and intends for Prime Factor Capital to become the BlackRock of crypto asset managers. He goes on to say:

Regulation is still in its early stages but it is evolving rapidly, and we are working with regulators to ensure we are ahead of the game.

This announcement comes after the six largest asset managers confirmed their plans for not investing in Bitcoin. Despite the steady growth, these market players are more concerned with the “bubble” label slapped onto Bitcoin by critics.

According to the new index launched by Hedge Fund Research, investors have a huge interest in cryptocurrency hedge funds. There was “explosive growth” in crypto hedge fund interest by investors over the course of the last year. The number of hedge funds tracking such strategies rose by 3,175% in 2017.

Grimsley detailed the broad variety of investors, such as individuals, family offices, and institutions, who aspire to broaden their income portfolio by investing in cryptocurrencies. Grimsley said:

There is a huge opportunity to bring professional skills to the table. There is a lot of talk from large institutional managers about being innovative but they are not doing so, we are. That is where Michael comes in, in terms of portfolio construction and the way the fund trades, making sure we are compliant, not only capturing the best returns but doing it in a safe way.

We will offer investors exposure to large cap crypto assets. It tends to our background in fixed income where it is about picking market exposure, having diversification and not so much about picking the winners but avoiding the losers.

According to Neidermowwe, investors involved in cryptocurrencies tend to face issues. He is concerned about inexperienced hedge fund investors, saying:

Many don’t know how it works, how to install them, how to allocate. Whether they just buy bitcoin or a range of cryptocurrencies — compliance issues while storing them securely is a big concern.

The Hype of Cryptocurrency

Grimsley and Wong are not the first asset manger executives to jump ship for the crypto world. Petro Levchenko, who was a director at Credit Suisse and spot trader at FX, joined a crypto start-up. Also, Travis Kling, a former portfolio manager at Poin72 Asset Management, left the firm to get involved in the crypto investment marketplace.

Niedermowwe and his partners believe Prime Factor Capital is an opportunity, but they understand the reluctance of large asset manager firms to get involved in cryptocurrency. Niedermowwe points out:

The market is still at an early stage. It’s rare for a big institutional asset manager to commit to a new asset class. Particularly if they don’t feel the market is there. It’s not surprising that they’re biding their time. We view this as an opportunity.

Do you think more financial executives will leave their firms to start up their own cryptocurrency enterprises? Let us know in the comments below.