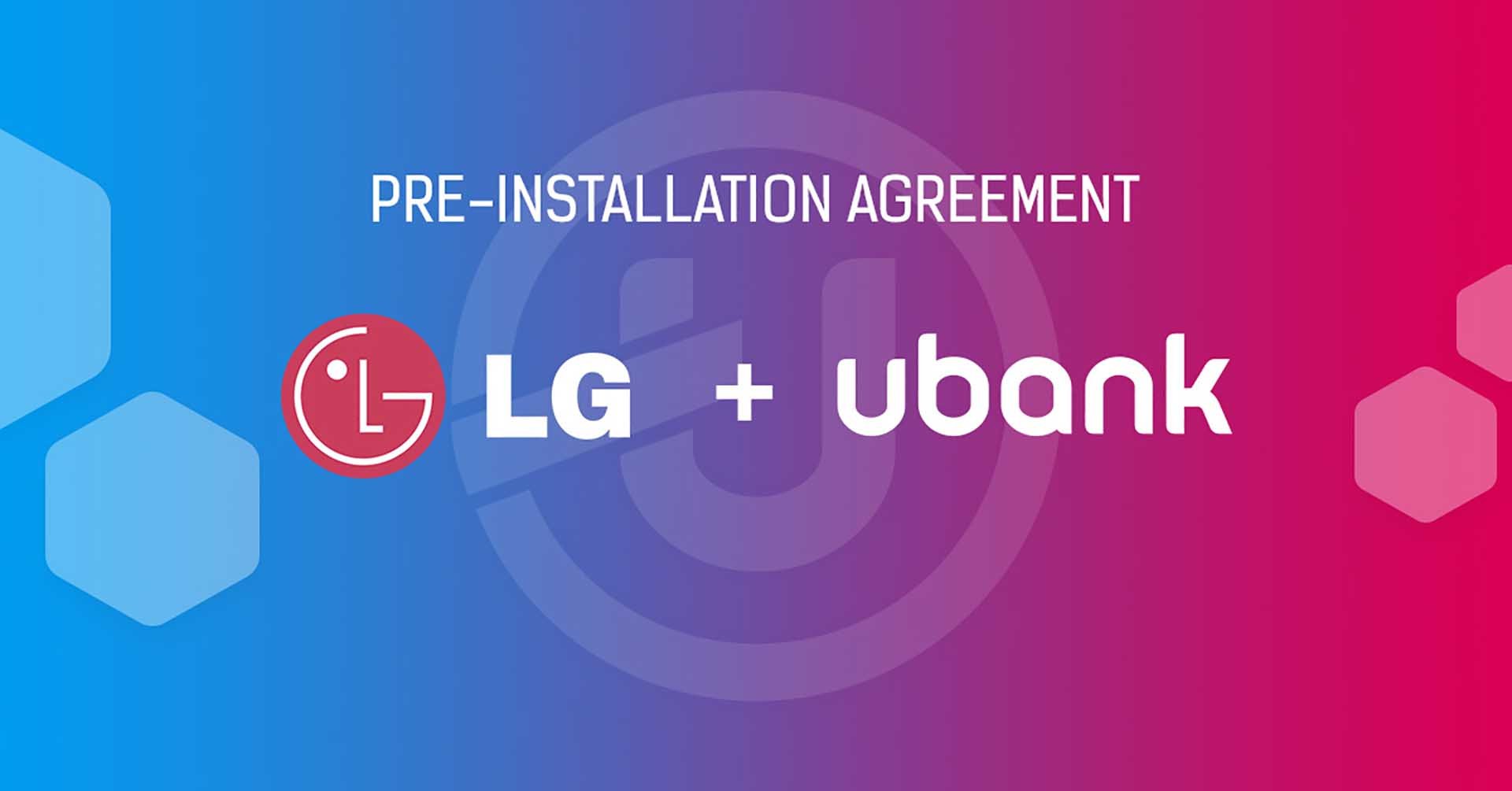 The mobile payments app Ubank will be pre-installed by the South Korean company LG Electronics on its smartphones, which will become gradually available in various world markets. The Ubank app is already pre-installed by Samsung in 10 countries.

Ubank, the leading mobile payments app in Eastern Europe, announced that it has signed an official agreement with LG Electronics stipulating that the app will be pre-installed on LG smartphones. That means that all the users of LG phones will join the users of Samsung and Fly smartphones that have the Ubank app pre-installed on them. LG users will also be able to pay for any services and transfer funds instantly. The first batch of the manufacturer’s devices featuring Ubank as a pre-installed feature will come into the market in September 2018.

The users of LG phones will also have access to the Ubcoin Market, which is an eBay-like blockchain platform developed by the Ubank team that enables people to acquire cryptocurrency in exchange for real goods.

Ubcoin Market utilizes decentralized technologies to create an easy-to-use tool that solves problems of people wishing to enter the world of crypto investments in a hassle-free manner. Ubcoin additionally is useful for experienced blockchain market participants in need of a convenient method of spending their crypto wealth. Ubcoin Market will become an integral part of the Ubank app by the end of 2018.

Currently, Ubcoin Market is conducting its public token sale during which the project has already raised substantial funds from private and institutional investors, including the Inventure fund and the Singapore-based Amereus fund.

We are excited to become partners with such a successful project led by a talented and experienced team as Ubank. We are sure our users will be excited, too, — be it those who merely want to have a convenient mobile tool for checking balance on all of their cards and quickly conducting any of their day-to-day financial transactions or those who want to be on the cutting edge and enter the world of cryptocurrencies.

We are thrilled to have our app pre-installed on the devices produced by LG Electronics, one of the largest smartphone manufacturers in the world. This partnership is doubly important to us because LG, as a South Korean company, is willing to provide its deep insight into different national markets of the Asian continent, which, undoubtedly, will facilitate our future development in the region. We consider the partnership with LG as a logical and inspiring step after the successful long-time partnership with Samsung.

Ubank is planning to start Ubcoin Market’s expansion into the Asian market during the 2nd and 3rd quarters of 2019, and the partnership with LG will be highly valuable in that respect. LG smartphones featuring the pre-installed Ubank app will become gradually available in various world markets, including the Asian countries.

Earlier this year, Ubank received investment from the Singapore-based VC fund Amereus Group for the promotion of Ubcoin Market in the booming Asian market. By the end of 2018, the project is planning to open offices in Singapore, Hong Kong, and Seoul to implement the market launch strategy of the the peer-to-peer ecosystem in the region.

Ubank is the leading mobile payments app in Eastern Europe that has been operating since 2009 and, as of today, has 2.5 million active users, more than 16 million downloads around the world, and has been pre-installed by both Samsung and Fly. The Ubcoin Market will become part of the Ubank app as a new feature.

In 2013, Ubank received an $8 million investment from Runa Capital, in April 2018, an undisclosed amount of funding from Inventure Partners, and in May 2018, an undisclosed amount of funding from Amereus Group. To learn more about the vision and the structure of Ubank visit https://www.ubank.ru/. To learn more about its global blockchain goods-to-crypto exchange platform Ubcoin Market visit https://ubcoin.io/en.