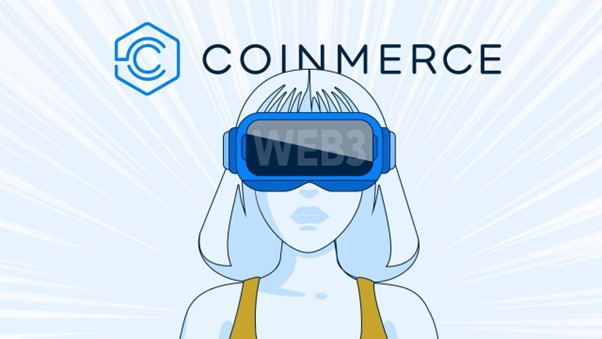 Everyone would agree that the world is becoming increasingly digitized, with the aptly named ‘Web 3.0’ era seemingly just around the corner. However, there is still some difficulty in terms of defining what Web 3.0 actually is, as this is a relatively new concept which warrants further explanation.

Before discussing Web 3.0, it is firstly crucial to understand what its predecessors, Web 1.0 and Web 2.0, are. Although the Internet was first introduced in the 1980s, it didn’t come into its own until the 1990s, which is when different kinds of websites could be created and visited. At the time, these websites appeared to be extremely simple in design and had nearly none of the capabilities which their modern equivalents currently possess.

Between the years 2000 and 2005, Web 2.0 arrived. Websites were starting to be built using advanced programming languages like Javascript, HTML5, and CSS3. These programming languages provided developers with additional options, allowing them to create more complex websites. The Web 2.0 era is perhaps most notable for creating sites such as Facebook, Twitter, and YouTube. This is because users can interact with these websites, allowing them to instantly communicate with other people all over the world. The birth of social media as we know it today also began and continued during the Web 2.0 phase, but now it is time for the next stage in digital evolution which is Web 3.0.

Web 3.0 refers to the “new Internet.” It describes a type of Internet provided by the blockchain, which is essentially a network of thousands of computers that are linked together. On these computers, everything which occurs on the blockchain is recorded, thereby providing a level of transparency and fairness not previously seen in any past iteration of the Internet.

Due to this, no single party has access to all of the data which also makes storing data on the blockchain considerably safer. The usage of private and public keys additionally ensures that only the true owners of any given data would have access to it.

Most important Web 3.0 cryptocurrencies and the significance of the metaverse

The metaverse is a digital 3D world accessible via VR equipment, usually a headset or glasses. This gives the impression that users are physically present in this world, after which they can do all kinds of things like talk to their friends, go to concerts, attend conferences, play games, shop, and so much more.

Layer-1 blockchain projects are essential for Web 3.0. A layer-1 blockchain serves as the foundation for crypto projects. Bitcoin and Ethereum, for instance, are layer-1 projects because they are creating their own blockchain, the development of which is at the root of the Web 3.0 era. As such, some of the more prominent Web 3.0 cryptocurrencies include Bitcoin (BTC), Ethereum (ETH), Cardano (ADA), Polkadot (DOT), Solana (SOL), Polygon (MATIC), Stellar (XLM), and so on.

Furthermore, the metaverse is a crucial component of Web 3.0, and many blockchain projects are actively working on it. In fact, some of the most well-known global companies like Samsung, Emirates and JPMorgan have already started implementing the metaverse into their respective features and services.

Ultimately, we have only just begun to truly comprehend where ‘Web 3.0’ can lead us and a lot of work is yet to be done. However, if the abovementioned information is any indication, the world could be entering the next stage of digital evolution sooner rather than later.

Coinmerce is a Dutch trading platform for crypto. Nick and Luc Smits van Oyen, two brothers, founded the company in 2017. They wanted to help other people buy crypto. Therefore, the platform can be used by anyone, at any time and from any place.

Innovation, accessibility and integrity are Coinmerce’s core values. If you use Coinmerce, you will soon find out that the company is committed to these core values at all times. Not surprisingly, Coinmerce had over 100,000 customers by the end of 2021, which has only grown since then.

Once you have registered your account, buying crypto is actually quite simple. You log into your own account by going to coinmerce.io or the app. Next, you go to the coin you want to buy, and then specify the number of coins. Some coins, like Bitcoin, seem incredibly pricey. Fortunately, buying a whole Bitcoin is not mandatory, and you can also buy 0.0002 of it, for example.

You can see how much Bitcoin you will receive after entering the number of euros you want to spend. Complete the order after selecting the desired payment option. After the purchase, the crypto will appear in your Coinmerce wallet.

Big Eyes Coin Set to Topple Solana and Axie Infinity as Best Performing Token in 2022, as Presale Climbs Over $3 Million